The titular protagonist of the series. He is a wanderer formerly known as Hitokiri Battousai, a deadly man-slayer who slaughtered many men in the war before the Meiji Era. note While "hitokiri" is usually translated as "man-slayer"—or a bit more literally "man-killer" from "hito" being "person" and dictionary-form "kiru" being "to kill/to slice"—the slightly more accurate translation is "assassination". "Assassin" itself has several Japanese variations. So far, the Anime's English Dub used the term "Battousai the Man Slayer" which is as close a moniker as can be to the original.

Kenshin's fighting style is Hiten Mitsurugi-ryu, now an ancient study. With this dangerous sword style, he uses his sakabatou (a sword with a reversed edge) to restrain himself from killing anyone ever again and renounces the title Hitokiri.

His birth name is Shinta, but Hiko changed it to "Kenshin" after adopting him.

A seventeen-year-old dojo instructor. Kaoru is a teacher of the Kamiya Kasshin-ryu style, a swords style used to protect people, and not harm others. Since her father was killed in the war, responsibility for running the family dojo fell to young Kaoru. After defending Kaoru from the fake Battōsai and his allies, Kenshin is invited to live at the dojo. Kaoru quickly develops a crush on Kenshin, soon falling in love with him, although she tends to violently deny it. 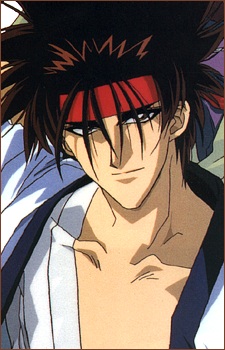 A street fighter who befriends Kenshin early in the series. As a youth, Sanosuke ran away from home to join the Sekiho Army, a group of farmers and merchants who fought for the Ishin Shishi during the Meiji Revolution. When the Sekiho was betrayed and executed by the other revolutionaries, Sanosuke escaped and becomes a fighter-for-hire to vent his anger. He is hired to attack Kenshin, a former Ishin Shishi, but when Sanosuke is defeated he becomes Kenshin's best friend and fighting partner. His real name is Higashidani Sanosuke. 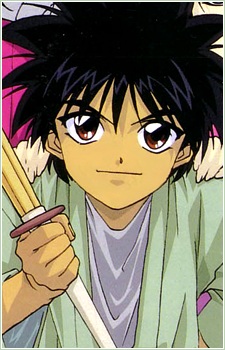 A young boy at ten years old and the son of a samurai. When he was younger, both of his parents died, and he was taken in by the Yakuza, who forced him to live as a pickpocket. Once he meets up with Kenshin and Kaoru, he decides to stand up to the Yakuza, and escapes with Kenshin's help. He joins Kaoru's dojo to become a stronger swordsman, becoming the first graduate of Kamiya Kasshin-ryū. Over the course of the series, he becomes a strong warrior. 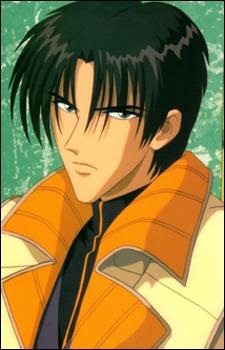 The genius young leader of the Oniwabanshū onmitsu. Known to his followers as the "Okashira", Aoshi's skills in combat, stealth and information gathering are without parallel, but having missed his chance to gain glory for the Oniwabanshū during the Bakumatsu, he led a group of his men in serving as enforcers for the wealthy industrialist and opium dealer Takeda Kanryū in the hopes of finding a new battlefield in the Meiji era.

When Kanryū made himself the enemy of the legendary Hitokiri Battōsai, Aoshi believed that his long-missed chance to prove the superiority of the Oniwabanshū had finally come. Unfortunately, Kanryū's wicked deception and greed cost Aoshi's men their lives and the shame of being defeated and then rescued by Battōsai drove the Okashira to a new vow: he would defeat Battōsai at any cost in order to gain the title of "the strongest" and offer that title at his comrades' graves. 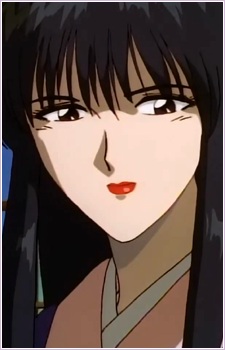 A woman from Aizu, the daughter of a famous doctor who died in the war. She was left all alone and started working in Tokyo, but her boss was killed by an industrialist; Megumi was then kidnapped and forced to make opium for him. With Kenshin and Sanosuke's support and encouragement, she becomes a doctor to atone for her past misdeeds. 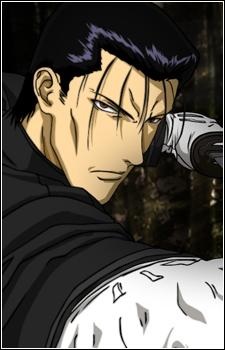 The former captain of the third unit of the Shinsengumi and currently a special agent for the Meiji Government's Department of Internal Affairs. Having a long-standing rivalry with Himura Kenshin since their days on opposite sides of the Bakumatsu, Saitō nevertheless holds begrudging respect for the rurouni and has come to his aid on assignment more than once, acting as a ruthless ally and the voice of cynical reason in the Kenshin-gumi's major battles. 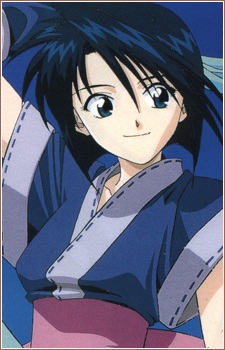 A kunoichi who was raised by the Oniwabanshū. She appears in the story after Kenshin leaves Kaoru and his friends and goes to Kyoto alone. She goes on to play a major role in that arc, comes along again for the Jinchuu arc in the manga, and also comes along for the various other adventures in the TV series.