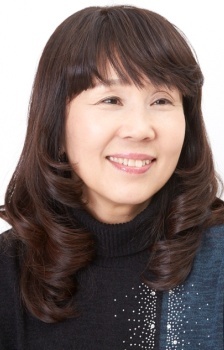 You want to describe me? How about I serve some tea to you after you do that, Troper-chan? ^_^
Advertisement:

Sumi Shimamoto (born December 8, 1954), is a prolific veteran Japanese voice actress who has been active since the late 1970's. She's probably best known for her multiple collaborations with Hayao Miyazaki, who cast her as the heroine in several of his early projects.†  That's actually out of character for him – Miyazaki hates working with professional seiyuu, preferring to do the Japanese equivalent of Celebrity Voice Actor. It speaks to her talent that he cast her anyway. She happens to be the voice acting originator of the Yamato Nadeshiko archetype (later perfected by Kikuko Inoue), but also played a few action girls back in the day. Since the 80's, she has most often been cast as mothers to main characters. At the peak of her fame in the mid-'80s, she even voiced the girl who would be princess, Diana Spencer.note In Over the Rainbow: The Story of Young Princess Diana, a 1986 anime special on TV Asahi.

She married Daisuke Koshikawa, a member of a comedy troupe called Chibikko Gang, in 1984. She apparently loves playing RPG games (and not just the ones she's in) despite now being over 60.