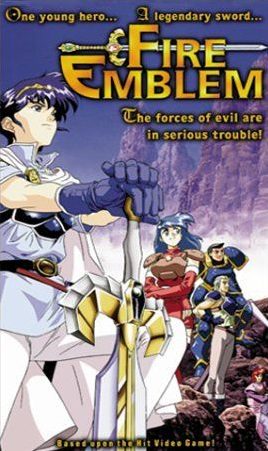 Early 1996. The golden age of gaming, as some may call this era. Nintendo had yet to release the Nintendo 64, but it was host to many popular franchises. Even then many knew of the likes of Super Mario Bros., The Legend of Zelda, Metroid, and so on. Depending on who you asked, though, Nintendo also delivered a few other series, but were predominantly in Japan. One of these series of games was called Fire Emblem, which had been around for a little over five years and saw just about as many games across the Famicom and Super Famicom.

When it came to Fire Emblem's early steps, its peak of popularity in Japan was with the third game in the series, Fire Emblem: Mystery of the Emblem. It told not one, but two adventures starring a young man named Marth, who saved his kingdom from evil. Thanks to the jump to a 16-bit console, Mystery of the Emblem was able to capture an audience wider than what the previous games had garnered, being more accessible and just more fun to play.

It was then that, a few months before the release of the following game, Fire Emblem: Genealogy of the Holy War, Nintendo and Intelligent Systems collaborated with KSS and ADV Films to release a two-episode anime OVA of Marth's journey. Unfortunately, the OVA only scratches the surface of the story and ends abruptly. Some believe the anime was canceled and there were plans for more episodes, but nobody really knows for sure what the reason was for its cancellation. What is known is that this anime was officially released on VHS and DVD, and surprisingly, was later given an English release in 1998, making this the first instance of the Fire Emblem name having any kind of presence outside of Japan, pre-dating Super Smash Bros. Melee by several years.

While currently out of print, both the English dub and a subbed version of the Japanese original are available on YouTube, if you know where to look.

NOTE: Due to how the OVA predates all other English Fire Emblem media, many characters in it have different localized names. The modern names are used on this page for consistency.