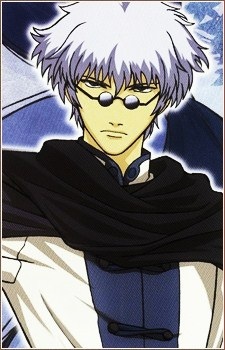 The younger brother of Yukishiro Tomoe and the primary antagonist of the Jinchuu arc, the last major story arc of the manga. Enishi wants revenge against Kenshin since he killed Tomoe. 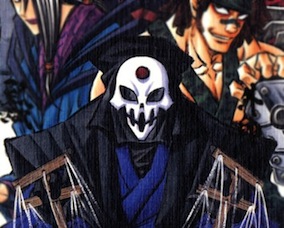 The last remaining descendant of a small group of people who mastered the art of mechanics in the Middle Ages. He creates puppet-like suits out of corpses, most notably the Iwanbou series. He is actually an old man yet he is very strong due to controlling his heavy puppets for so long. The diamond edged steel wires he uses (Zankosen) to control his puppets can also be used as a weapon as they are sharp enough to cut flesh and break bone. Gein just wants to test out his creations and needs to be around men of battle to do it since according to him, the forefront of technology is always in battle. 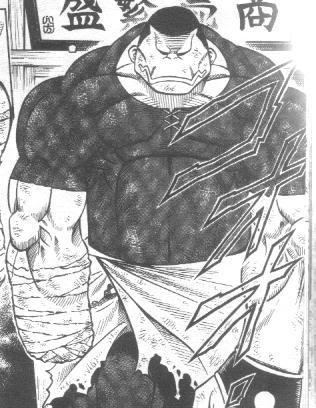 Portrayed by: Shinnosuke Abe (live-action)
Voiced by: Kellen Goff (EN, live-action)
A huge man with an odd mouth and only one arm, as he lost it to Kenshin during the Bakumatsu period. Looking for revenge, he sided with Enishi. He goes berserk at the mention of Kenshin and can put an Armstrong cannon on his arm stump to fight.
Inui Banjin 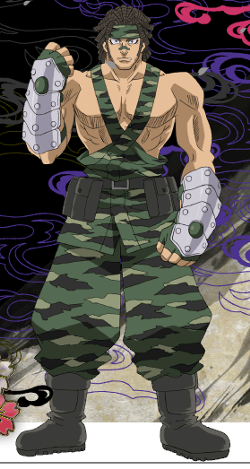 Also known as "Iron Armored Banjin", is an hot blooded martial artist who holds a grudge against Kenshin for killing his master Tatsumi. Not very bright; he uses his whole body as a weapon and wields thick metal armor on his arms called "Tekko", which serves as a shield and Knuckleduster. 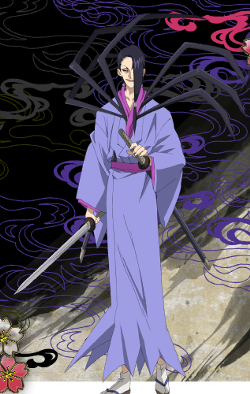 The "Master of Hidden Weapons", is an effeminate assassin who just loves to kill people with his hidden lethal weapons. Wants to avenge his friend Nakajo, who was killed by Kenshin.

A grotesque-looking ninja with overly long arms. Was defeated by Kenshin long ago and now wants revenge. 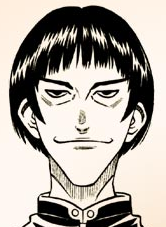 The Sushin
Identical quadruplets serving as Heishin's bodyguards. They're named after the four gods of Si Ling, and each of them has a special weapon and ability: Seiryuu is the best at reading techniques, Suzaku is the most skilled at copying them, Byakko has the strongest attack while Genbu is the most careful.
Advertisement: