Blog / The Brave and the Bold: The Lost Issues 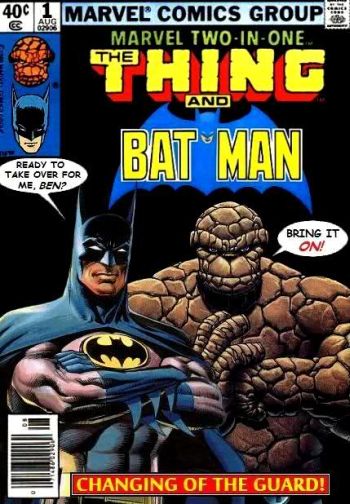 The Brave And The Bold: The Lost Issues is a blog created by an user named Ross in 2010. It features fake covers of the titular "Lost Issues" of The Brave and the Bold series in which Batman teams-up or fights with characters that never appeared in the series. Many of them aren't even DC Comics properties.

After doing over a hundred of these covers, Ross decided to take a break from Batman and started producing covers of Marvel Two-in-One lost issues, now with the Thing as the star. Later he's gone back to doing Batman team-ups and with December 2011 the world has seen first of the Super-Team Family lost issues, featuring different characters teaming up, starting with Spider-Man and the Creeper.

You can find the site here