Tropes pertaining to the simulation troopers of Red vs. Blue. All spoilers for the first fifteen seasons will be unmarked below.

Note: The Reds and Blues of Blood Gulch are also simulation troopers. For information on them, see Red Vs Blue Blood Gulch Crew.

In General
"You think you're real soldiers? You're not. You guys are nothing. We use your outposts as testing grounds. Practice. You never noticed that you didn't have anything to do unless a Freelancer showed up, or you made a call to Command?"
—Washington

"Simulation Trooper" is the technical name given by Project Freelancer to the Red and Blue armies formed to test their agents' abilities and equipment and test scenario after scenario to find out what would happen if this or that happened. Believed to be some of the worst soldiers of the UNSC, they are enlisted troops who were pulled out of their units due to their low test scores and poor field skills. The most well-known simulation troopers are the Blood Gulch Reds and Blues.

The Blues and Reds

In General
"We were pawns in their game. But the thing that I love about Chess is that sometimes, pawns kill kings."
—Temple

A bunch of Sim Troopers, claiming to be fighting the UNSC as retribution for their attacks on people connected to Project Freelancer. They all bear an uncanny resemblance to the Reds and Blues of Blood Gulch. 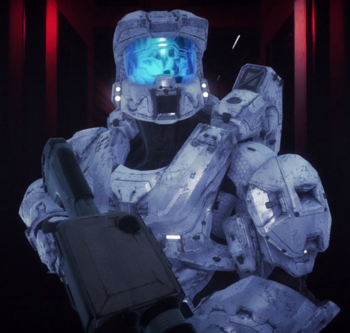 The Church lookalike, the leader of the Blues and Reds, and the psychopath who is responsible for the events of Season 15. 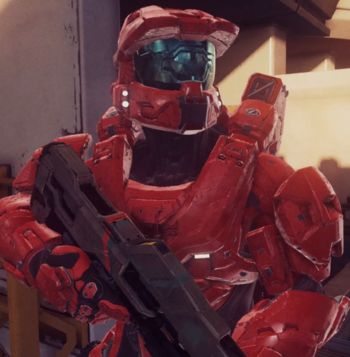 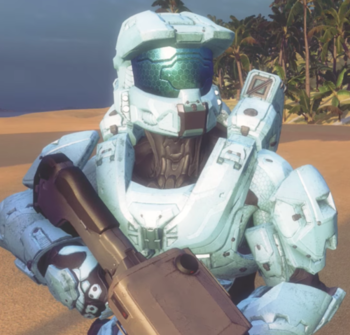 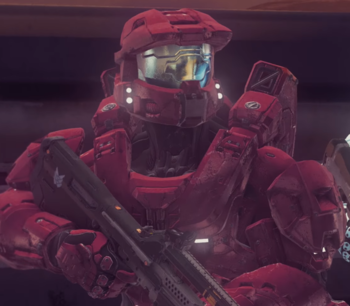 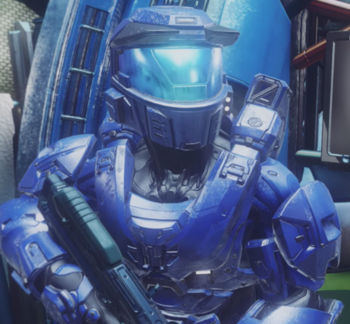 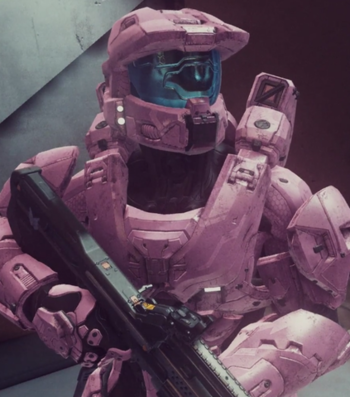 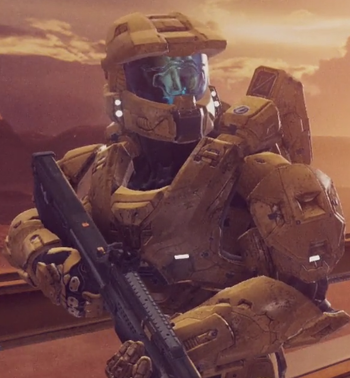 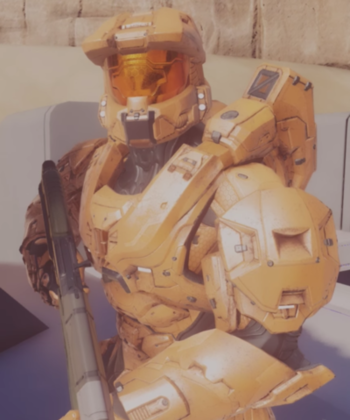 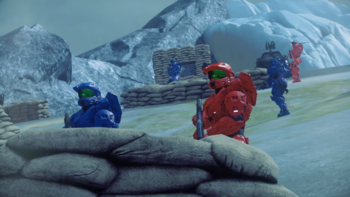 The Simulation Troopers who follow the Blues and Reds. 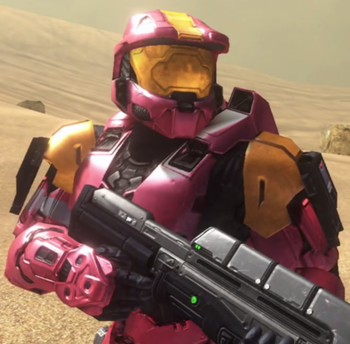 The leader of Unit FH57. 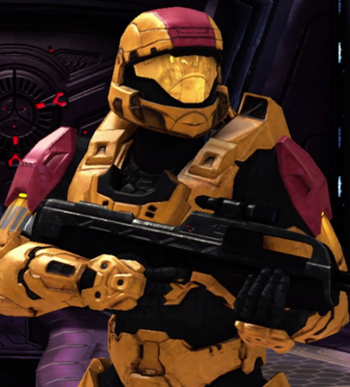 The team cynic, going along with Turf's plans mostly because of a lack of other ideas. 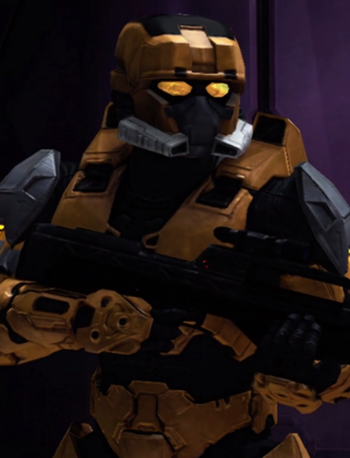 The team's 'specialist' for unique plans. 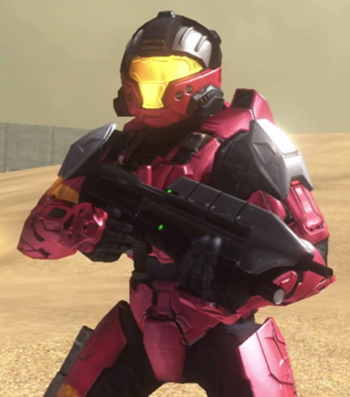 The team's only somewhat rational member, other than his name. 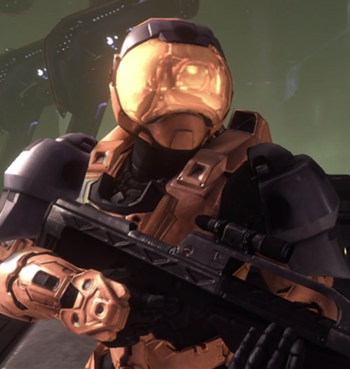 A member of the team with an odd secret. 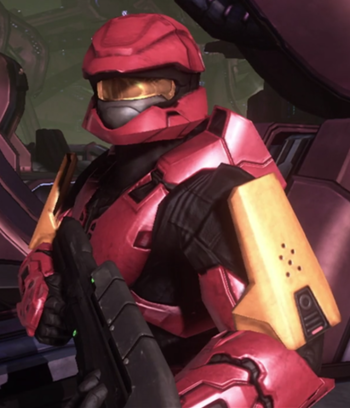 A member of the team with 'ideas' for the ship.

The AI of a Covenant ship that crashed on the Blue base, wiping them out. She was then reprogrammed and now serves the FH57 Red Team. 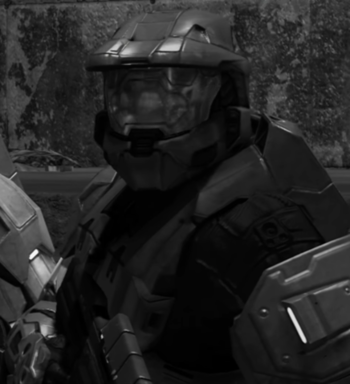 The leader of a Red team who locked both his own team and the opposing Blue team in a room set to open only when they reached a resolution. 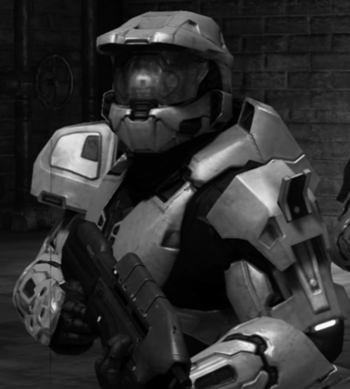 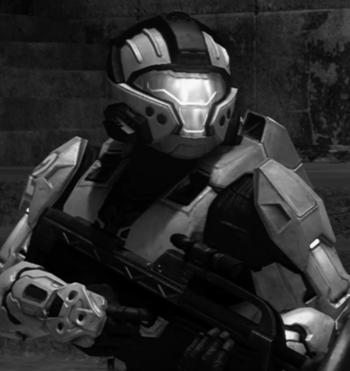 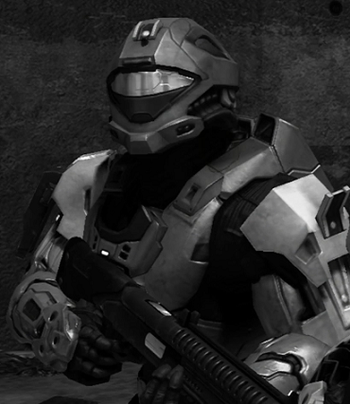 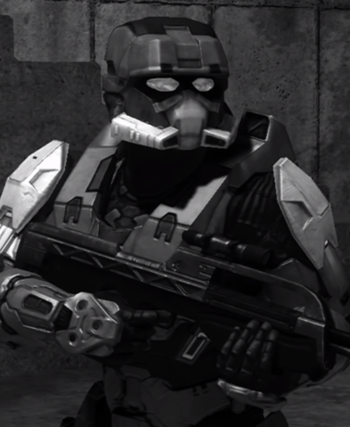 The leader of the Blue Team locked in a room until peace is achieved.
Squatch 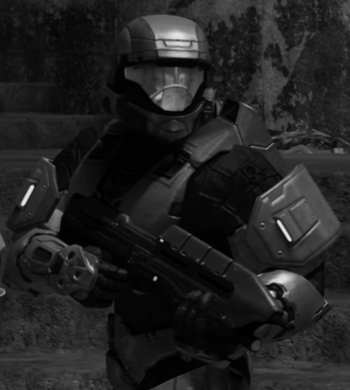 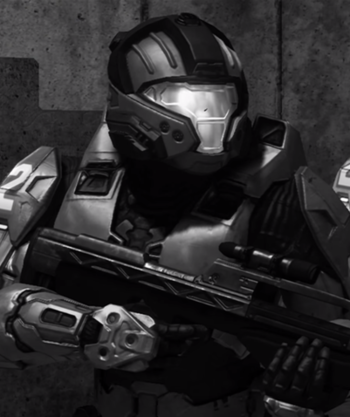 One of the Reds that Sarge and Caboose encountered at Battle Creek during their hunt for O'Malley in Season 3. This particular Red is obsessed with the flag to the point of worshiping it as his god (and sees Caboose as The Antichrist). He survived and discovered O'Malley's lair, mistaking it for a holy temple that he needed to prove himself worthy to enter (which O'Malley exploited to get a minion with working hands). 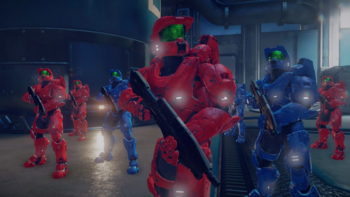 The other Red and Blue soldiers from Battle Creek. 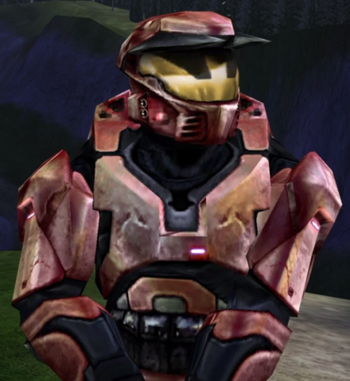 A red soldier who appears in the Season 14 prequel episode, From Stumbled Beginnings. 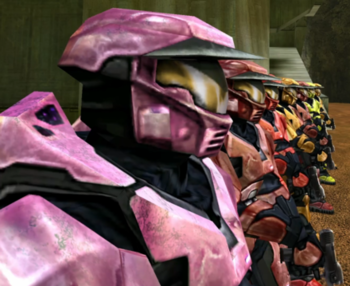 A group of red soldiers who appear in the season 14 prequel episode, "50 Shades of Red". Along with Sarge, they compete to be the leader of the Blood Gulch Reds. Sarge wins. 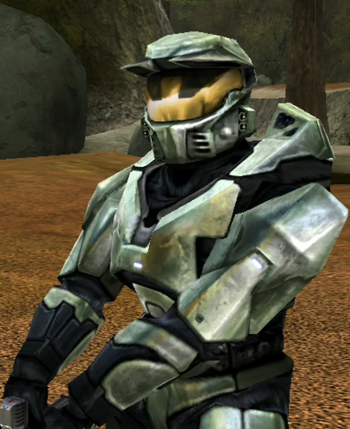 An officer of the Red Team basic training base, looking for a soldier to give command of Blood Gulch to. 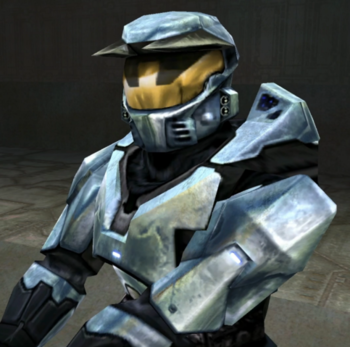 A blue soldier picked out by Flowers to be the "unsung hero" of the war. He ended up being beaten to death with his own skull by Tex. But that's only how Church remembered it. The truth is far more sinister. 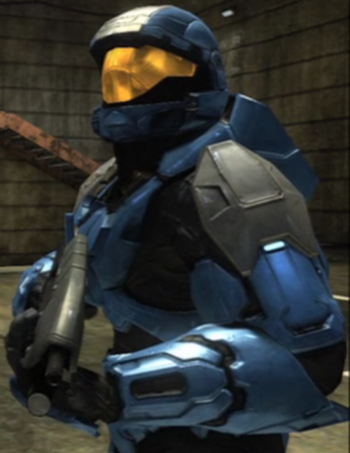 The leader of the Blue Team at Rat's Nest. Had to deal with Caboose for the fourteen month Time Skip between seasons 5 and 6.