Tropes pertaining to the armies of Chorus, two factions fighting each other in seasons 11 and 12 but coming to a truce by the end of Season 12, in Red vs. Blue. All spoilers for the first fifteen seasons will be unmarked below. 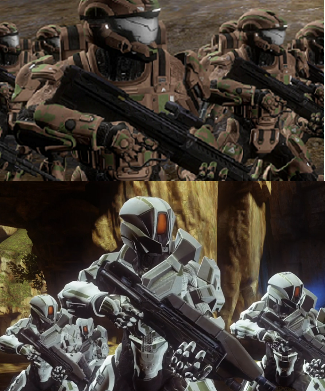 Top: The New Republic. Bottom: The Federal Army of Chorus.

Chorus is a planet located on the edge of colonized space, forgotten by the UNSC. Thanks to the manipulation of Charon Industries, a Civil War erupted between two factions, the New Republic and the Federal Army of Chorus. However, the conflict ended when Felix's true intentions were broadcast, and the planet of Chorus united to take down Charon Industries and its CEO, Malcolm Hargrove. 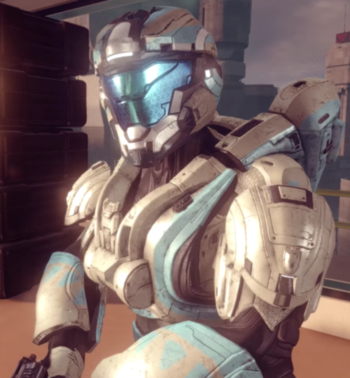 When you spend every day fighting a war, you learn to demonize your attackers. To you, they're evil, they're subhuman. Because if they weren't, then what would that make you?
Voiced By: Lindsay Jones (née Tuggey)

Initially the tan and blue leader of the New Republic. She was Felix's employer, until he betrayed her, and requests assistance from the Reds and Blues. In contrast to most of the series' female fighters, she is actually a nice woman who is very trusting of the Reds and Blues and Felix. She is not trusting of Doyle and the Feds on the other hand, and only thinks of the general first as a tyrant, then as a coward. 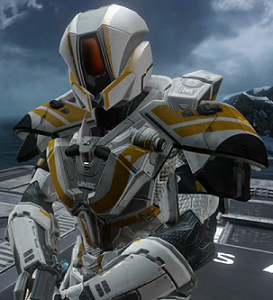 Courage is not the absence of fear, it is acting in spite of it.
Voiced By: Gray Haddock

Initially the leader of the Federal Army of Chorus. He is a lot nicer than Locus, and is barely able to control him at all. He has also been manipulated into viewing the New Republic as terrorists trying to rule Chorus, which is far from true. He is hesitant to the idea of working together with the New Republic, but eventually agrees to do it for the Blood Gulch Crew, to whom he owes his life. 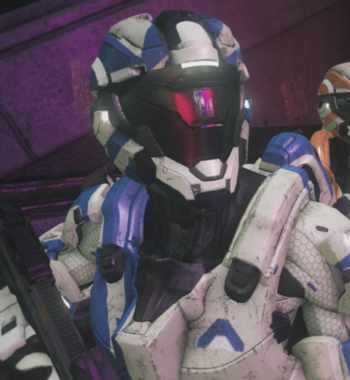 "My friends call me Smith. I've served the New Republic faithfully for several years and I believe Captain Caboose is one of the wisest individuals I have ever had the pleasure of meeting. Sir!"
Voiced by Ryan Haywood

A rebel soldier of Caboose's Blue Team who is shown to be fiercely loyal to both his Captain and the New Republic. He believes that Caboose is a wise and noble man, somehow. In Episode 4, he is chosen for the elite team to be sent on the rescue mission. 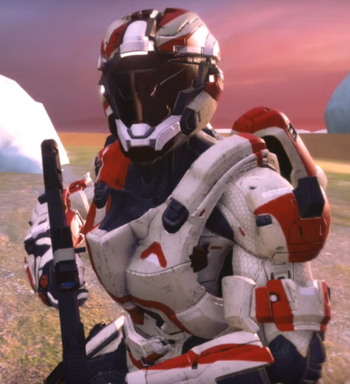 Lieutenant of the all-girls Red Team under Simmons's command. She talks with a lisp and makes Simmons only slightly less uncomfortable than the other girls. In Episode 4, Simmons chooses her over his lieutenantnote the hot volleyball player for the rescue mission. 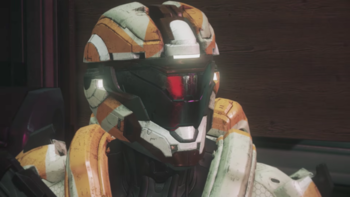 "I'm Bitters. My fun fact is that I don't have a fun fact."
Voiced by Brandon Farmahini

Lieutenant of Gold Team under Grif's command. He's Grif's favorite member of the team, due to Grif seeing him as a loose cannon, and a maverick. He is chosen over Matthews for the rescue mission. 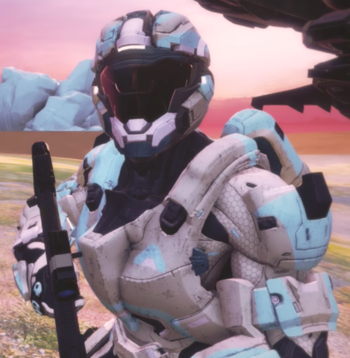 Palomo: Private Palomo. Slayer of women, and wooer of evil... Wait.
Simmons: Is... that your fun fact?
Palomo: Oh, uh... oh! I'm the only surviving member of Green Team. Suck on that!
Tucker: ...I fucking hate you, Palomo.
Voiced By: Kerry Shawcross

Palomo is a New Republic rebel soldier of Tucker's Green Team. On the infiltration mission in Episode 2, he is told to wait outside by Tucker, who worried he would get everyone killed if he came inside. However, in doing so, Palomo becomes the Sole Survivor of the team when Rogers and Cunningham both die. He is only chosen by Tucker for the rescue mission for this reason. 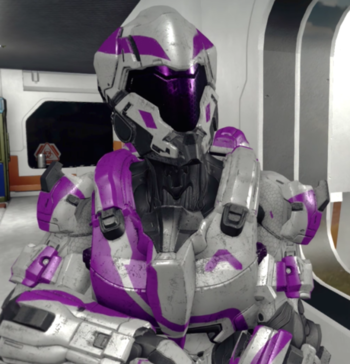 "I've got body parts to amputate!"
Voiced By: Arryn Zech

Initially the disturbingly cheerful doctor of the Federal Army of Chorus. She fixes up Wash and the others after Locus's attack. However, her cheerfulness is a mask for her true insanity, as evidenced when she mutilates a Space Pirate off screen, and manages to keep him alive so she can gather info on the Pirates. 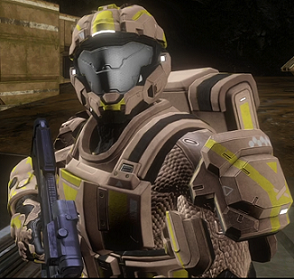 "I just think that... if you would just reconsider, sir. mean, uh, I followed your order from day one with like, the burritos and... and... I'd follow you to the end, sir. I really would."
Voiced By: Kyle Taylor

Matthews is a New Republic soldier on Grif's Gold Team and, according to Grif and Bitters, a total kiss-ass. His request to join the elite team with the other named soldiers is ultimately denied because of this fact. He is wounded in the Season 13 finale by one of the Chairman's Mantises, and treated to by Dr. Grey. 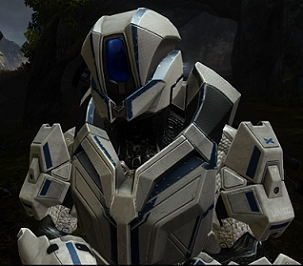 "You— you really think this plan is gonna work? I know the Reds and Blues are supposed to be like war heroes, but... they all seem kinda dumb."
Voiced by: Jordan Cwierz

Another member of Tucker's Green Team, Rogers is also sent on the mission to infiltrate the Federal Army base in Episode 2. He also disguises himself in Fed armour, but as a result is called in to disarm one of the grenades the team had planted. Unable to escape, Rogers is killed when Felix detonates the bomb. 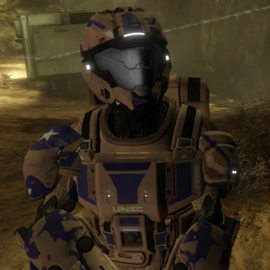 "This is gonna be a long day."
Voiced by: Suzy Berhow

A medic working for the New Republic who's had a few appearances.

A Federal Army heavy weapons specialist with a few appearances.