Tropes pertaining to the Blue Team of Red vs. Blue. All spoilers for the first fifteen seasons will be unmarked below. 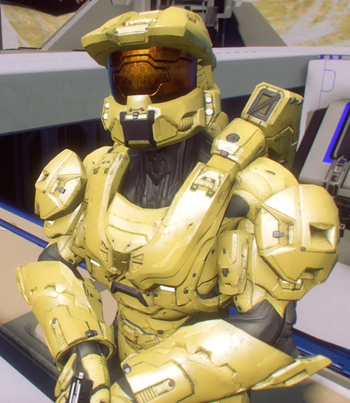 "Yeah, sorry, doesn't sound like I have the skills you need. Unless you want to see my ping-pong ball trick!"
Voiced By: Rebecca Frasier

Grif's younger sister, who joined the army in order to reunite with him, since she was lonely and scared after he left. Being colorblind and more than a little stupid, (the Ultimate Fan Guide actually states that she's dumber than Caboose) she joined Blue Team by mistake. She tags along with the Reds upon arriving (and landing on Donut), in the process convincing them that Sarge is dead and Simmons should be promoted, until her true affiliation is revealed and Grif hands her off to the Blues before Sarge gets the chance to shoot her. Roughly as lazy and useless as her brother, Sister's main purpose seems to be to embarrass Grif, whether through off-hand references to her promiscuous personal life, revealing the family's freak-show roots, or unintentionally televising her routine physical.

As of Reconstruction, she is the only Blue remaining at Blood Gulch, where she uses the base to host raves for five bucks a head (in one memorable night, making ten dollars). She wears yellow armor. In Relocated, Lopez claims to have killed her via choking, however Grif doesn't believe this, claiming she's Made of Iron and has Super Not-Drowning Skills. She disappears from the plot entirely after this. She finally makes a brief re-appearance in Episode 19 of Season 13, still living alone in Blood Gulch Alpha. Season 15 had her both visited in Blood Gulch in Episode 2, and reuniting with her brother on Earth in the season finale, leading to her return to the main cast in the following season (where the Party Scattering ends up partnering her with Tucker). 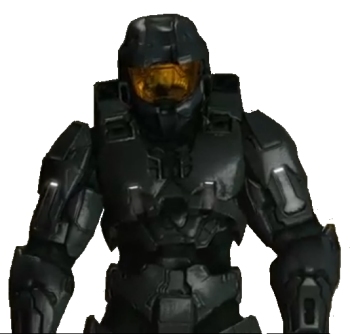 A black-armored mercenary and former agent of Project Freelancer, the biggest badass in all of Blood Gulch, an infiltration expert thanks to a cloaking device, and a better fighter than both teams combined. Her real name is Allison, and her Freelancer handle is Agent Texas. Tex is contracted to support the Blues after Church's death and proceeds to terrify Tucker and Caboose while leading a one-(wo)man assault on Red Base to recover the Blue flag. Unfortunately, a prodigious grenade toss by Donut eventually kills her, but she returns as a ghost some time later, inhabiting a robot body in a manner similar to Church. This experience mellows Tex out somewhat, as it frees her from the influence of her AI partner O'Malley (see below) - though by no means is she someone you should make angry. Tex hangs out with the Blues when she isn't off on her own, usually attempting to foil O'Malley or Wyoming's plans, but as the series progresses she gets more and more entangled in the plots surrounding the dupes at Blood Gulch.

Revelation reveals that, as many suspected, she is also an AI-based on the memories of Director Leonard Church. Created from his memories of Allison, his wife who had died, she apparently came into existence as Beta around the same time Alpha was created. Presumably as a result of the Director's feelings for the original Allison, she was not subjected to the same tortures as Alpha. Church eventually realizes that, like her original self, she's always doomed to failure.

In the Season 5 finale, she voluntarily reunites with O'Malley in an attempt to manipulate Junior and the alien race into helping humanity win the war, and is seemingly killed when Sarge sets off a bomb in the spaceship she hijacked. Although Tex gets kidnapped in AI form by the Meta and then destroyed in an EMP blast in Season 6, she's resurrected through the memory of the recently re-activated Epsilon during Season 8. This version of her is trapped inside the Epsilon Unit by the Meta after attempting to lure out and ambush both it and Washington. Church spends Season 9 trying to come back into contact with her, until inevitably deciding that it isn't worth dooming her to repeat her failures over and over again, and letting her go by "forgetting" her, removing her from existence.

For information about the woman she was based on, see Allison's entry. 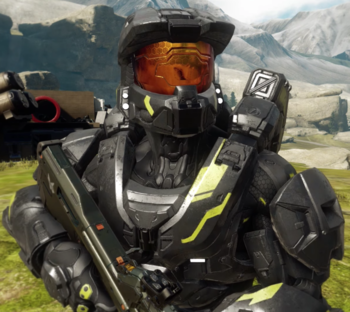 "That was the worst throw. Ever. Of all time."
"I've already been responsible for enough of their problems in the past, and I'll be damned before I let you cause any more."
Voiced By: Shannon McCormick

A Freelancer and Recovery Agent, the main character of Recovery One and arguably the main character of the Recollection Saga. Washington's job is to find dead or dying Freelancers and recover their AIs and special equipment. He is trusted with this position due to his view of AIs—he had an AI partner, Epsilon, until the fragment suffered a major psychotic break and attempted suicide while in his head, leaving him therefore the person least likely to try and steal another one. (The experience had absolutely no impact on his sanity, by the way). Wash works with Agent South and Delta during Recovery One to hunt down the Meta, and though he is seemingly killed during that series, he survives (due to York's regeneration unit) to continue his mission during Reconstruction, and enlists Church and Caboose to help. He has another, self-appointed goal: Epsilon held the Alpha's memory, meaning that Wash knows everything the Director of Project Freelancer did to it and is trying to bring the Director down. Washington serves as a Straight Man or the Only Sane Man when exposed to the two teams' weirdness, but has a latent snarkiness that comes into play whenever he lampshades the implausible things they've done. His armor is gray with yellow markings on the shoulders. After joining the Blue Team, he changes to Church's cobalt armor, modified to also have yellow shoulders.

After being held prisoner by the UNSC for inadvertently destroying the evidence of Project Freelancer's misdeeds, Washington is released, and has to work with the Meta to track down Epsilon. When he finally does, he manages to hold his own fighting Tex, and even tries to help Epsilon save her. At the end of the Recollection, he joins the Blue Team so that he won't get thrown back in jail. By Season 10 he's become a real part of the Blood Gulch Crew and decides to prevent any more problems by siding with them over Carolina and winds up shipwrecked with them in Season 11.

He temporarily joins the Feds in Season 12 until discovering the setup laid by Felix and Locus. He later reunites with the rest of the Blood Gulch Crew, along with Carolina and Epsilon. They join forces with the New Republic and the Feds to take down Malcolm Hargrove. 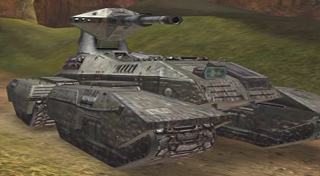 Blue Team's support vehicle, a Scorpion battle tank with an artificial intelligence that answers to "Sheila". The Blues express bewilderment that Command decided to supply them with a tank no one knows how to operate, but Caboose nonetheless attempts to rescue Church using Sheila, killing him in the process and apparently falling in love with the "nice tank lady." If Sheila paid much attention to Caboose, this would form a Love Triangle, given her attraction to Lopez. After Caboose's attempt, the Blues seem to decide that Sheila works best driving herself. Throughout the series, Sheila is a major asset for Blue Team...when she isn't feeling moody and oppositional or running off with Lopez to form an all-robot faction.

What, if any, connection she has with the Freelancer program F.I.L.S.S. is unknown, though the two do share a voice and many mannerisms. 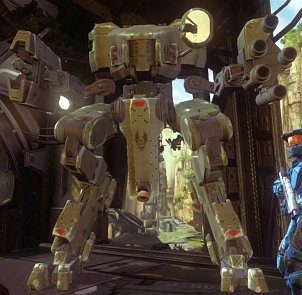 "Disregarding a direct order from a commanding officer is punishable by death."
Voiced By: Shane Newville (Seasons 11-13), Miles Luna (Season 15)

Caboose's "pet" in Season 11, an automated MANTIS walker that he discovered in a crashed ship. Its AI is transferred to his assault rifle in Season 12 after being heavily damaged at the end of Season 11.