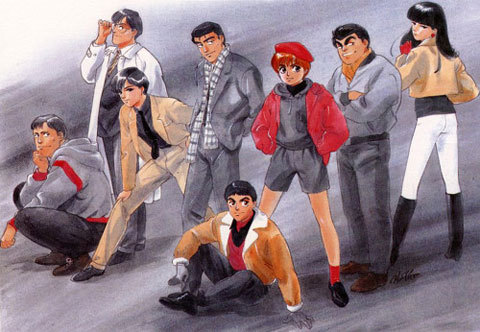 Patlabor mainly takes place in the headquarters of the Special Vehicles Unit, located on reclaimed land some 45 minutes away from Tokyo. The story deals mostly with the day-to-day of Division 2, comprised of a variety of characters from different backgrounds. Because of their highly unorthodox methods, Division 2 is considered a nuisance to the High Command and is a target of media derision and punditry, who label them as a huge waste of taxpayer money. In spite of this, Division 2 is a tremendously effective team with a very high turnover rate.

The series is entirely character-driven for an Anime and Manga genre that mostly deals with action-driven plots, and mostly involves the interactions between team members, their often extremely petty conflicts, and their difficulties in maintaining a logistic functioning of the unit, who has close to negligible support from the main police force. One of the characteristics that these isolating difficulties bring is the eccentricity of the characters as far as police work entails, making them the subject of mockery and disrespect... but they're too far from everything and everyone to care anyway.

and The Other Wiki's Patlabor 2 article.

Please head here for characters from the original series who still have involvement in the Next Generation movies. 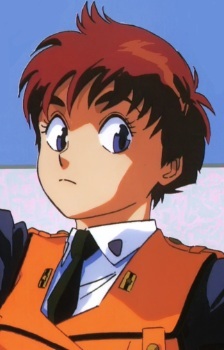 Born in Tomakomai, Hokkaido in 1978, she is the pilot of the first Ingram in Unit 2 (first forward of Division 2). She loves Labors (to the point of obsession) and nicknames her Ingram "Alphonse" after her deceased pet dog and cat. A dedicated police officer, very easy going and cheerful, she never loses her cool. That is unless somebody damages her beloved Alphonse. On the field, she is backed up by her fellow teammate Asuma Shinohara. 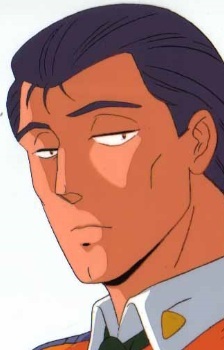 Gotō; is the Captain of Unit 2 and was born in the Taito Ward in Tokyo. Although he may seem very laidback and even apathetic, but is quite a strategist, and knows how to get the best out of his team even if it means tricking them. He has gained the reputation of being very sharp and rumour has it he was purposely sent out to the SVU so he wouldn't cause any trouble. He still manages to do so anyway. Gotō; has a crush on Shinobu, which is completely unrequited (poor Gotō;...). Gotō; is a heavy smoker, has athlete's foot and can often be seen wearing traditional Japanese wooden sandals around the office. 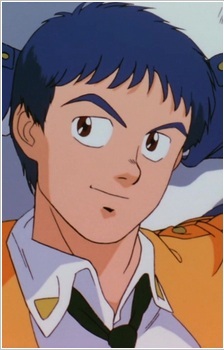 Asuma was born in Maebashi in Gunma Prefecture and is 21 years old at the start of the series. Asuma is the son of the owner of Shinohara Heavy Industries, the makers of the Ingram. So why is he a public servant? Apparently his father forced him into being one. A member of Unit 2, he provides backupnote really more like field command, issuing directions from the ground for Noa's Ingram and is her partner. He can be quite short tempered and sometimes gives the impression he would rather be somewhere else. Still he is quite a competent police officer. 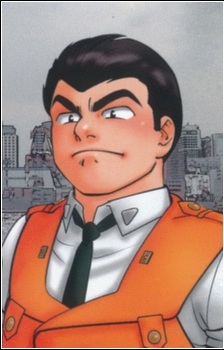 Ōtah is the 2nd forward of Division 2. He was born in Kamaishi, Iwate Prefecture and is 26 at the beginning of the series. He is a complete gun maniac and will almost always try to use force over all other options when solving a dispute. Though he is reckless and violent, he is an integral part of the team, and actually manages to end situations quicker than Noa. On the field, he is backed up by his fellow teammate Kanuka Clancy at first, and later by Takeo Kumagami. 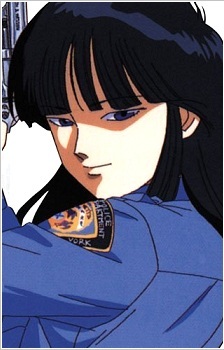 Kanuka is a Police Officer on loan from the New York Police Department and was born in Oahu, Hawaii. She is 21 at the beginning of the series. She is half Japanese, half Irish-American. She is a competent officer who does everything by the book and is often disgusted by the tactics used by the SVU. In Division 2 she acts as Ōta's backup. Though among the SVU there is a rumour that the NYPD sent her to them because she was a problem officer. 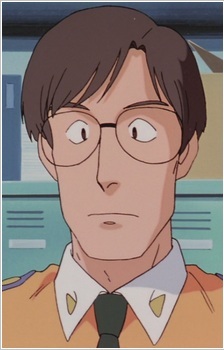 Shinshi is the driver for the second carrier, the transporter for Ōtah's Labor. He was born in Fujieda, Shizuoka Prefecture and is 29 at the start of the series. Originally Ōta's backup until Kanuka replaced him, he is a quite introverted man, but can become surprisingly violent if provoked enough. He is also the rather henpecked husband of Tamiko, who is rather possessive of him. Shinshi is the only married member of the team, which occasionally bites him in the ass. 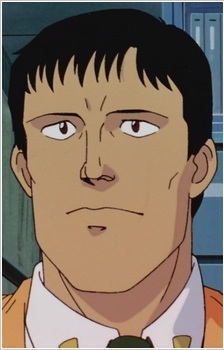 Hiromi is the quiet giant amongst the members of the SVU, in fact the tallest member of the team, at two metres tall. He was born on Ishigaki Island, Okinawa, and is 23 at the start of the series. Even though he looks rather intimidating, he is quite gentle in action and words. He tends the tomatoes in the greenhouse and looks after the henhouse at the SVU in his spare time. These duties actually provide a substantial amount food for the officers and crew. His main duty in Division 2 is driving the first Labor carrier for Noa. 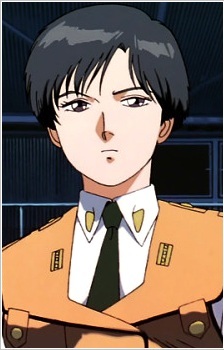 Kumagami is Ōtah's backup. She is Kanuka's replacement after she returns to New York. She was top of her class, and is an exceptional police officer. She was courted by several police agencies, but eventually chose the SVU because of the challenge. Kumagami seems to be very level headed and nothing seems to faze her, though the antics of her workmates sometimes annoys her. She has an irrational fear of the supernatural, especially ghosts as her father was interested in the topic and she heard many ghost stories when she was a child.

As a Lieutenant, Kumagami is the highest-ranked field member of Division 2, reporting directly to the captains Gotō and Nagumo. Several episodes deal with her account of the day's events as she files it to the official reports. Though initially a stickler to the rules, Kumagami usually vouches for the general wellness of the unit as a whole and acts as a focal voice for their needs. 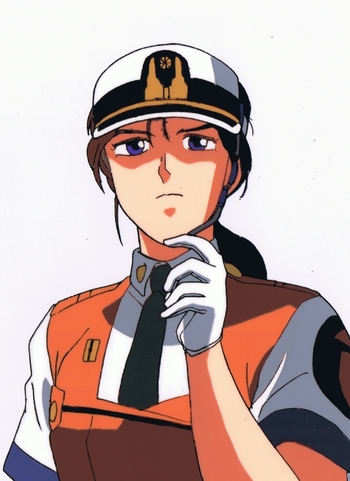 Shinobu is the Captain of Division 1 and was born in in Setagaya Ward in Tokyo. She is a professional, competent police officer. Basically the exact opposite of Captain Gotō. She always keeps her mind on the job and never loses her cool. Often she talks back to her superiors when she disagrees with an order, and this is probably why she remains at the SVU rather being promoted to another job more worthy of her skills. She is often slightly jealous of Division 2's successes and the equipment they get, but she never really lets on. 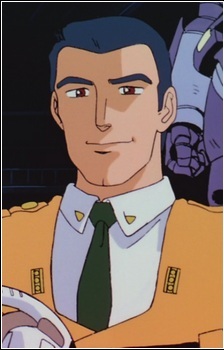 Tsutomu Gomioka is the first forward in Division 1 of the SVU. He is a highly competent officer and Labor pilot. At the end of the series he becomes captain of the newly-formed Division 3. 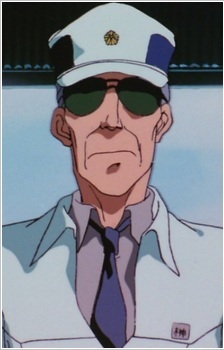 Sakaki is the head mechanic of the SVU. His training was in mechanics, and he doesn't really understand the electronics and computers in the Laborsnote he struggles with software in the animated continuities, but has apparently gotten used to them in the manga. Though he's supposedly only the head mechanic, most of his job is to order the other staff around, primarily the maintenance crew but sometimes the members of Division 2. Easily the most respected member of Special Vehicles 2, he commands fear, respect, admiration, and loyalty from all who know him. 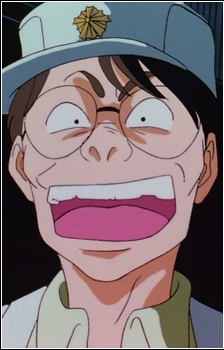 Shigeo, or just plain Shige, is second in command of the maintenance crew at Special Vehicles 2. He is a man truly dedicated to his work, though sometimes he can go overboard. He is a proud member of the SVU, and makes sure the Labors work perfectly. He takes over from Sakaki when he retires (though is more than happy to defer to him if a serious need arises). 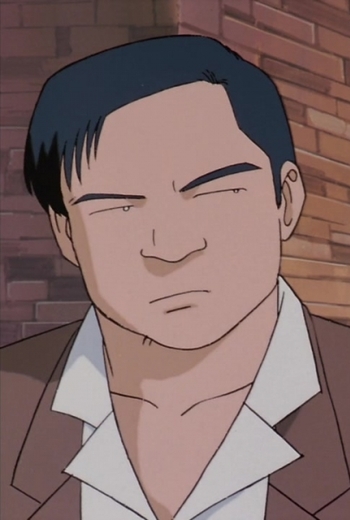 A detective with the Tokyo Metropolitan Police, Matsui once asked Gotō for his help in strange case, but now is often called upon by Captain Gotō for help on crimes which involve specialist investigation. 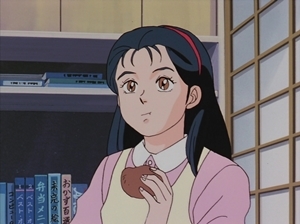 Tamiko is the overbearing but loving wife of Mikiyasu Shinshi. She seems like the perfect housewife, but under her sweetness and light persona she can be a she-demon. Somewhat possessive of her husband, she can turn frighteningly mean if she thinks he has been hard done by. Strangely Tamiko and Mikiyasu seem made for each other.

Jitsuyama is head of the Shinohara Labor factory. His career in mechanics began when he started a business up with Asuma's father. To Asuma he is kind of like a substitute father and he often comes to him when he needs advice concerning Labors. 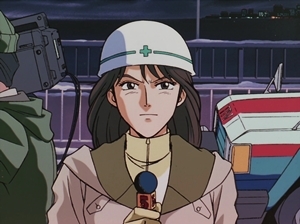 Momoko Sakurayama is a tabloid television journalist who always seems to be there at the right time to get that scoop. After following the SVU to get several scoops, she later helps them in their Griffin Labor case. 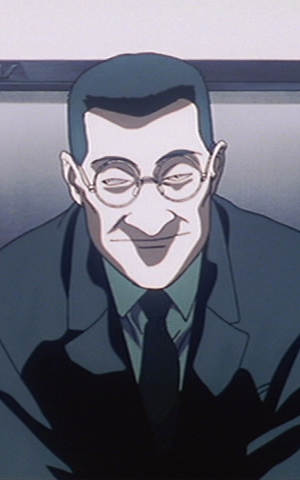 An intelligence officer assigned with the Japan Ground Self-Defense Force chief of staff's office assisting Gotō and Shinobu in locating and apprehending the terrorist Yukihito Tsuge into custody. Arakawa assists the SVU by providing pictures of Tsuge's assets via American military spy satellites and secretly meeting up with Gotō to pass on him intelligence obtained on Tsuge, earning Shinobu's ire due to her suspicions about him and his intentions. 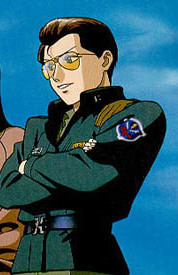 Fuwa is an old friend of Captain Nagumo, and is her contact within the JGSDF. She's occasionally done favors for Nagumo and Gotō, and has worked with SVU2 on several occasions. She pilots the ARL-99 Helldiver, a military paratrooper labor derived from the AV-98 Ingram. 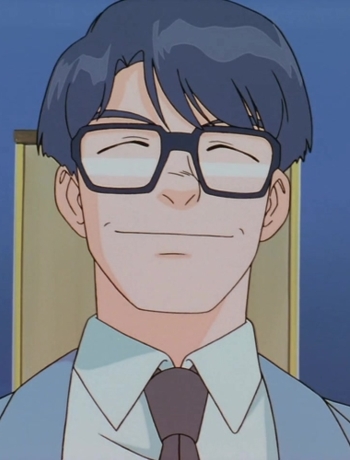 A very mysterious man working at Schaft Japan, in charge of the Griffin project. He seems to smile all the time and gives off the impression he's happy-go-lucky, but in fact he is very calculating, eccentric and cunning, and will stop at nothing to get the desired result. Utsumi is an alias; his real name is Richard Wong and he is from the Hong Kong division of Schaft. 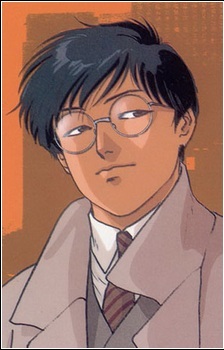 Kurosaki is head of the Phantom labor project, and later second in command of the Griffin project. He seems to be a rather cold man and like Wong will do what ever it takes to get the result he wants. 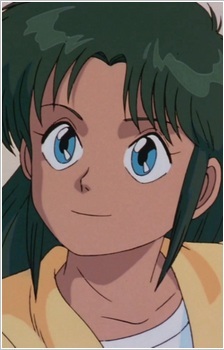 Bado is a very young Indian boy (about 12 years old) who is the pilot of the experimental Griffin Labor. A very competitive young man, his main aim seems to be beating Noa and her Patlabor rather than actually testing the Griffin. He can be very short tempered, and thinks his work for Schaft is just a game rather than actual work. 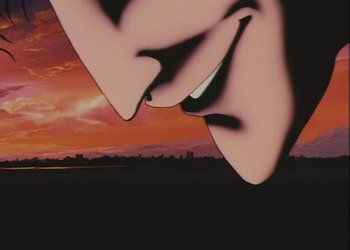 A glimpse of Hoba, as shown in the movie

A software programmer who worked for Shinohara Heavy Industries, Hoba designed a revolutionary new operating system that was quickly implemented in almost every labor in the Tokyo area. After completing his work, Hoba commits suicide, and shortly later it becomes apparent that his new OS contains a virus that causes labors to go berserk—which due to their ubiquity, threatens the entire Tokyo metropolitan area. 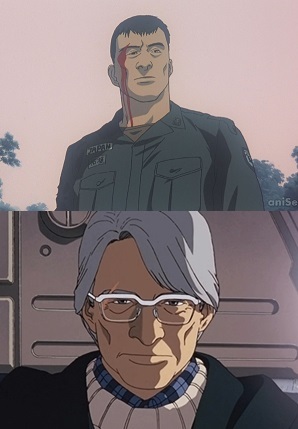 Top: Tsuge during his UN mission; Bottom: Tsuge at the siege of Tokyo

An ex-JGSDF lieutenant colonel who went missing after his UN Labor platoon was attacked by armed guerrillas in the Southeast Asian forests, Tsuge plotted terrorist activities in the Greater Tokyo Area under the assumption of a revolt from the ranks of the Self-Defense Forces. His main motive was for the people to see the reality that he had gone through during his UN peacekeeping tour. He has a history with Shinobu.