Due to the nature of the series, beware of Unmarked Spoilers for almost all of the cast. 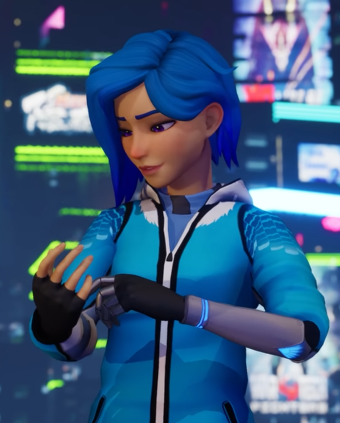 "This place is incredible... but, why does it seem so familiar?"
Click here to see her Season 2 appearance before she escaped TASCorp 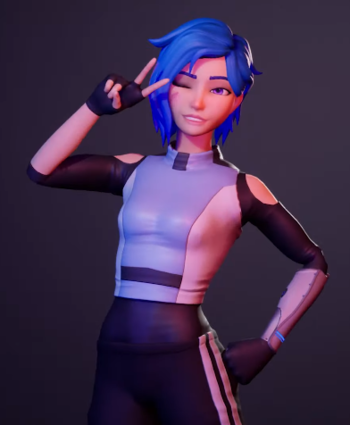 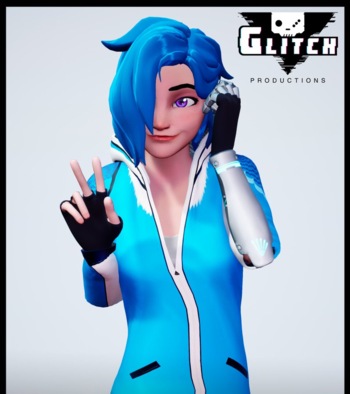 Voiced by: Celeste Notley-Smith
First appearance: "Wrong Warp"
The main protagonist. She bears a cybernetic arm worn commonly by a "Meta Runner", one of many professional gamers who have enhanced themselves with cybernetics. Unlike other Meta Runners, she has the unique ability to warp into the video games she plays.Tropes that apply to the Alternate Universe version of Tari found in the SMG4 Bloopers go on their character page.
Advertisement:
Theo 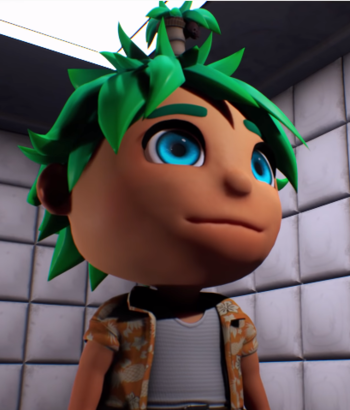 "Well, if you're not here to kill me... Welcome to Simple Flip Island! I am Theo! King of all the land!"
Click here to see his pre-Season 2 appearance 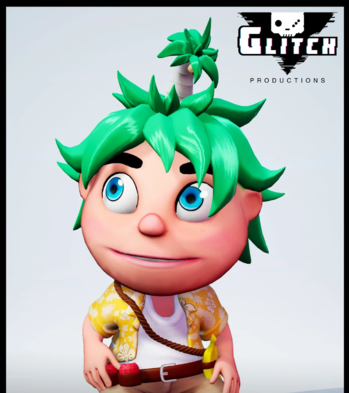 The protagonist of the in-universe game Ultra Jump Mania. 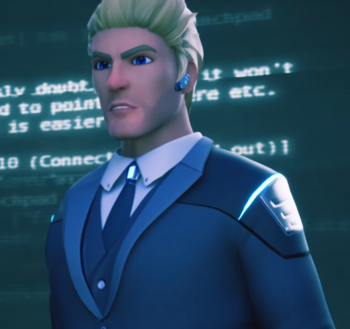 "I no longer just want her abilities for TASCorp. I want her."
Click here to see his Season 1 appearance 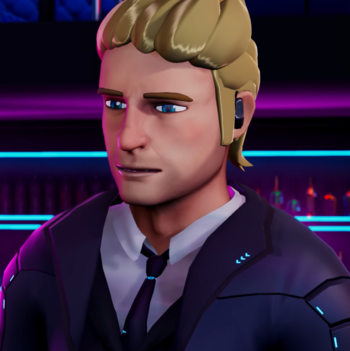 The creator of the Meta Runner arm, and the cold, ruthless, and opportunistic CEO of TASCorp. 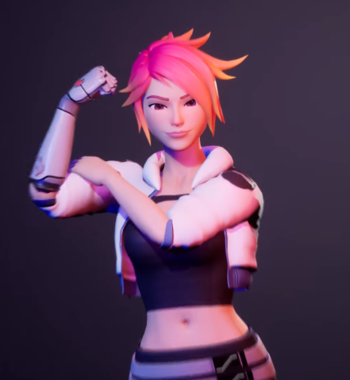 "You'd be surprised what people would do to be number one."
Click here to see her pre-Season 2 appearance 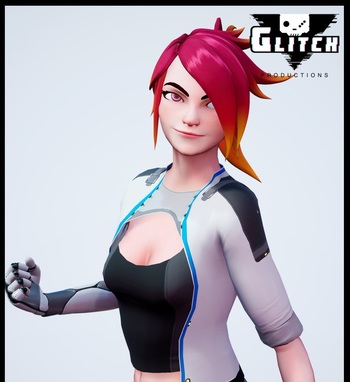 The prize gamer of TASCorp and Tari's first rival. You can also find her Alternate Universe self used for the SMG4 Bloopers on this page. 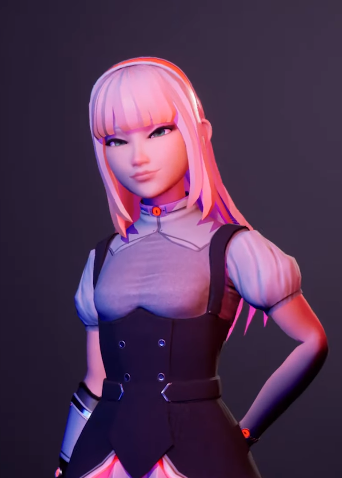 ”Belle, be honest, would you rather play with me, or her?”
Voiced by: Elsie Lovelock
First appearance: "Hard Reset"

Belle’s fellow Womanchild, not so skilled Meta Runner at TASCorp, and the second rival to Tari. 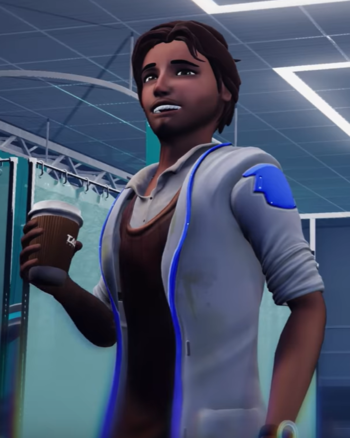 "My life's work is almost complete! Lucks is finally going to see the fruits of my research, and more importantly, I'm not going to be fired! (laughing) Wait, I probably shouldn't have said that..."
Click here for his Season 2 appearance 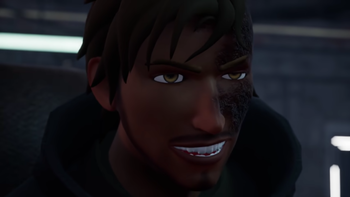 A TASCorp scientist who seems to have some sort of involvement with Tari's past. 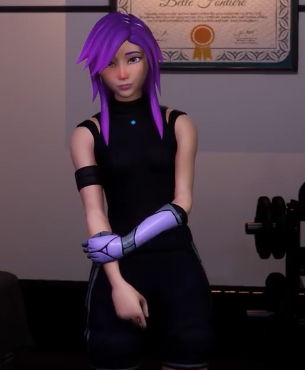 "And besides, you're one of the most talented speedrunners I know... Hell, you're a lot better than me, that's for sure."
Click here for her Season 1 appearance 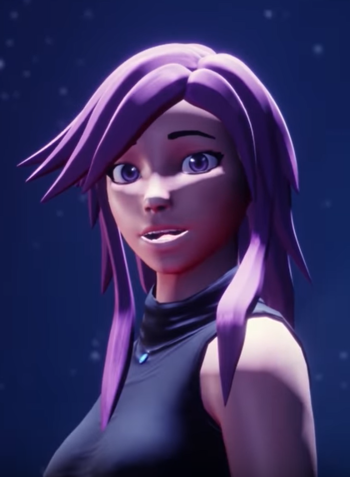 A TASCorp Meta Runner who went missing about a year prior to the start of the series. She was Belle's best friend. 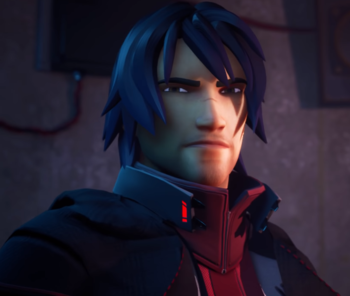 "Get up. Take a deep breath. Games are all about making the right decisions at the right time. Clear your mind and focus. The right actions will come to you."
Click here to see his pre-Season 2 appearance 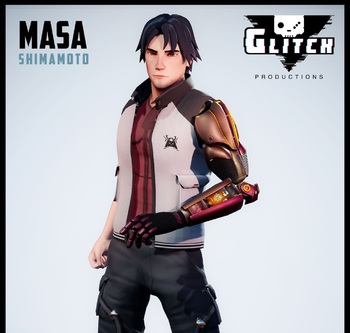 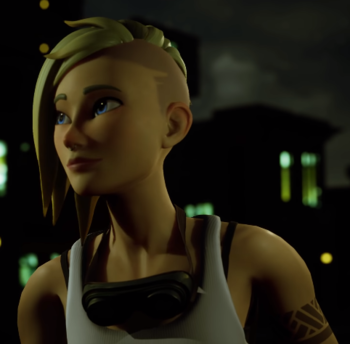 "You went into the video game! That's unheard of!"
Click here to see her pre-Season 2 appearance 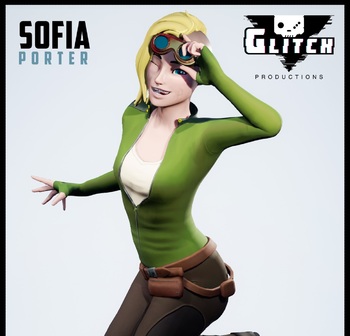 The tech-savvy member of MD-5. 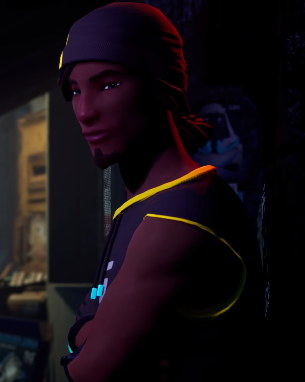 "I'm a bit of a player, you know what I'm sayin'?"
Click here to see his pre-Season 2 appearance 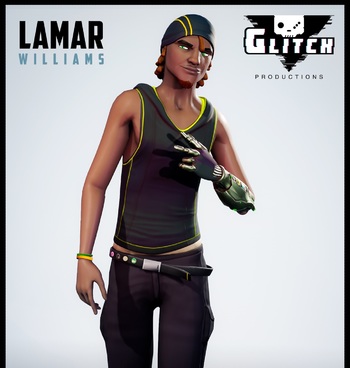 The anime-loving third member of MD-5. 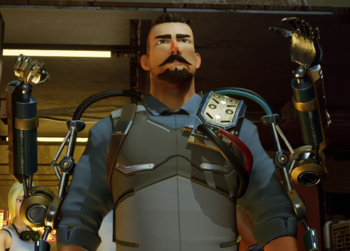 "Well, it's been a pretty good game, boys, but all good things must end eventually..."
Voiced by: Jason Marnocha
First appearance: "Unreal Engines"

The four-armed boss of the Rustworks, an arena where players compete for a chance to win big, at the risk of losing more than their pride.