A recap page to the animated web series Meta Runner. 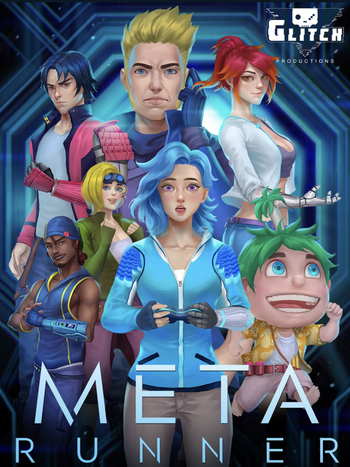 The first season of Meta Runner follows Tari as she first finds herself in Silica City, discovering her mysterious ability to warp into video games… and soon ending up on the run from the local megacorp TASCorp. With Theo, a game character she’s inadvertently pulled into the real world, in tow, she soon comes across the trio known as MD-5, and joining them in their mission to expose the corrupt dealings of TASCorp and their ruthless CEO Lucks.
Advertisement:
Season Two (October 16 - December 18, 2020) 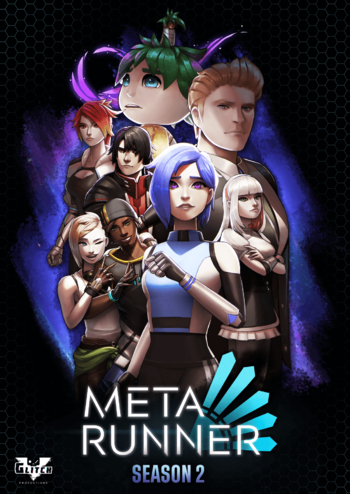 The second season of Meta Runner picks up six months after the end of Season 1, with Tari now working as a TASCorp Meta Runner under the thumb of Lucks, Theo being incarcerated to keep her in line, and MD-5 reuniting after breaking apart. Soon both parties come back together to try and figure out a new way to expose TASCorp and rescue both Tari and Theo from Lucks’ grasp.
Season Three (July 22, 2022 - ) 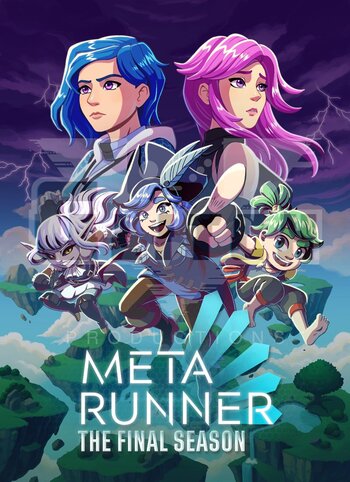 The third and final season of Meta Runner picks up one week after the shocking events of Season 2’s finale, as Tari and her friends come face to face with the true mastermind behind all their misfortunes… who has much bigger ambitions than anyone could imagine. Now, through both the real and digital worlds, including the Sky Pirate-themed MMO Skybreakers, they must stop his ultimate plan from coming to fruition… all while Tari is faced with a difficult choice.
Shorts
A series of mostly non-canon shorts released throughout the run of the series.