Characters / F is for Family - Neighbors

A kindly old German-Jewish man who lives in the neighborhood. Despite his cheerfully pleasant personality, he has a very sadly traumatic past. 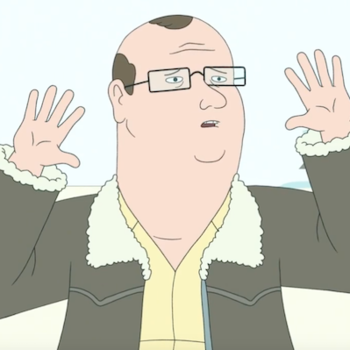 Goomer is one of Frank's friends who lives on the same street, and is a weirdo who spies on all of his neighbors. He lives with his wife Evelyn. 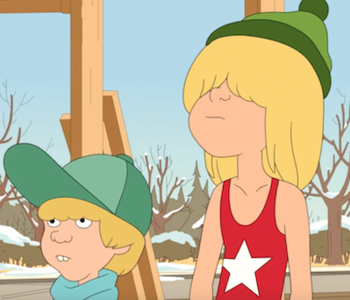 A couple of redneck brothers who are friends of Bill and Maureen. They live in extreme poverty. 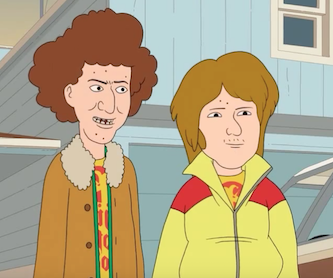 Kevin's fellow stoner friends, with whom he forms an amateur rock band. 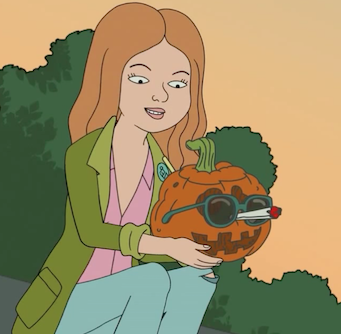 Another friend of Kevin, and his (brief) girlfriend. 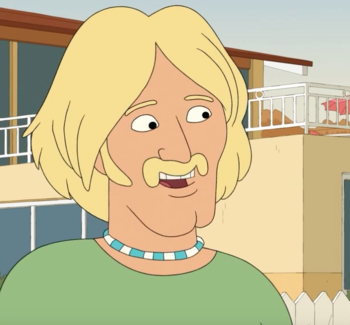 Frank's next-door neighbor. He's a sexually promiscuous drug addict, who works as a marketing manager for a local radio station. 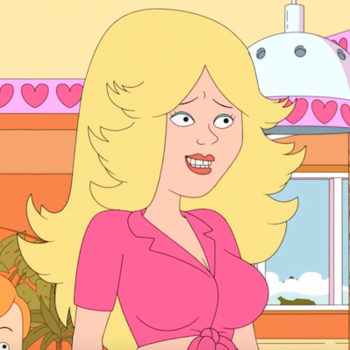 Vic's on-and-off girlfriend, and the mother of his child.

Philip's parents. Babe is his father and another friend of Frank's. Marie is his overprotective mother.

Philip's supposed grandmother who also lives at home with the family. She is of Italian (Sicilian) origin. In Season 4, it's revealed that she is actually Babe's aunt and Philip's great-aunt, who raised Babe as his mother because Babe's real mother was a Catholic nun who got pregnant after an illicit affair. 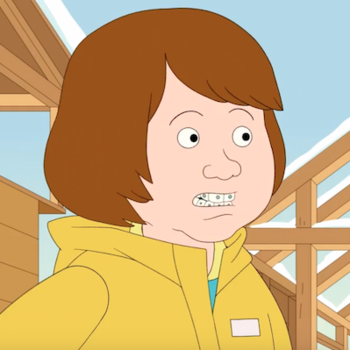 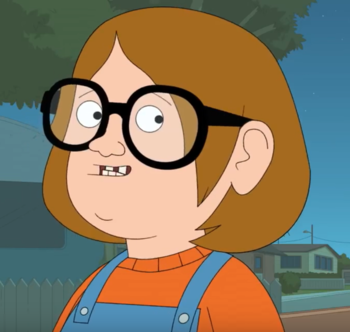 "I found a worm and I ripped him in half and I made two worms and y'know what?"
Voiced by: Al Ducharme

Phillip's younger brother, who is not quite right in the head.

Jimmy's and Bridget's single father. He works as a janitor at the elementary school. 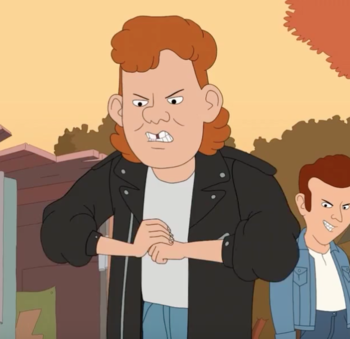 A local bully who harasses Bill and Phillip. 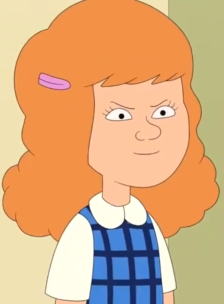 The younger sister of Jimmy, whom Bill develops a romantic crush on. She turns out to be just as foulmouthed as her brother, and possibly even crazier.

A married couple acquainted with Sue and Frank. Ginny constantly talks about her dysfunctional marriage, and is oblivious to the reason why: her husband Greg is secretly gay.

Chet is a US Air Force officer and returning Vietnam War veteran who moves into the neighborhood in Season 3. Frank quickly bonds with Chet, though there turns out to be a much darker side to his new friend.