Members of the Murphy family.

open/close all folders
The Murphy Family (in general)
Advertisement: 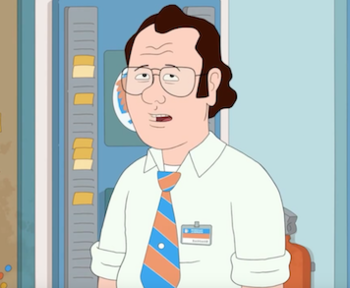 Frank is the patriarch of the Murphy family. He's a working-class Irish-American man with an explosive temper. 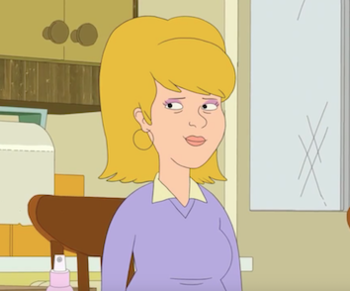 "Outside of being a wife and a mother, I’ve got nothing! I sell plastic that I cry into!"
Voiced by: Laura Dern (English), Kerygma Flores (Latin American Spanish)

Frank's wife and the mother of Kevin, Bill, Maureen, and another child, who isn't content with her life. 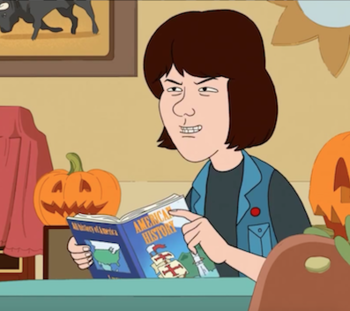 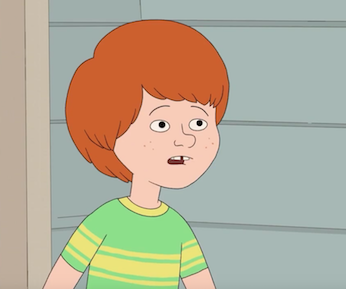 "I am sick of everybody calling me a pussy!"
Voiced by: Haley Reinhart (English), Héctor Cuevas Ireta (Latin American Spanish) 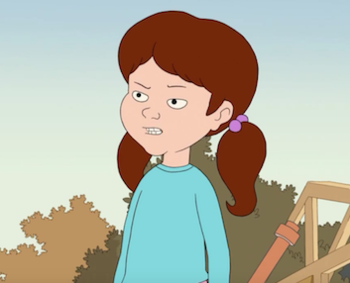 Frank's and Sue's first daughter and their third child. She has a devious streak like her brothers, but is also more intelligent.

Frank's and Sue's second daughter and their youngest child. She was accidentally conceived in the Season 2 finale, which resulted in Sue becoming pregnant throughout Seasons 3 and 4 until finally giving birth in the Season 4 finale. This newborn infant has so far remained unnamed.

Frank's estranged father. He is a former hardware store owner turned traveling salesman, with a very rocky relationship with his son.

Frank's mother and Big Bill's ex-wife, who divorced her husband not long after Frank reached adulthood.

Frank's younger sister. She currently lives with her mother Nora in California.

Sue's brother, who has not yet appeared so far. He currently lives in Florida, after being outed as gay and disowned by his parents.