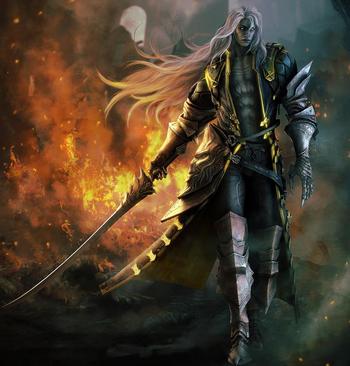 "Trevor died a long time ago, Father... I am Alucard."
"This I promise: you shall not stand alone against him."

The mysterious, silver-haired vampire "son" of Dracula. He seeks to aid Simon Belmont in his quest to defeat the Dragon and save the Belmont family from their cursed fate.

Note: For tropes applying to Alucard before The Reveal, see the Trevor Belmont section.