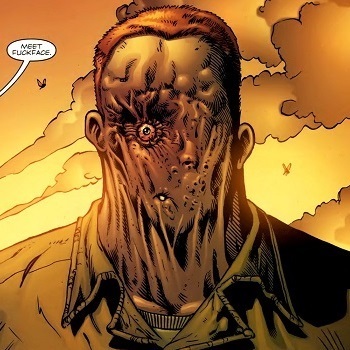 You should see the other guy.
Advertisement:

Nicknames can say something about a guy. A deformity, a mask, or the looks of a person can give him a Name-Face Name. A Name-Face Name is when a character's nickname comes from a characteristic of his face.

Often leads to Only Known by Their Nickname.