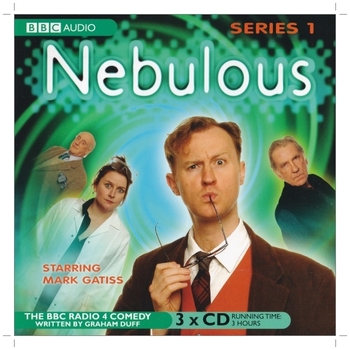 And so in conclusion there is only one thing of which we can be absolutely certain: the spaceship was already blowing up when I got there.
Advertisement:

Imagine Doctor Who starring an underfunded Obstructive Bureaucrat, and you have Nebulous: a BBC Radio 4 After the End comedy series which parodies much of British Science Fiction, in particular Quatermass and the aforementioned Doctor Who. Nebulous follows the adventures of Professor Nebulous, leader of K.E.N.T.: the Key Environmental Non-judgemental Taskforce, which just happens to be based in a London launderette. K.E.N.T. is tasked with picking up the pieces after an environmental disaster known as "The Withering": a Cosy Catastrophe that has led to the extinction of vegetarians, tarts and white dog-doings. The series exists almost solely to subvert Speculative Fiction Tropes, and many episodes are Affectionate Parodies of other shows.