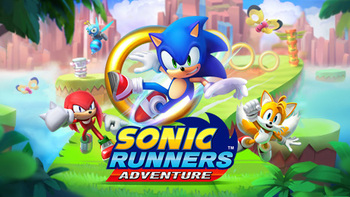 Sonic Runners Adventure is a sequel to Sonic Runners of the Sonic the Hedgehog franchise, published by Gameloft and released on Android in certain territories on June 10, 2017, with the worldwide release for Android and iOS set for a later release date.

This game picks up where Sonic Runners left off where players continue to follow the antics of Team Sonic as they fight to protect Omochao and their animal friends from the heinous plots of the nefarious Dr. Eggman, loyal servants Orbot and Cubot, and his army of Badnik minions.