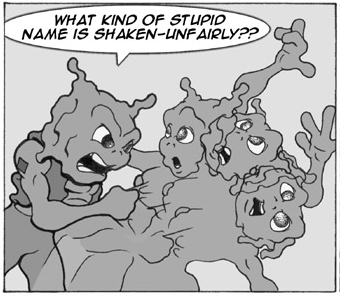 The goblin on the left is called "Complains-of-Names".
Advertisement: