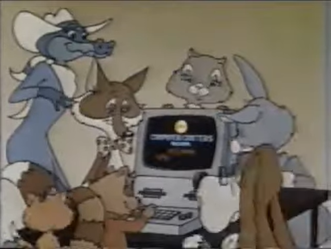 Computer Critters is a Public Service Announcement series produced by Buzzco Productions and shown by ABC that shows how children can use computers and things related to them. As there were only four episodes and they all aired in 1984, they don't cover the most things in the world, but still manage to show them in a way that's ahead of its time.

These adverts provide the following tropes: