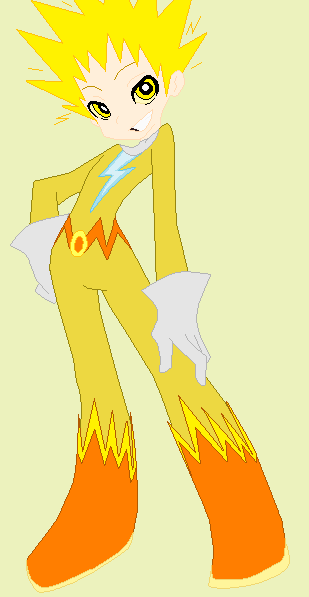 Lightning Dust's official outfit
After somehow surviving a deadly accident in his father's lab, 13-year-old Klaus Melfton gains electrifying powers, in which he wishes to use to aid the city-like town of Dellville. Little does he know that being a superhero is harder than it looks, and that it'll take more than just powers to be deemed a hero.
Advertisement:

Lightning Dust is a story by deviantArt user JNluvaDarkspyro11

. The initial story was updated daily, and a series is planned.

Not to be confused with a pony bearing the same name or a Canadian Indie Rock band.