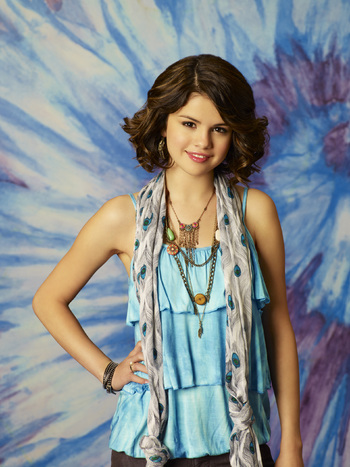 "I'm Alex Russo, and my hobby is I like to poke things with a stick, ...but I haven't figured out how to make money with that yet so I'm in school."

The middle child and only female out of the three Russo siblings. She is sly, outgoing, and usually underachieves when it comes to regular high school. She often gets into trouble because of her constant schemes (usually involving magic). She likes to make fun of her older brother, Justin, with whom she has a really close, complex relationship and she gets along with her younger brother, Max, the two of them occasionally being shown pulling pranks together. It is implied that she is her father's favorite child and that she shares a tight bond with her mother, although they sometimes have disputes due to Alex's rebellious and disobedient personality.

The Grand Finale reveals that she becomes the family wizard. She was about to win, but went back to free Justin from a tree root that caught his foot. It appeared to everyone else that Justin won, but before he accepted, he told Professor Crumbs and everyone else what happened. He gives the title to Alex, who after some coaxing from Justin, accepts and is embraced as the true winner. 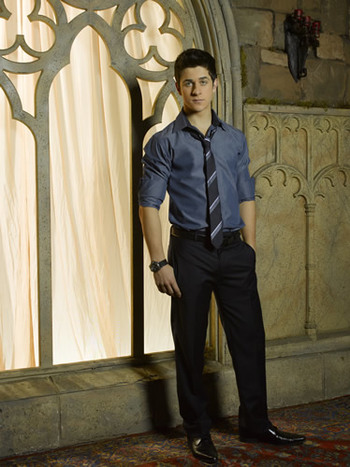 He is the erudite and mature older brother who gets straight "A"s. He often tries to stop Alex's crazy schemes from becoming complete disasters, and sometimes unwittingly gets involved in these schemes. Justin is often the subject of sarcastic remarks made by Alex, due to his intelligence, his love of science fiction and other quirks. He is Alex's primary target of jealousy, because he surpasses her in almost everything. Justin is, out of the three, the most responsible. He is very cynical and highly intelligent and is, in many respects, the polar opposite of the immature and mischievous Alex. At times, it is shown that Max sees him as a role model and that his parents are really proud of him.

The Grand Finale reveals that he appeared to have won the wizard competition, but before he accepts his full wizarding powers, he explains what really happened. Alex was in the lead, but when Justin caught his foot in a tree root, she came back to help him out. She would have won, so he tells this to Professor Crumbs. Alex becomes the family wizard. However, Professor Crumbs announces his retirement, and grants Professor Justin Russo the title of Headmaster of Wiz Tech, giving him his own set of full wizard powers. (It isn't made clear whether Professor Crumbs transfers his own full powers to Justin, or if he creates a new set of powers) 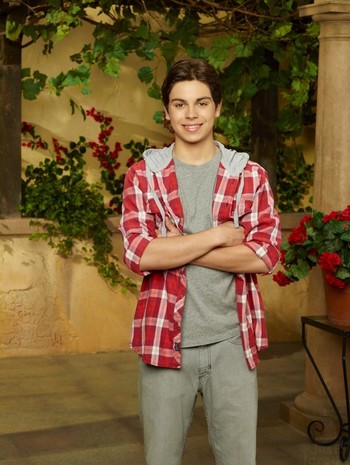 The youngest of the three Russo siblings, he is the naive younger brother, who at the beginning of the series is an underachiever (when it comes to wizard school), being far behind his siblings in his magic lessons (as seen in "Potion Commotion"). Max is a witty, cheeky boy with a very imaginative and out-going personality. Like Alex, Max is often depicted as a slacker and is been known to use magic mischeviously. He is very naive and has a short-attention span. His mother, Theresa sometimes treats him like the baby of the family. He sometimes assists his sister Alex in pulling pranks on their brother Justin.

The Grand Finale reveals that he did not win the wizard competition, but Jerry tells him that he will inherit the family business some day. 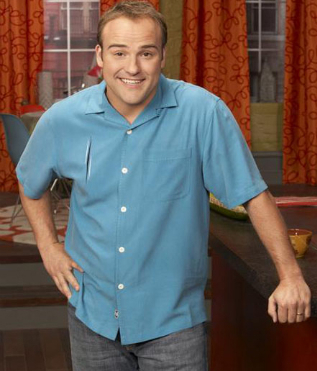 Jerry is the father of Alex, Justin and Max Russo and co-owner of the Waverly Sub Station, with his wife Theresa (whom he accidentally insults on occasion). He is also a former wizard, who chose to give up his powers to marry his wife Theresa, a mortal, due to a rule forbidding wizards to marry mortals.Jerry Russo is the average father. He is stern, protective and is annoyed by Alex and Max constantly, and even by Justin occasionally. Unlike his children, he does not have powers any more; nonetheless, his children inherited their powers from him. 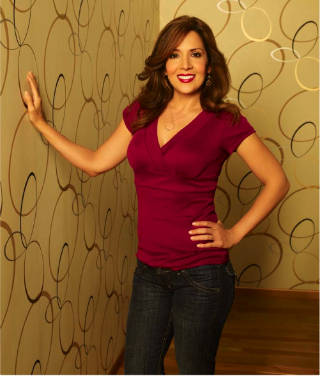 Theresa is the mother of Alex, Justin and Max Russo and co-owner of the Waverly Sub Station, with her husband Jerry; and is also the slightly more serious one out the couple. Theresa Russo is a typical mother. She's fussy, caring and can be pretty embarrassing. Unlike her children, she is a mortal. She is overprotective of Justin and Max. She tries to relate with her kids, but it doesn't always work. 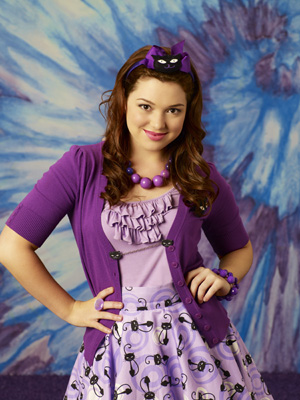 She is the best friend of the show's main character Alex Russo and is often known for her outrageous fashion ensembles that she designs herself. Harper is a typical teenage girl: kind, smart, a bit dorky and a fashion lover. She is very optimistic, though a little insecure at times. Harper has an extremely large and often (extremely) obsessive crush on Alex's brother, Justin.

He is a friend of Justin's. He is one grade higher than Justin and is considered "cool", yet nerdy. He attends Tribeca Prep and is in advanced chemistry along with Justin. He is also part of an "alien language" club; he and Justin often "speak alien" to each other.

She is an immortal vampire who falls in love with Justin while he spies for his parents' restaurant. The two fight their parents for their love (similar to Romeo and Juliet, but with a happier ending) and soon, are allowed to date despite the restaurant feud between their different families. When she was born, her parents let her have a soul so she could socialize in the mortal world, which makes her nice and down-to-earth, as oposed to most vampires, who are usually heartless and cunning.

He is a transfer student from England, perfect in every way except for his artistic vision, and Alex's first true love. He turns out to be a werewolf and breaks Alex's heart when he shouts out that he loves Juliet. In the end, he repents for breaking Alex's heart and proves he does love Alex, after all.

He is the principal of Tribeca Prep Sr. High School, which is shown when he calls Alex into the principal's office. He also admires Justin and often compares Alex to him.

She is (or at least, was) Alex's rival. She has tried to embarrass Alex ever since they were in kindergarten when Gigi spilled juice on Alex's mat during naptime and said Alex had an "accident".

He is Alex's boyfriend in the second season. He makes temporary tattoos in the boy's bathroom and is interested in cars. Dean is shown as a "bad boy", and Justin and Harper do not approve of him at first.

Jerry's brother. He was given Jerry's powers, when he married Theresa.

A young wizard Alex befriends. She is almost the perfect friend for her. Turns out she is apparently evil and has a diabolical plot to bring an end to the wizard competition, effectively making her the Big Bad of season 3. She is killed, but later resurrected and has a Heel–Face Turn.

A literal Angel, who falls in love with Justin and visa versa. They had a romantic relationship although it turns out she is really a demon (referred to as Angel of darkness) and The Mole for Gorog. Justin decides to become one as well and help Gorog to stay with Rosie. After a showdown with Alex, Justin has a Heel Realization and uses his love to redeem Rosie.

The equivalent of Satan of the show (and many other show's). This makes him the Big Bad/Greater-Scope Villain. He is introduced in season four with a plan to turn the world evil by stealing the Moral Compass, which he uses Justin and Rosie for, but was ultimatly defeated. He also has a Plan B to take over the Wizard world, and spy's on the Russos incognitto throughout the season. As he puts the plan into action he is killed by all three Russo children.

Archie
A former wizard who sets out to find a magical stone of dreams to turn his girlfriend Giselle back to her human form.
Giselle
A former wizard, who was turned into a parrot as a punishment for something and relies on her boyfriend Archie to free her with the Stone of Dreams.
Dominic
An evil Wiztech member who has a plan to trap all mortal beings in beads and take over the world. He carries out this plan by splitting Alex's positive and negative traits into separate entities. He turns out to be Gorog's nephew and may be part Angel of Darkness.