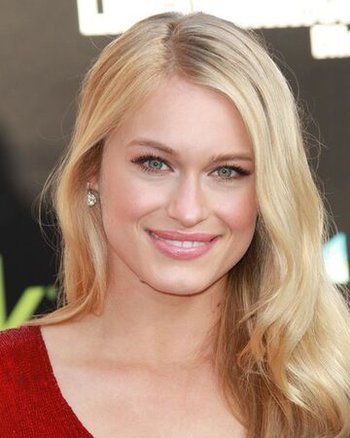 Leven Alice Rambin (born May 17, 1990) is an American actress. She is known for playing look-alike half-sisters Lily Montgomery and Ava Benton on All My Children, and for her recurring roles on Grey's Anatomy and Gone (2019), as well as Terminator: The Sarah Connor Chronicles, One Tree Hill, Wizards of Waverly Place, and CSI: Miami. She appeared in the sci-fi film The Hunger Games as the District 1 tribute Glimmer, and appeared as Clarisse La Rue in the fantasy film Percy Jackson: Sea of Monsters.

She was married to actor Jim Parrack.