. Naturally, this page is a work in progress.These include:

open/close all folders
Generation I

The Duke of Fidona and one of the biggest idealists on the Sliding Scaleof Idealism Versus Cynicism. Probably also one of the most clearly heroic characters. Despite being 3rd Tier, he is constantly made fun of. 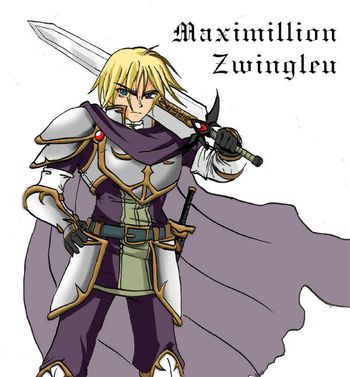 A sage from Alacia specializing in Wind Magic, he wanders in search of knowledge. Loyal, honest and kind, to a fault, his Achilles' Heel is his embarrassment around females. 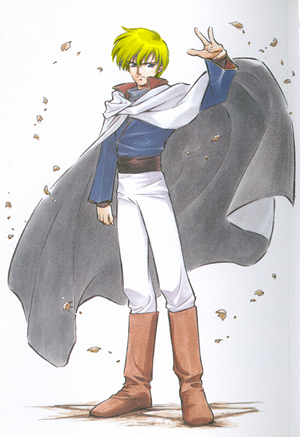 A member of the Knights Celestia and one of the strongest people in the world. Former duchess of Goshen. 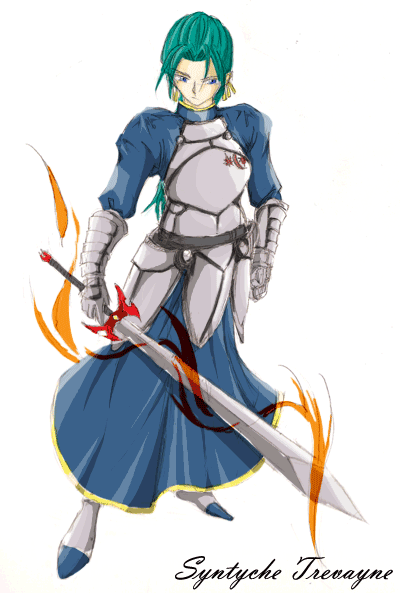 A young man of the Nineveh, a tribe of forest Vikings that are more or less stuck in Dark Age Europe. Brash, eager, and impossible to get along with, no matter how powerful he becomes he remains one of Skylessia's premier Butt Monkeys.

Sir Ellis on His Dark Throne

A young woman from the Trenor clan, a small tribe in northern Arad'uun. She's generally calm and easy-going. One of the many women involved with Vadim Itzal. 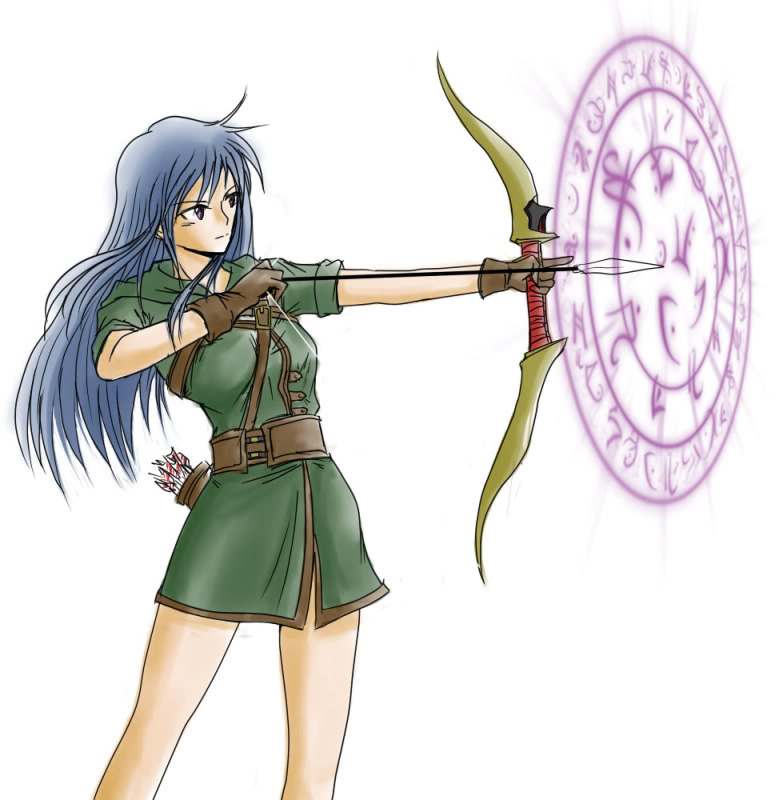 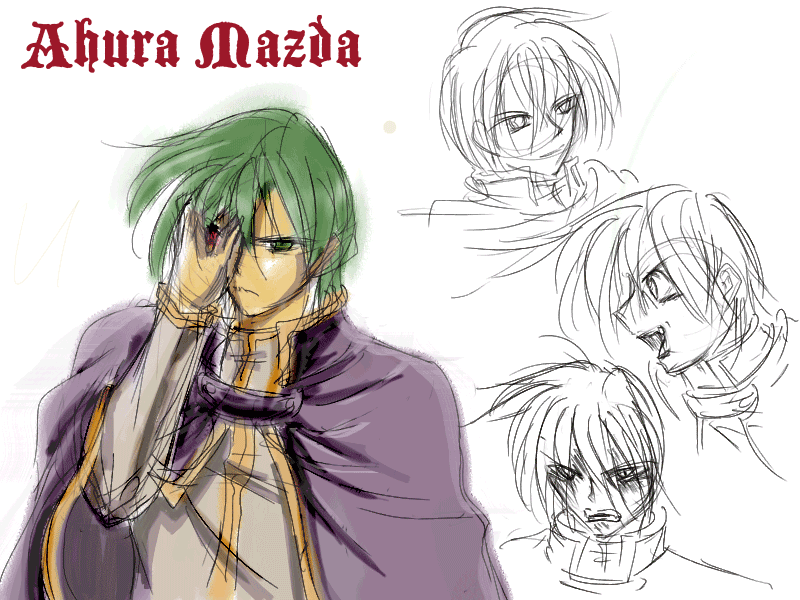 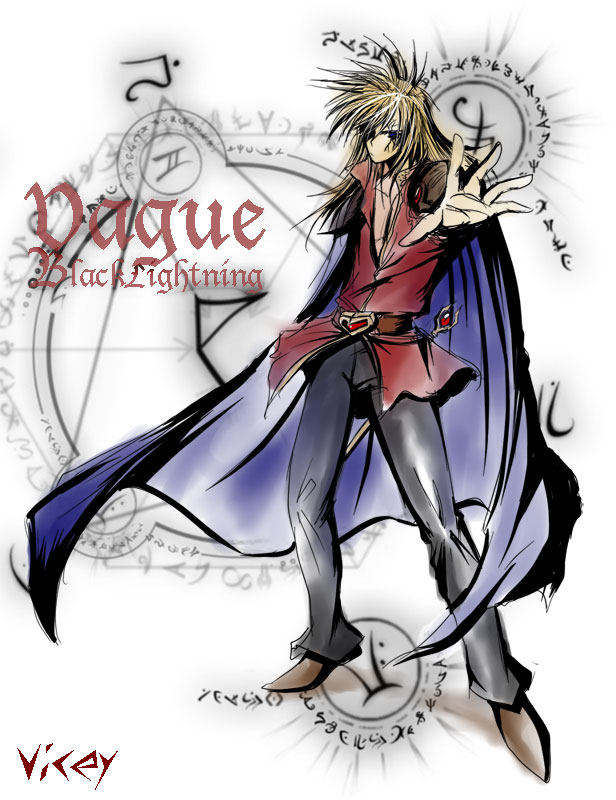 A beautiful, but strong-willed Devlani soldier from the Devlan Supreme Army who rebels and joins James Sromvoski in the historic Devlan Great War. She becomes James's queen after they fall in love during the war. 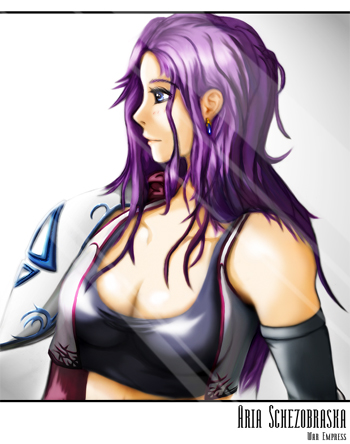 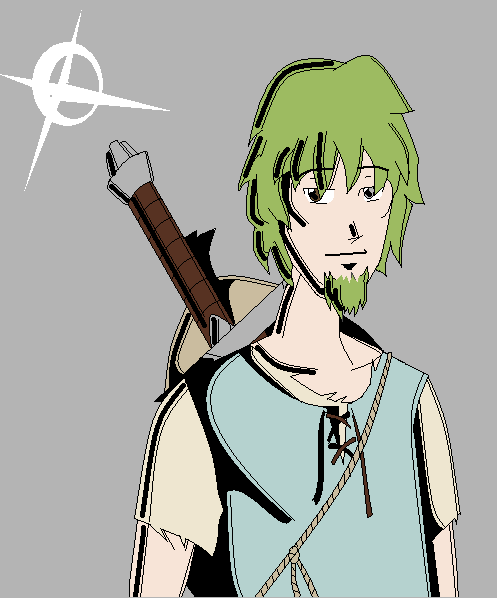 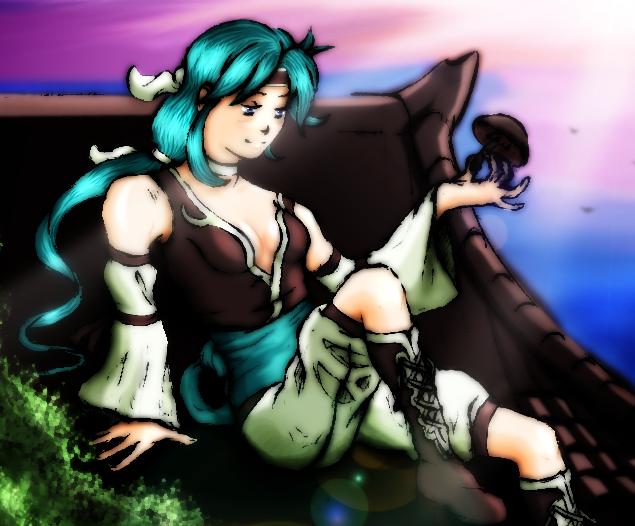 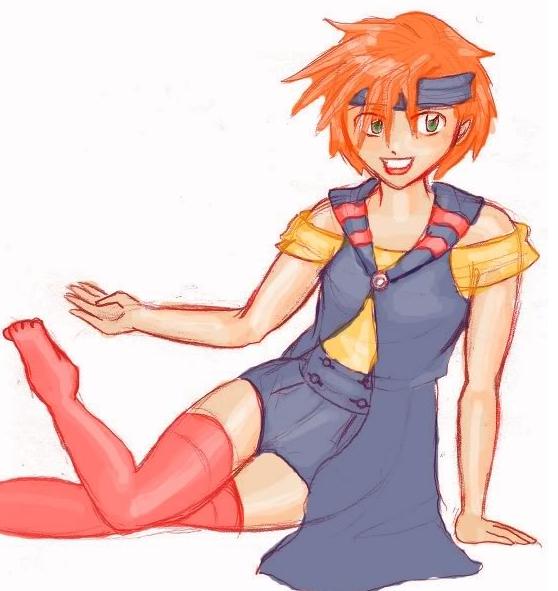 Maybe not THE Ms. Fanservice, but a contender nevertheless. 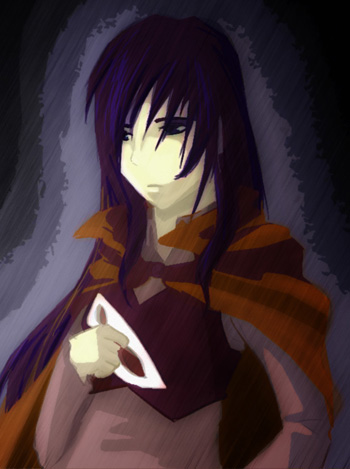 A major in the Val Mae military and a former arena fighter. Calm, collected, good-humored, and sociable, she is an overall Nice Gal and befriends people easily. 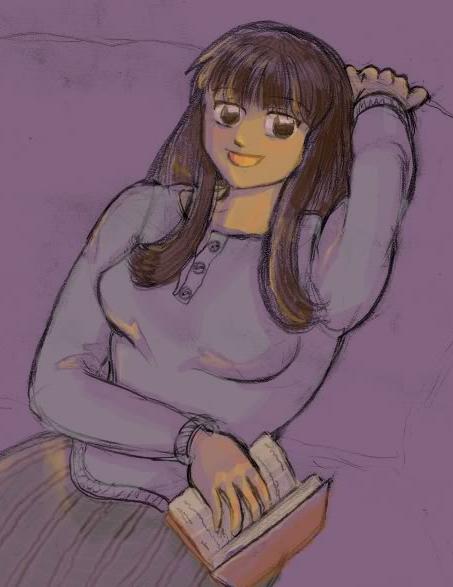 Just because you're a meatshield doesn't mean you're illiterate.

A Val Maean merchant who looks far more like some sort of barbarian, he is actually a rather wealthy and genteel man. Of course, he does take up mercenary work on the side... 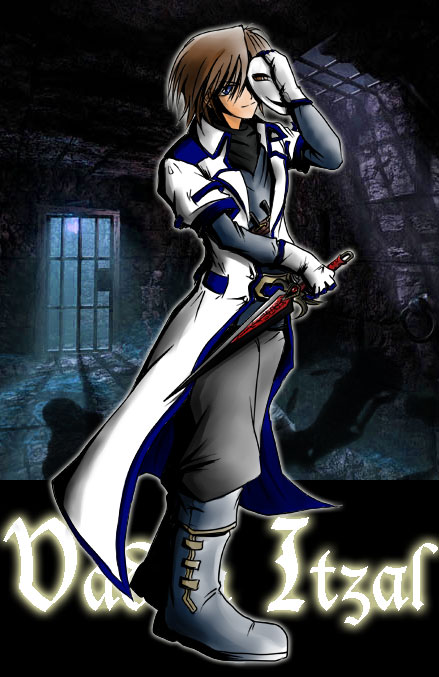 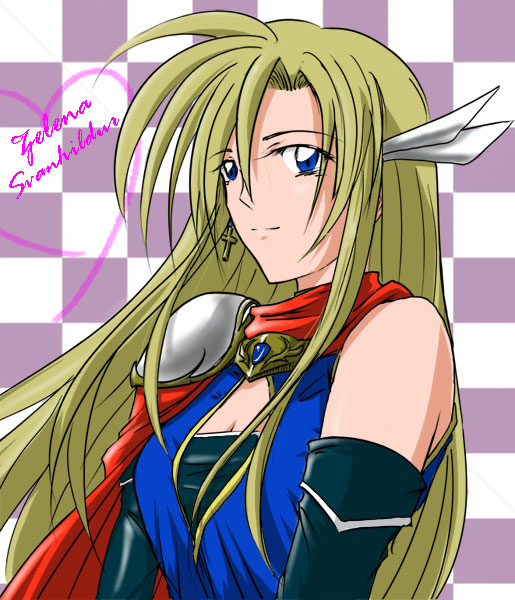