Note: Unmarked spoilers for Season 2 below! Continue at your own risk. 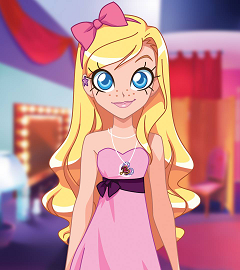 The lost princess of Ephedia. She lived peacefully on Earth until Talia and Auriana came to town and helped her train to reclaim her throne. She's kind and docile but really tenacious when she needs to be. Her symbols are a four-pointed star and, of course, a heart. 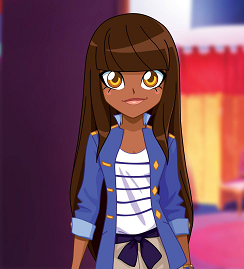 A princess of Xeris. She and Auriana came to Earth in search of the lost princess of Ephedia. She is the team's leader and is work-oriented bordering on anti-fun. Her symbol is a four-pointed diamond. 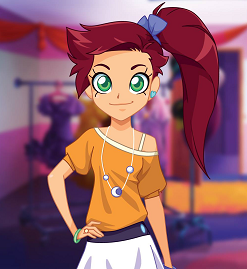 A princess of Volta. She and Talia came to Earth in search of the lost princess of Ephedia. She is the most energetic of the princesses with a quirky personality blending tomboyish and feminine character traits. Her symbol is a crescent moon. 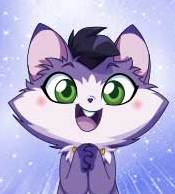 The team's Loyal Animal Companion, who vaguely resembles a purple kitten. He helps the princesses in their battle against evil. 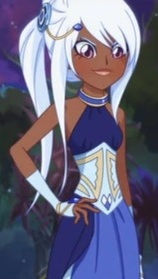 Talia's older sister and a princess of Xeris. A powerful mage in her own right, she is the leader of La Résistance. Her symbol is three diamonds. 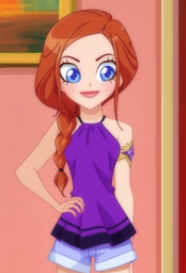 Princess of Calix. She's the most rough-and-tumble of the princesses, and prefers combat to spells. Her symbol is a compass rose (or an eight-pointed star). 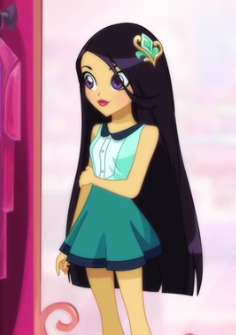 Princess of Borealis. She's the most ladylike of the princesses. She prefers spellwork to combat, as it's more graceful. Her symbol is a Fleur de Lis. 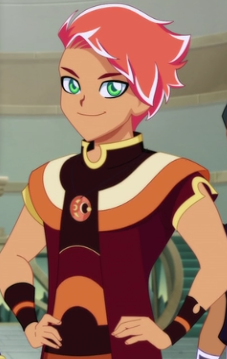 The prince of Volta, and Auriana's older (and apparently only) brother. His symbol is a slight variant on Auriana's crescent moon. 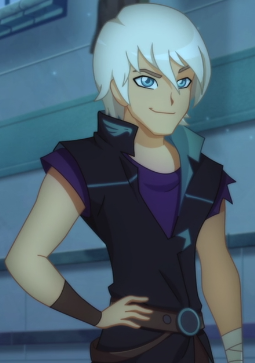 A handsome thief and mercenary from Ephedia. His symbol is a gold-coloured eagle. 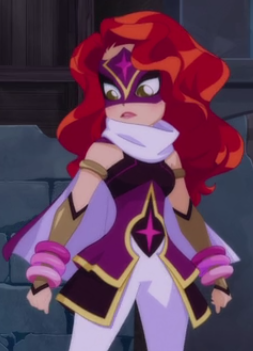 An Ephedian warrior who shows up to save Iris from Praxina and Mephisto in "Truth be Told". Actually Aunt Ellen's true identity

The King and Queen of Ephedia
Iris' parents and the true rulers of Ephedia. Long before the story began, Gramorr captured them and imprisoned them.
Aunt Ellen
Iris's adoptive parent. She is extremely kind and welcoming to all those around her and supports Iris in everything she does. She's actually an Ephedian named Ellira who was sent to Earth with Iris to protect her. See Ellira's entry above for details.

Nathaniel
Smoothie bar employee at the girls' favorite hang-out spot and Iris's love interest.
Doug
LoliRock's self proclaimed biggest fan. He runs a fansite about them and frequently follows them to concerts.
Missy Robins
Iris's childhood rival and a minor antagonist.
Kyle
A robot-building teenager who shows up from time to time. He has a crush on Talia.

Tropes shared with the Twins
Praxina 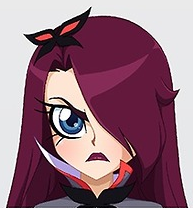 One of the primary antagonists. She and her brother, Mephisto, are Gramorr's underlings tasked with defeating the princesses. (They aren't very good at it.) She is more intelligent and ruthless than her brother, but less observant and more likely to become a victim of their own plans. Like Iris, she has two symbols- a sphere with three jagged magic bolts, and butterflies. 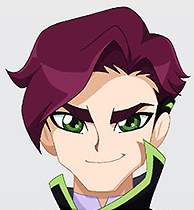 One of the primary antagonists. He and his sister, Praxina, are Gramorr's underlings tasked with defeating the princesses. (They aren't very good at it.) He's more bumbling and incompetent than his sister, but also a great deal more observant than she is and better with spellwork. His symbol is a serpent. 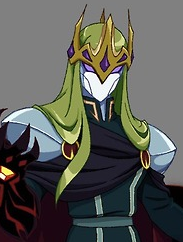 The evil ruler who usurped the Ephedian throne and sent Praxina and Mephisto after the princesses. Not much is known about him. 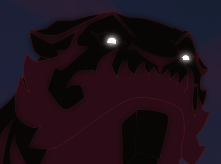 Gramorr's right hand leopard. Even less is known about Banes than his master.