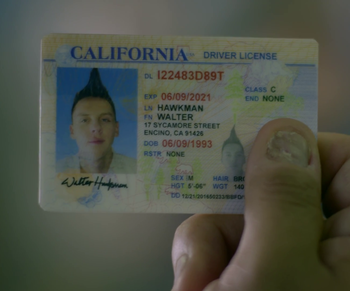 Good luck finding that family...
Waitress: Do you know each other?
Amanda LaRusso: Oh, they have warring karate dojos.
— The show in a nutshell, "Pulpo"
Advertisement:

Just like The Karate Kid movies before it, Cobra Kai embraces the 80's cheesiness for a new generation, leading to the following examples.