Cobra Kai is a comedy-drama web series acting as a sequel to The Karate Kid trilogy, revolving around former rival to Daniel LaRusso, Johnny Lawrence, as his reopening of the eponymous karate dojo reignites the rivalry (and the issues) that started the franchise. The show ran on YouTube Premium from 2018 to 2019, and is currently being released on Netflix from 2021 onwards.

Unmarked spoilers are present throughout the subpages as well as some of the synopses below. Read at your own risk. 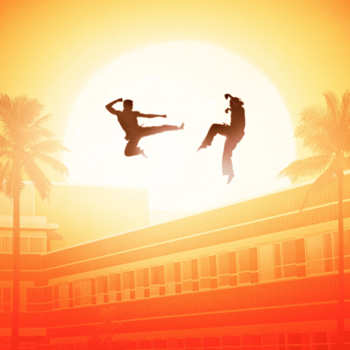 Johnny Lawrence, a down-on-his-luck man in his 50s and former star of the Cobra Kai dojo, is struggling to make ends meet as a handyman down in Reseda, Los Angeles. Meanwhile, Daniel LaRusso, former disciple of the late Nariyoshi Miyagi and Johnny's ex-rival, is enjoying his success as a car dealership owner, but is struggling to maintain balance in his life without his mentor to guide him personally.

After saving his neighbor, Miguel Diaz, from a group of bullies, Johnny rediscovers his talent for karate, and decides to reopen the Cobra Kai dojo in a quest for redemption, taking up Miguel as his first student. Cobra Kai's revival quickly attracts Daniel's attention, setting off a chain of events by which their rivalry is reignited. 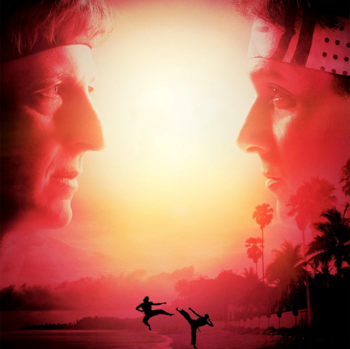 Two dojos. One fight.
"Did you really think you can attack Cobra Kai and there wouldn't be any consequences? You better hope that your students are ready. Because I promise you, ours will be."
— John Kreese

Cobra Kai's recent victory in the 2018 All-Valley Karate Tournament attracts the attention of Vietnam veteran and Cobra Kai's former sensei John Kreese, who visits Johnny personally to congratulate him on said victory and restoring Cobra Kai to its former '80s glory. Though initially distrustful of Kreese, Johnny eventually allows his former sensei back into Cobra Kai, unaware that Kreese has ulterior motives of his own concerning the dojo.

Meanwhile, Daniel opens the Miyagi-Do dojo, keeping Robby Keene, Johnny's estranged son, under his wing. Daniel's daughter, Samantha LaRusso, also decides to join, since her spark for karate has reignited after that same tournament. The intention for Miyagi-Do karate is to combat Cobra Kai's influence over the Valley, but without Miyagi to guide Daniel, is he really a match for Kreese? 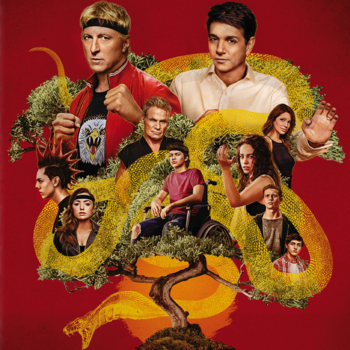 Cobra Kai never dies.
"The whole reason these kids got into trouble is because of us. We can’t let them suffer because of our issues. The only way to end this is by working together. So... what do you say?"
— Daniel LaRusso

Things have changed since the karate brawl at West Valley High — and not for the better. Miguel’s fighting for his life. Samantha is reeling from the trauma. Robby is on the run. However, nobody has suffered the brunt of it more than Johnny and Daniel. The former has become a broken man after losing his students and dojo to Kreese, and the fight tarnished the latter’s car dealership, along with Miyagi-Do from its closure.

Now at Rock Bottom, Johnny and Daniel have no choice but to work together. But setting things right will be easier said than done, with their grudges towards each other remaining, old friends and enemies coming to the fray, and the rivalry instigating once again. Ensuing the school brawl is far from the last. 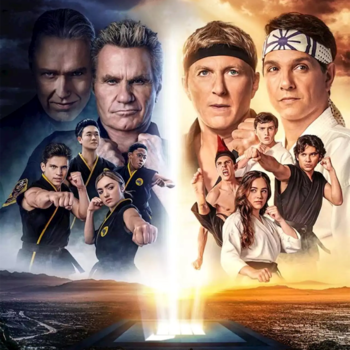 Fight for the soul of the Valley.
"Everybody thinks their way is the only way. You, my dad, Cobra Kai. Truth is, it doesn't matter which way you fight as long as it works."
— Robby Keene

With the now-ongoing threat of Cobra Kai looming in the valley, led by sensei John Kreese, with Tory and a fully-corrupted Robby as his top students, the stakes of winning the 51st All-Valley Tournament have never been higher. Johnny and Daniel have finally overcame their differences by agreeing to combine their dojos and take part in a co-sensei tandem, but just how long will that last? Will Daniel and his students agree to Johnny's emphasis on more offense, the same way Johnny and his students agree to Daniel's emphasis on more defense?

But as Kreese says it so himself, they're not the only ones working together. Enter his old war-buddy, Terry Silver, who's ready to once again help Kreese and Cobra Kai win the tournament and take back the valley in the absolute worst way possible. 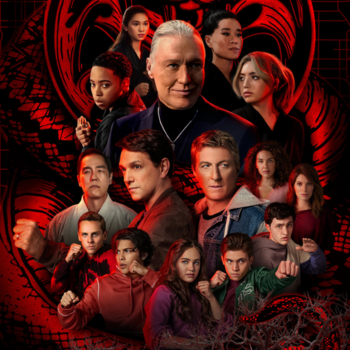 A new era of no mercy.
"Today is a turning point at Cobra Kai. Our competition has closed up shop... and the Valley now looks to us to lead the way. We have a long road ahead. This is just the beginning."
— Terry Silver

After months and months of grueling preparation, coupled with drama from all three dojos — Cobra Kai, Miyagi-Do, and Eagle Fang, the 51st All-Valley Tournament has found its grand champion with Cobra Kai coming out on top. But in a stunning turn of events, Silver has betrayed Kreese and taken over Cobra Kai for himself—with his grand desire in franchising the dojo now coming into fruition.

With Silver now the king of karate in the valley, Daniel must go above and beyond in recruiting a former enemy-turned-friend, Chozen Toguchi, to get Miyagi-Do back up on its feet and continue fighting the war against the new chain of Cobra Kai dojos. At the same time, Johnny must find his star student and son-figure, Miguel, as the latter goes all the way to Mexico to meet up with his real dad.