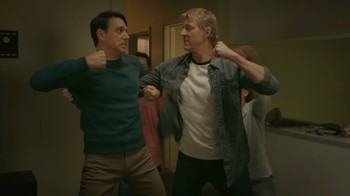 Like The Karate Kid brand overall, Cobra Kai is never without its ups and downs. They'll get knocked down, but they'll get up again. When they do, watch out!