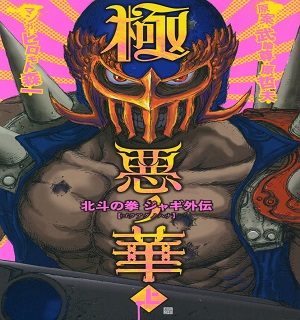 It centers around Jagi, one of the Four Hokuto Brothers starting from his childhood growing up under Ryuken and the race to become the successor to Hokuto Shinken.

The manga has examples of: