Characters that appear in the 2014 video game Watch_Dogs. Be aware of unmarked spoilers.

Characters that appear in Watch_Dogs 2 is on its own page.

Aiden Pearce / The Vigilante / The Fox 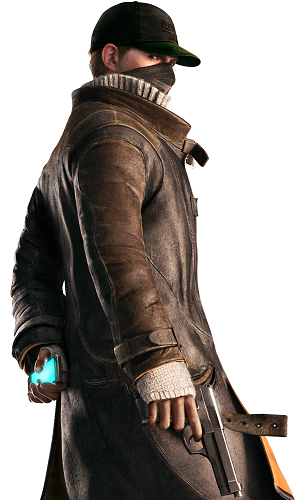 Voiced by: Noam Jenkins (English), Toshiyuki Morikawa (Japanese)
"They think I'm a man out of control. But I've never had so much control."

The player character. Aiden Pearce was born in Belfast, Northern Ireland on May 2, 1974 at the height of the Troubles. He is no stranger to violence and is more than willing to use it against his enemies. However, his actions have had an untoward effect on his family, and now he monitors them in secret in order to keep them safe.

The younger sister of Aiden and single mother of Jackson and Lena.

Nicole's daughter and Aiden's niece. She died 11 months before the events of the game during an assassination attempt of Aiden. 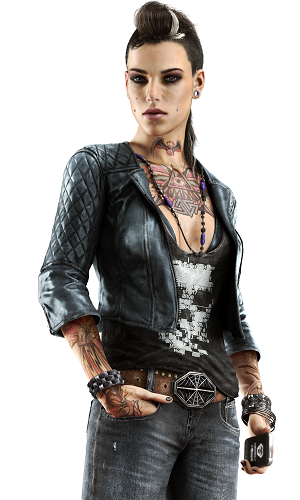 Voiced by: Isabelle Blais (English), Eri Miyajima (Japanese)
"Clara is seductive. She’s dangerous. She’s the trapdoor spider you never saw living right under you. She can weave her way through any system and she can expose every secret you hide."

One of Pearce's allies, using her tattoo artist occupation as her front. She is a DedSec activist with ties to its council. 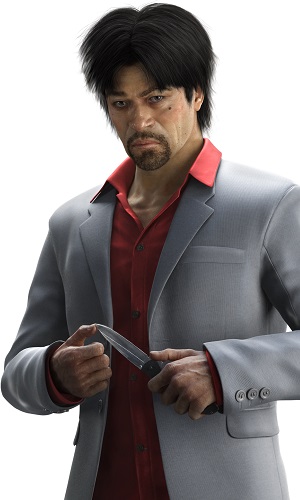 Voiced by: Aaron Douglas (English), Jin Yamanoi (Japanese)
"When you’re screwed beyond belief, you call in a fixer. And that’s Jordi. He gets things done and gets paid good money for his services. You need a body to disappear? You gotta find a missing adversary? Someone pissed you off? You call Jordi."

A man who does dirty work for money. He has no recorded profile on ctOS. 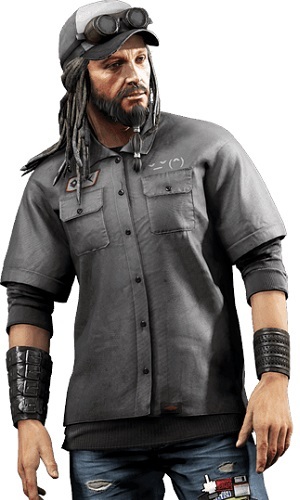 Voiced by: John Tench (English), Kazuhiro Yamaji (Japanese)
"T-Bone grew up a tinkerer and a basement hacker before the Internet was barely a byte. He can’t help challenging his mind to unlock areas forbidden to him. And it hasn’t gone without punishment. But he’ll take his jabs. And he’ll give his share in return."

A hacker hiding out in Pawnee whom Aiden meets while looking for Raymond Kenney. He is really Raymond Kenney, the creator of ctOS and the one who caused the Northeast Blackout of 2003.

A homeless man who sells crafted items to Aiden. He is also a former associate of Raymond Kenny.

A renowned child psychologist treating Jackson after the death of his sister. Following Nicky's abdution, Aiden puts Jackson under her care.

A character exclusive to the Bad Blood DLC. She is a detective who affiliated with T-Bone. 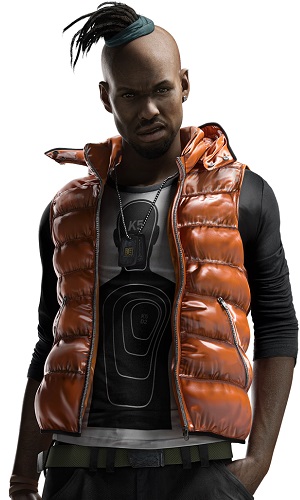 Former army signal specialist turned gang leader. He knows the future will be won with technology. 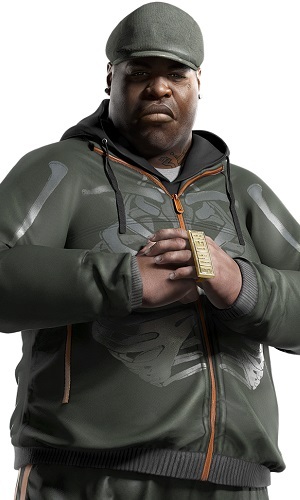 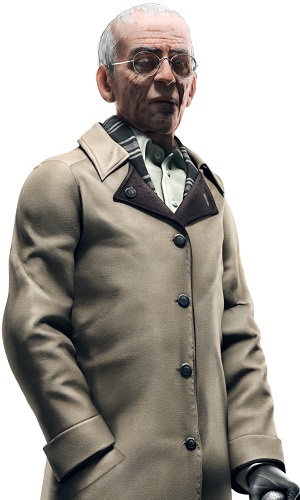 Voiced by: Myron Natwick (English), Hiroshi Naka (Japanese)
"Experience has taught me not to be manipulated, not to back down."

The powerful kingpin of the Chicago South Club, who rules Chicago's criminal network. 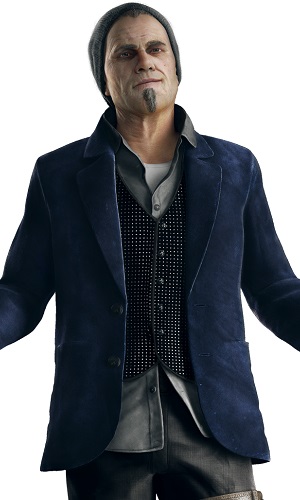 The thug who was ordered to carry the hit on Aiden.

The predominant street gang in the city, the Black Viceroys put forward an image of being typical hoods to cover their newly minted power on Chicago's people.

The Chicago South Club are the dominant organized criminals in Chicago, the Irish Mob that seized power from the Capone Syndicate and now rule everything from the city government to any gangs under their aegis. Time has not softened them, as the group has continued to shift with the times.

A group of militia from the nearby town of Pawnee, the Militia are brought into Chicago due to being part of the security efforts for Blume's offices in Pawnee and taking jobs from Quinn and the Chicago South Club.

A group of hackers who want the city of Chicago to shut down the ctOS and put city infrastructure in a demilitarized zone. 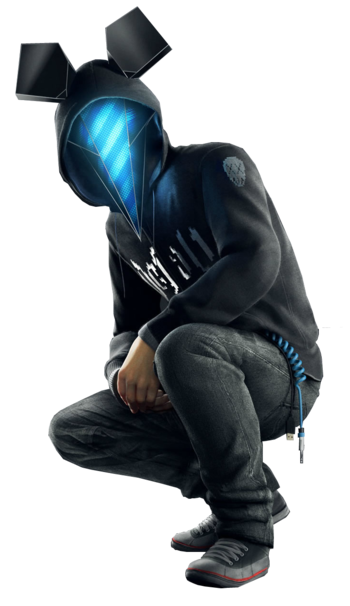 A hacker who has just as much access into the ctOS as Aiden.
Charlotte Gardner