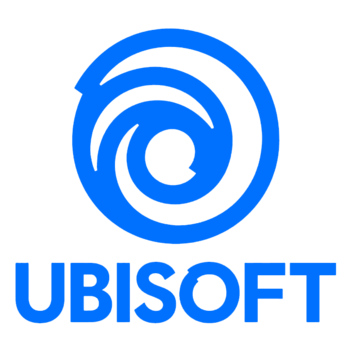 (originally written as Ubi Soft) is a video game publisher and developer founded in 1986 by five Frenchmen, the Guillemot brothers. It is headquartered in Montreuil-sous-Bois, France, with branches in 20 different countries, including the United States, Canada, Spain, the United Kingdom, the Netherlands, and China. Their games have appeared on a wide variety of platforms since the early 1990s.

Currently one of the largest gaming publishers in the world, with 25 different studios and nearly 14,000 employees, Ubisoft is known for an unusual development pipeline: as opposed to most publishers, which generally have different studios work on different games in their lonesome, with any cross-studio interaction generally being limited to technical support, Ubisoft has their studios all co-develop various parts of a game and bring it together into a whole, to the point that the lead of the Assassin's Creed franchise, Jean Guesdon, broke down the map of

Assassin's Creed Origins down into various chunks to highlight what studios made what parts of the map.

This system has its benefits and its drawbacks — on the plus side, it allows Ubisoft to put out massive, reasonably polished games on a regular schedule, and generally means that, while certainly not immune to the Troubled Production curse, most of their games tend to have a fairly smooth development cycle compared to what publishers like Electronic Arts and Activision frequently deal with. On the downside, it means that Ubisoft's games are frequently criticised for being Strictly Formula open-world games filled with busywork and a few specific types of side-quests.

Ubisoft is a fairly divisive publisher since about the mid-2010s — their Strictly Formula game design (which culminates with them adding intrusive RPG Elements to their long-running series such as Assassin's Creed Origins, Far Cry: New Dawn, and Ghost Recon Breakpoint), troubled relationship with the PC gamer segment, aggressive in-game monetisation, frequent always online-requirements, and overuse of the word "iconic" have all gathered them their fair share of detractors. Still, said open-world game design has plenty of fans, people appreciate the heavy amounts of post-launch support and content they give even their older games, and they generally give off the impression of being one of the better-run and better managed AAA publishers out there. However, a major scandal about widespread sexual harassment and other kinds of sexual misconduct and a generally toxic workplace culture that had festered for years in many of the company's subdivisions which surfaced to the public in the summer of 2020, has seriously shaken this perception. The further revelation that Ubisoft's HR department had been aware of the problems, but had for the most part tried to suppress and cover them up, rather than addressing them, added fuel to the fire, and resulted in resignation of many leading, high-profile figures in the company involved in the scandal to varying degrees, quite a few of whom were personally close to CEO Yves Guillemot.

Since 2008, they have also owned visual effects company Hybride Technologies, and also had a hand in the films Avatar (for which they also did the video game), Predators and, of course, Assassin's Creed.

Some of their franchises — particularly Assassin's Creed, Far Cry and Watch_Dogs — are implied to exist in a Shared Universe, but this is constantly subjected to Flip-Flop of God. On one hand, Ubisoft has denied this and the three franchises go in completely different directions, where their stories are incompatible with each other; on the other hand, they have an insane amount of references to each other, take a very Broad Strokes approach, such as how a character from AC appeared and was killed in WD - which was confirmed to be canon in the next AC game, or how Sam Fisher is confirmed to be KIA along with his crewmate in Far Cry: New Dawn but it's alive and still kicking as an Old Soldier in Ghost Recon Wildlands and Ghost Recon Breakpoint.