The followers of Giliath Osborne, serving as his eyes and ears throughout the Empire. They can be found in all walks of life but particularly in the Railway Military Police, which Osborne founded in part to break the monopoly on power held by the Army.

A Captain in the Railway Military Police, known as the Icy Maiden. She first appears to assist Rean's group during their field study in Celdic. She has a close sisterly relationship with Millium. In the third game, it's revealed that she and Michael Irving are cousins. 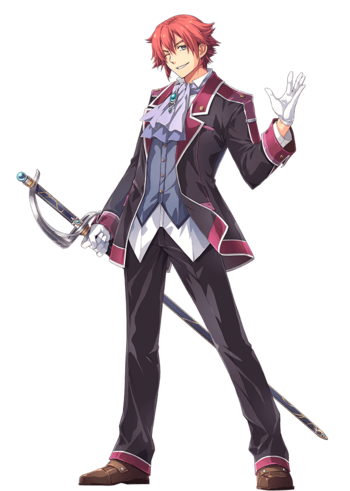 Initially appearing as the slack-happy Student Council President at Jenis, he is in fact an agent in the Imperial Security Services and is Osborne's confidential secretary, spy and field agent. 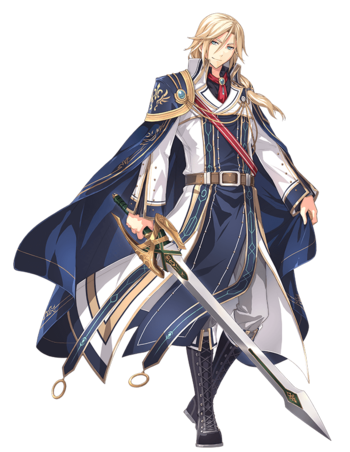 Rufus as he appears in Cold Steel III

Jusis' older brother and a champion of the Noble Alliance. Also a member of the Board of Directors of Thors Military Academy. It's later revealed that he's actually an Ironblood and Osborne's right hand man. At the end of the second game he ends up serving as the Governor General of Crossbell.