Outside of laws and juridictions in Zemuria, lies many mercenaries groups, who take morally grey contracts and participate in many wars and terrorist operations for a living. These groups are known as Jaeger Corps, and one should be extremely careful upon meeting them in public. Many groups exists thorough the continent, but a few of them stands out with a great military might and many resources. 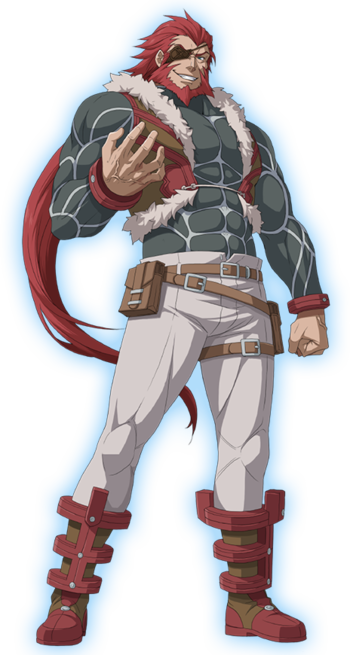 The second in command of The Red Constellation, under his brother Baldur. A hulking man known as Ogre Rosso, he and his twin axes tower over the battlefield. He is hired for a job in Crossbell in Ao but has reasons of his own for accepting... 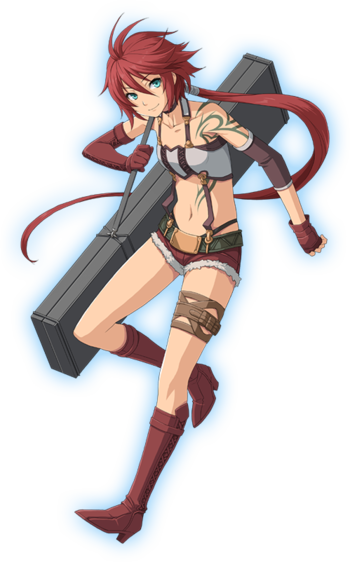 Shirley as she appears in Cold Steel IIInote 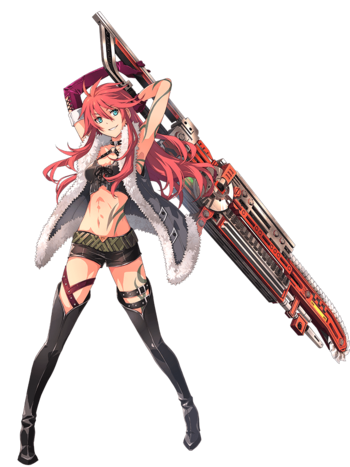 Randy's younger cousin and a brigade leader of the Red Constellation. Her combat prowess is exceptional and she is feared throughout Western Zemuria as Bloody Shirley.

A sub-commander of the Red Constellation known as the Blitz. 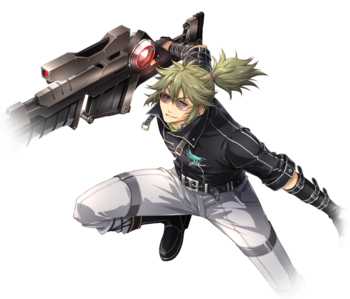 A sub-commander of the Jaeger group Zephyr. In the first two games he, along with Leonidas, served as bodyguards and enforcers of Duke Cayenne. In the third game, he and Leonidas return and are back to serving under their revived Jaeger commander, Rutger Claussell. 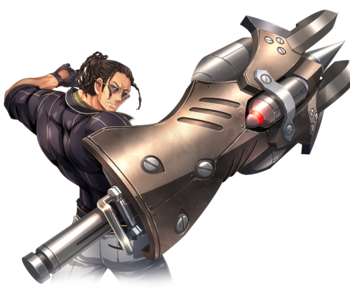 Another sub-commander of the Jaeger group Zephyr. In the first two games, he and Xeno served as bodyguards and enforcers of Duke Cayenne. In the third game, the two return and are back to serving under their revived Jaeger commander, Rutger Claussell. 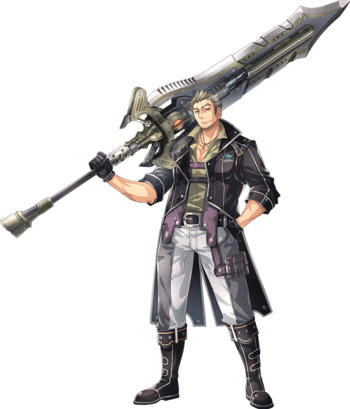 Fie's adoptive father and leader of Zephyr, one of the most powerful Jaeger corps in Western Zemuria alongside the Red Constellation. Presumed dead after a 3-day battle with Baldur Orlando, leader of said rivaling group before Cold Steel I begins, he appears alongside Xeno and Leonidas in Cold Steel III having been mysteriously revived.

Former solders of the fallen Principality of North Ambria, they turned to the Jaeger lifestyle fairly recently in order to earn money to help rebuild their homeland.