A major (later Lieutenant-Colonel) of the Imperial Army of Erebonia and Olivier's childhood friend. 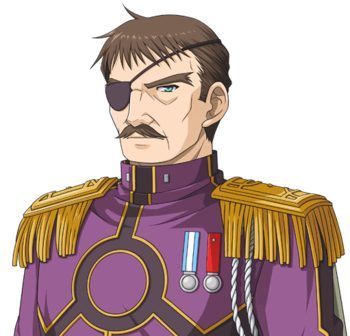 The lieutenant general in charge of the 3rd Armored Division and known as "One-Eyed Zechs". He is the younger brother of Matteus Vander and the uncle of Mueller and Kurt.

The lieutenant general in charge of the 4th Armored Division and known as "Craig The Red". He is the father of Elliot and Fiona, both of whom he adores very much. 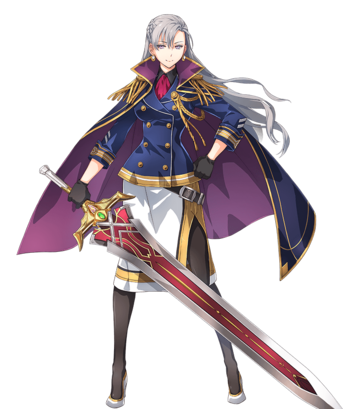 Aurelia as she appears in Cold Steel III

The commander of the provincial garrison of the Cayenne family and a deadly warrior known as the Golden Rakshasa. In the third game, after the annexation of North Ambria state, she retires from the military and takes up the position of principal at Thors Second Branch School.

The commander of the provincial garrison of the Hyarms family, originally from the Nord Highlands.