A terrorist group active in the Empire whose stated goal is nothing less than the death of Giliath Osborne. They have far greater money and resources than their size would suggest, leading many to conclude that they must have a wealthy backer, later on confirmed to be the Noble Alliance.

In March of S.1207, the existence of a group known as the "New Imperial Liberation Front" was announced by a figure known as <C>, the same moniker used by the original group's leader.

The leader of the Imperial Liberation Front, with a mask to hide his face and a synthesizer to hide his voice, not even his companions know him as anything but 'Comrade <C>'.

To learn more about his true identity, see here.

The cold sub-commander of the ILF who spearheads their plans. He is normally addressed as 'Comrade <G>'. 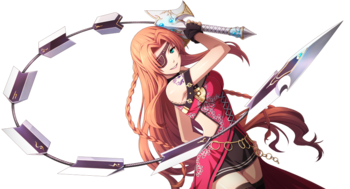 Scarlet as an ILF member
SPOILERS Scarlet in her Gralsritter habit

Another leader of the ILF, wielding a Temple Sword and Arts with equal skill. She is normally addressed as 'Comrade <S>'. 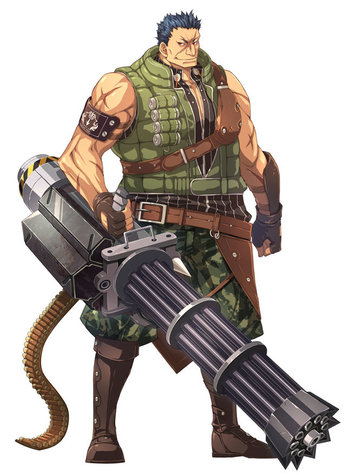 An enormous man and the last of the leaders of the ILF. He is normally addressed as 'Comrade <V>'. 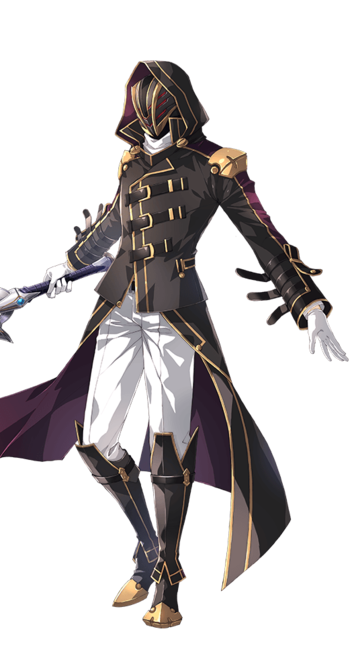 A masked man in black who serves the leader of New Imperial Liberation Front. He is the third protagonist of Hajimari, together with Lloyd and Rean.

For information on his true identity, see Rufus Albarea. 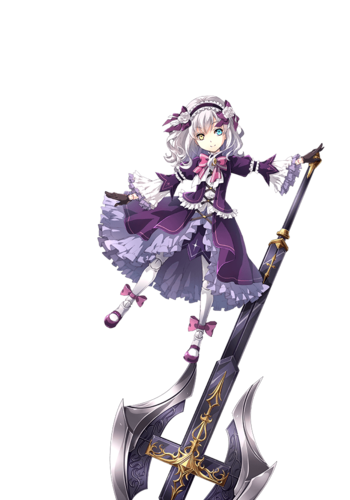 A living doll made by Rosenberg Studios. She was found in a trunk that Swin and Nadia were tasked to deliver to <C>. With no memories barring her name and her status as a Rosenberg doll, she decides to join <C> in hopes of finding out her identity. 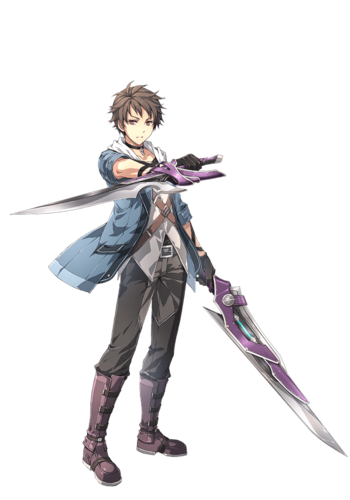 A boy who once worked as a killer for a group known only as the "Organization," he left the group behind alongside his partner Nadia. In Hajimari, they were tasked with delivering a trunk to <C>, who then asked them to lend their services to him. While initially reluctant, Swin eventually accepts. 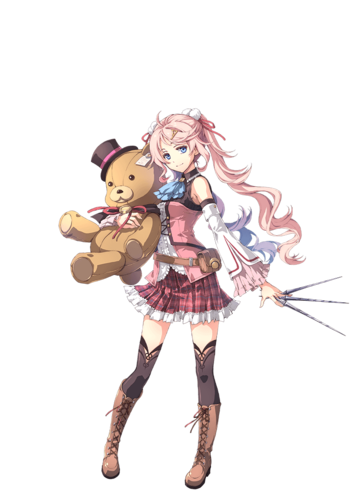 A girl serving as the partner of Swin in the "Organization," she joined him in escaping from their masters to lead new lives for themselves. After fulfilling a request to deliver a trunk to <C>, she accepts his offer to work for him.