open/close all folders
The Reformist Faction

The High Chancellor of the Erebonian Empire and the leading figure in the movement to reform the Empire's feudal power structure.

The Governor of Heimdallr and a member of the Board of Directors of Thors Military Academy. He is Machias' father. 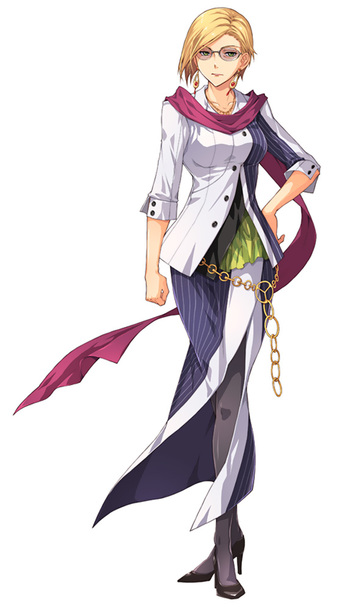 The CEO of the Empire's largest company, which produces everything from luxury automobiles to Tactical Orbments to tanks. She's also Alisa's (distant) mother and on the Board of Directors of Thors Military Academy. 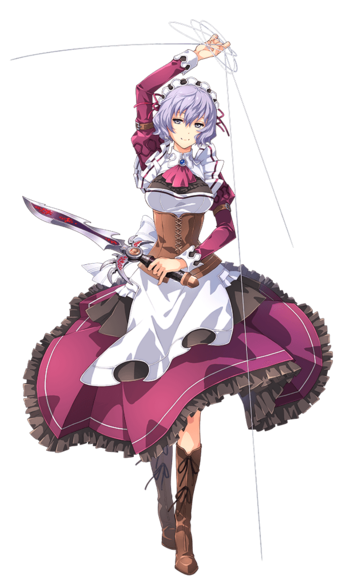 The scarily competent maid of Reinford family to the point of parody. She acts like a big sister towards Alisa and the members of Class VII. She is actually Enforcer No.IX of Ouroboros.

Alisa's grandfather and Irina's father. He was the founder and former head of the Reinford Group up until his daughter forced him to resign from his position so that she could take over. 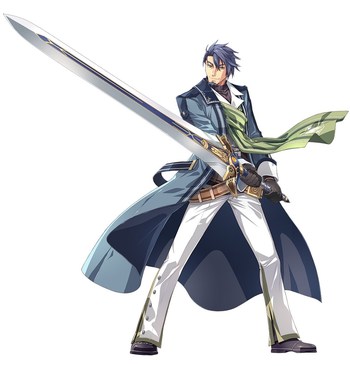 The Viscount of Legram and the greatest swordsman in the Empire, known as the Radiant Blademaster. He is a man more interested in the well-being of his people than playing in politics. 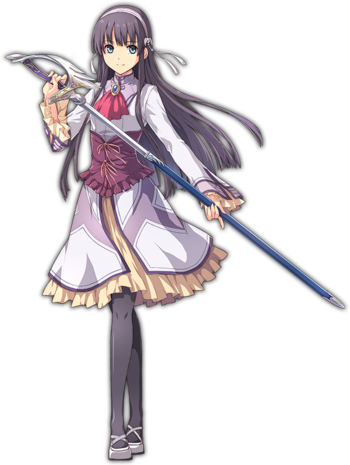 Elise as she appears in Cold Steel III note 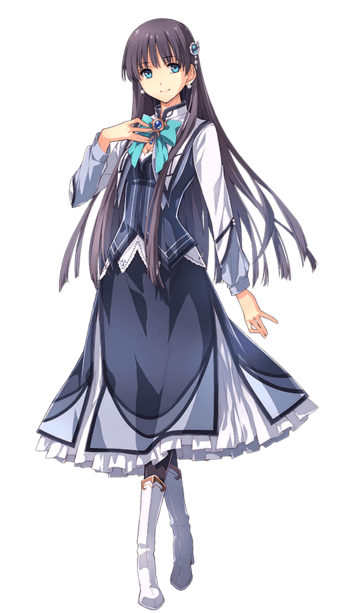 The biological daughter of Baron Teo Schwarzer and younger sister to her adoptive brother Rean. She attends at St. Astraia in Heimdallr and is close friends with Princess Alfin who consistently teases Elise about her feelings for Rean. As of Cold Steel III she has become the Student Council President of her school.

The ruling nobles of Ymir. They are the parents of Rean and Elise Schwarzer. Twelve years before the start of the series, they adopted Rean into their family and care for him deeply as though he was their real son.

One of the three disciples of the late Professor C. Epstein. He works as a scientist and researcher for the Roer Institute of Technology and is responsible for the creation of the Panzer Soldat units used by the Noble Alliance throughout the Erebonian Civil War. After it's end, he's assigned as a "Special Advisor" over at Thors Second Branch Campus as a way of monitoring his actions. 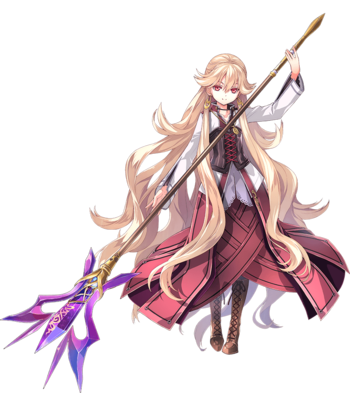 A mysterious girl Rean encounters on his journey across various parts of Erebonia in Cold Steel III. For some unknown reason, only he can perceive her presence unless she decides to reveal herself to others. She's later revealed to be Emma's grandmother, Roselia Millstein, and the elder of the Hexen Clan. Her true identity is that of Holy Beast that was tasked with guarding the Fire Sept-Terrion, Arc Rouge under the same name.

An aged swordsmaster and one of the most revered warriors across all of Zemuria. The founder of the Eight Leaves One Blade school of swordsmanship, he is the mentor of Cassius, Arios, and Rean.

A group first mentioned in Cold Steel II. It once served as a division of the Thirteen Factories headed by the Sixth Anguis of Ouroboros, but is now currently under the control of High Chancellor Giliath Osborne. They're later revealed to be comprised of members of the Gnome clan. 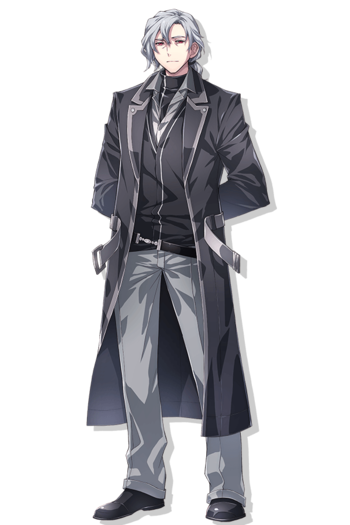 As he appears in Cold Steel IV

First introduced in Cold Steel III under the name of Lughman. He first meets Rean and his students during their trip to Crossbell City in Chapter 2. He's later revealed to be the head of the Black Workshop.

A mysterious white haired man wearing a mask. It's later revealed that he is in fact a resurrected Crow Armbrust.