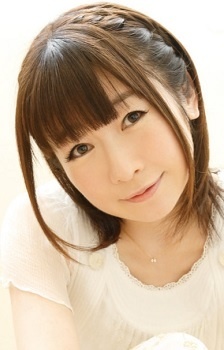 Miyu Matsuki (September 14, 1977 - October 27, 2015) was a seiyuu from Hiroshima, Japan, and her blood type was A. She was occasionally a yuri typecast, and her voice was often soft and sweet. She was equally good at playing deadpan (Hisui from Tsukihime), energetic (Suzu's Mother from Seitokai Yakuindomo) or a combination of both (Cuko from Nyaruko: Crawling with Love!, who spoke in a deadpan manner, but would throw herself energetically at her love interests).

On October 27, 2015, Miyu passed away due to lymphoma caused by Chronic active Epstein-Barr Virus (EBV) infection at the age of 38. May she rest in peace.

In honor of what would've been her 39thnote "3" and "9" are pronounced "san" and "kyuu" in Japanese; hence the Japanese use "39" as shorthand for "thank you" birthday, her family and colleagues organized an open memorial exhibit for her, including some information on EBV, as per Miyu-chan and her parents' wishes. Hidamari Sketch artist Ume Aoki, who created one of her Star Making Roles, provided the artwork for the information flyer