A list of the various student in Thors Military Academy. Originally, each year consists of 5 classes until the previous year: Class I and II are for noble students while class III, IV and V are for commoners.

As of Cold Steel III, classes are no longer segregated by social standings. In addition, a normal Class VI was added in place of the previous Class VII. 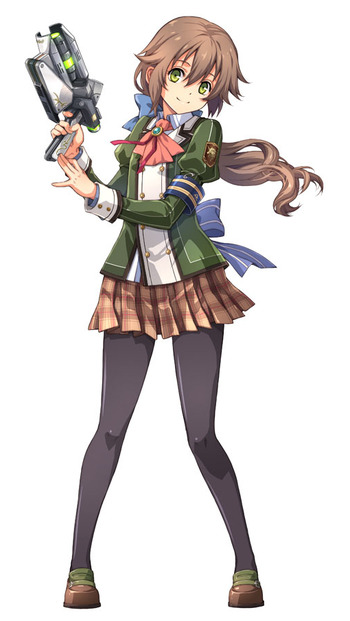 Towa as she appears in Cold Steel III note

A second year student and the President of Thors' Student Council and easily the hardest-working person on campus. If anything relating to the students is working properly, it's because she's doing it. Exceptionally talented at organizing people and making friends. Together with Crow Armbrust, Angelica Rogner, and George Nome, she and her friends took part in the trial class that would eventually become the basis for Class VII.

A year and a half after graduating from Thors, she ends up signing on as a teacher at Thors Second Branch Campus and becomes the instructor of Class IX.

A second year student known for being a slacker. Originally a member of Class V, he transfers to the first year Class VII due to a lack of credits.

Angelica as she appears in Cold Steel III note 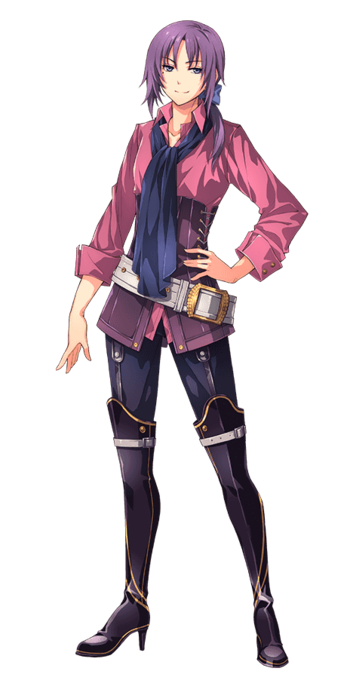 The daughter of Marquis Rogner of Roer and a scion of the Four Great Houses. A second-year student who enjoys defying stereotypes, she loves bikes and cute girls. Together with Towa, Crow, and George, the four served as members of the trial class that served as the basis for Class VII. Near the end of the first game she's forced to drop out from Thors due to complications with her father, but eventually manages come back in order to finish her term in Cold Steel II. 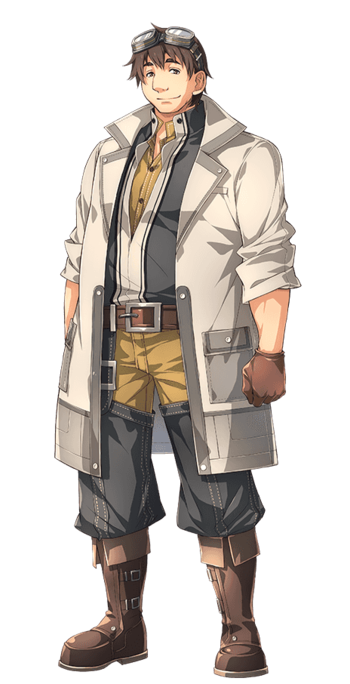 George as he appears in Cold Steel III

A second-year student who's a genius with technology and is in charge of maintenance. He once studied under Professor G. Schmidt during his time at the Roer Institute of Technology. Together with Towa, Angelica, and Crow, the four served as members of the trial class that would become the basis for Class VII. 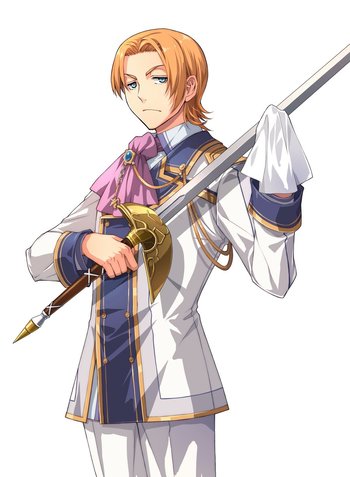 Patrick as he appears in Cold Steel I

The third son of Marquis Hyarms, an arrogant first-year student whom Rean encounters during his time Thors. After suffering defeat at the former's hands and meeting Rean's younger sister Elise, Patrick slowly begins to grow out of his arrogance and begins to change into a man befitting his status as a noble.

Ferris as she appears in Cold Steel III

A Class I girl who's on the Lacrosse Team with Alisa. She's also the little sister of Vincent Florald.

The head and only known member of the Fishing Club. 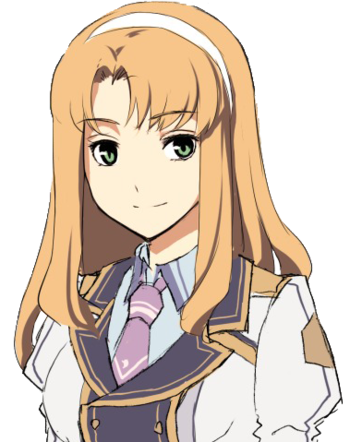 The pianist of the school's Wind Orchestra. She and Alan knew each other as children.

The daughter of a baron who's seeking a husband to take home with her.

The leader of the Riding Club. His trusty steed is Whitcomb.

The head of the Photography Club. 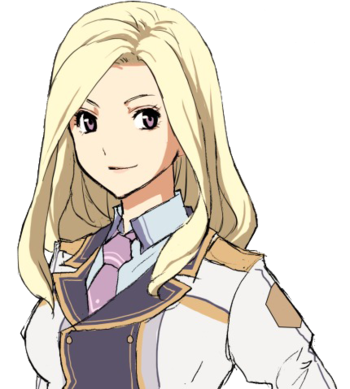 The head of the fencing club. Friedel is a calm, collected young woman who never seems to let anything phase her. She generally doesn't bother getting involved in the matches beyond coaching the participants, which leads some of the club's participants to assume that she isn't very good at it; in reality, she is a frighteningly talented fencer who can hand nearly any other combatant on campus their head on a platter.

A second year in the Lacrosse club. She is best friends with the club head Emily and assists her in running the club. Her friendship with Emily causes her to be more sympathetic and attentive to commoners than most of the nobles, something her family strongly disapproves of.

Edel as she appears in Cold Steel IV

The head of the Gardening Club, widely known for her calm, laid-back nature, and her ever-present straw hat.

A common-born student with insecurities regarding his abilities in comparison to nobles. He and Bridget knew each other as children.

A first year student with a strong business sense. He and Becky regularly compete with each other to see who's better at sales.

Becky as she appears in Cold Steel III

A student born and raised in the market town of Celdic. Competes regularly with Hugo to determine who's better at sales.

A student who's part of the Swimming Club along with Laura. 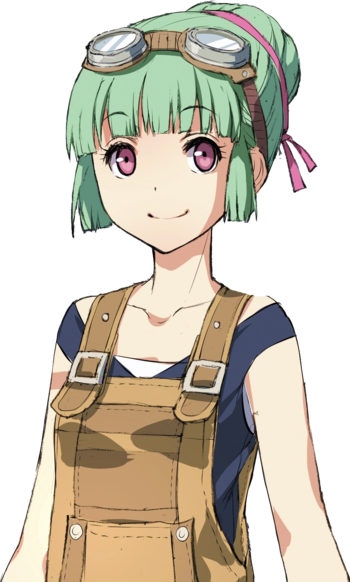 Mint as she appears in Cold Steel III

The flutist of the Wind Orchestra. She's the niece of Instructor Makarov.

A member of the Swimming Team.

A member of the Art Club. Vivi is her younger twin sister.

Vivi as she appears on Cold Steel III

A member of the Gardening Club. Linde is her older twin sister.

A first year student with spending habit in regards to shopping.

A member of the Photography Club who has little interest in taking photos of anything but attractive girls.

A student with a strong love for the radio.

A student at the school who spends her free time as a nun in the Trista church. In truth however, it's revealed that she's secretly the squire to the Second Dominion of the Gralsritter, Thomas Lysander.

A member of the Riding Club.

The creepy head of the Occult Club

The head (and only member) of the Lower Class Chess Club

The head of the Art Club. Cares little for anything outside her art.

The head of the Wind Orchestra.

A member of the Fencing Club.

The captain of the Lacrosse Club. She loves training, especially early in the morning, and has a fiery disposition, ready to put the fear of Aidios into her club charges. She is best friends with Theresia, a noble, who helps her captain the club.

The captain of the Swimming Club.

The head of the Cooking Club.

A somewhat stuck-up girl in Class I who acts as one of Prince Cedric's main followers.

A boy with a fairly large build in Class I who acts as one of Prince Cedric's main followers.