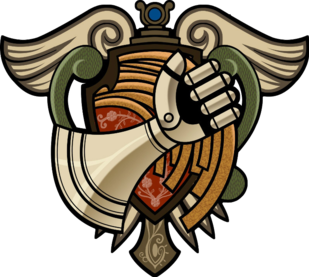 A peace-keeping non-governmental organization based in Leman whose main purpose is to protect civilians all around Zemuria. Their members, the Bracers, are investigative and combat specialists who help people in numerous ways, be it finding lost items, escorting people or eliminating monsters.They often act as a neutral faction in conflicts around Zemuria, but are limited by the Bracer Code which prevents them to intervene in political affairs.
open/close all folders

The first, and for the longest time only, Bracer seen with the Guild's highest rank.* While there are more confirmed to have the rank, they have yet to be properly introduced As he rejoined the Liberl army at the end of FC, his entry will be listed here. 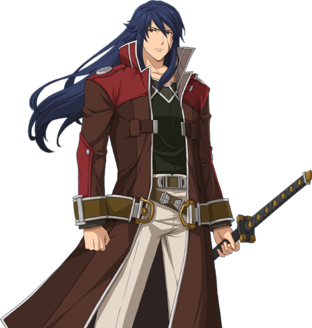 Arios as seen in Zero and Ao
Secretary of Defence Arios 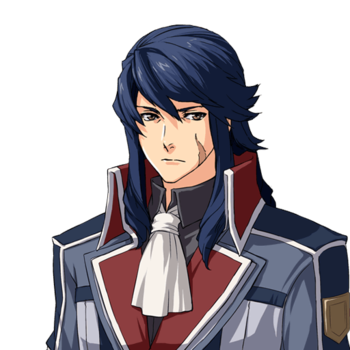 Arios as depicted in Hajimari 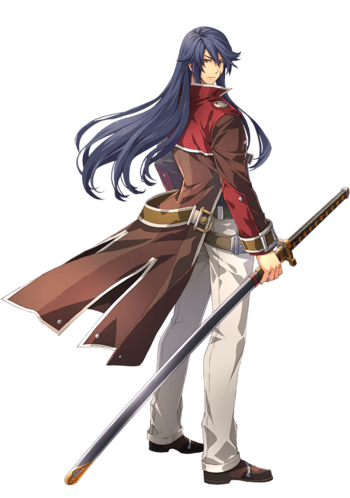 The top-ranked Bracer of the Crossbell Branch of the Guild, known by moniker "Divine Blade of Wind" and someone believed to be worthy of promotion to S-Rank. As the games begin, he is considered the hero of Crossbell, able to succeed wherever the ineffective police fail.

An experienced Bracer at Liberl's Rolent region and an older sister figure to Estelle and Joshua. See her entry in Trails Series Estelle's Party

A grumpy Bracer from Liberl's Bose region with a very big sword. See his entry in Trails Series Estelle's Party

A calm and reliable Bracer from the Republic of Calvard. An expert in martial arts. See his entry in Trails Series Estelle's Party 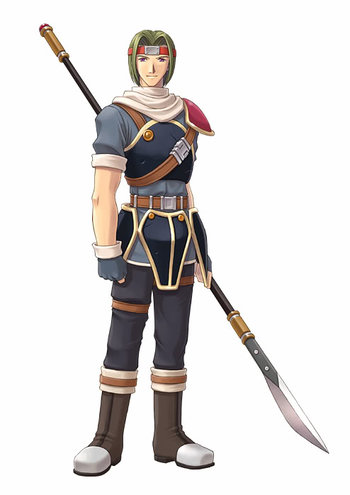 He's one of only twenty or so A-Rank Bracers and the only one permanently stationed in Liberl. 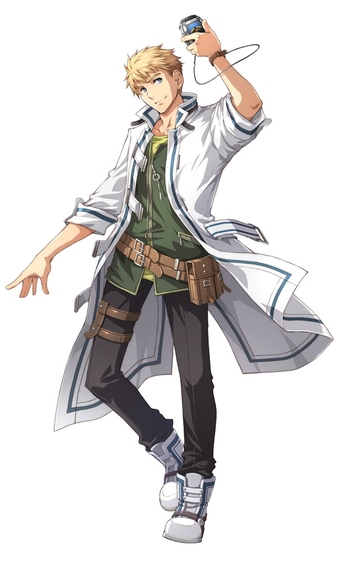 A member of the Erebonian Branch of the Bracer Guild, recruited by Olivert to be a part of the Crimson Wings. Formerly a co-worker of Sara's from her Bracer days, he looks out for Class VII whenever he can at her request. In Cold Steel II, he accompanies Rean in his search for his classmates. It's also revealed that the book series, Carnelia, is based on the life of Toval himself.

See her entry in Class VII. 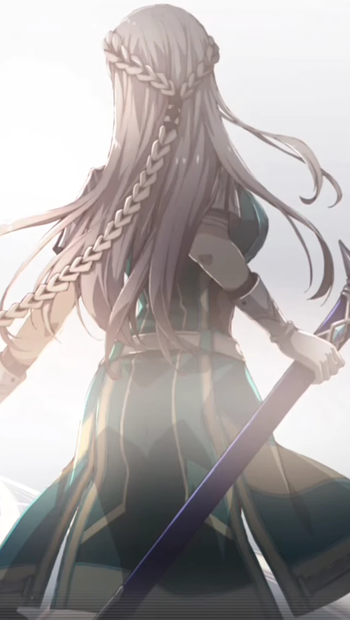 Elaine, depicted from behind in her short story from Hajimari

A rising star of the Calvardian Branch of the Bracer Guild who managed to break Sara Valestein's record of being the youngest A-Rank Bracer in S.1207.

The cheerful protagonist of Trails in the Sky: First Chapter and Second Chapter. See her entry in Trails Series Estelle's Party 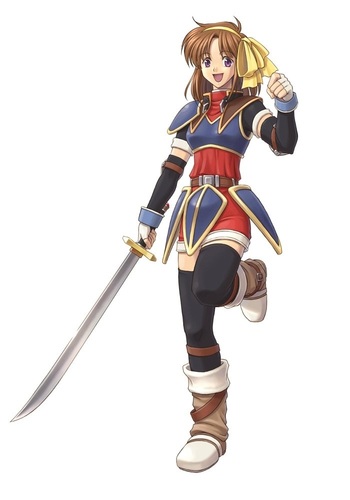 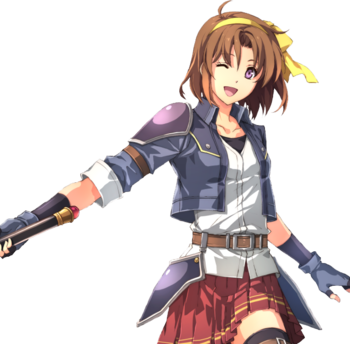 A rookie bracer in the Bose region and lover of all things cute. Her grandfather is the legendary swordsman Yun Ka-fai, who has an entry here. 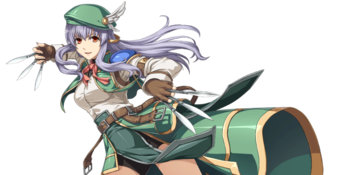 Aeolia as depicted in Trails of Dawn

A Bracer originally from Remiferia, she's primarily stationed in Crossbell. 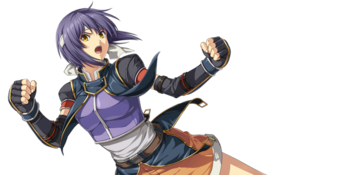 Lynn as depicted in Trails of Dawn

A Bracer originally from Calvard and a Taito practitioner, she's primarily stationed in Crossbell.

See her entry in Class VII.

A Senior Bracer from the Bose branch.

A Senior Bracer from the Ruan branch and a friend of Scherazard. 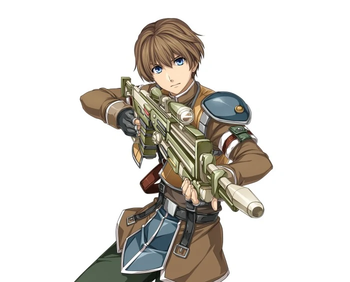 Scott as depicted in Trails of Dawn

A Senior Bracer primarily stationed in Crossbell. He uses a rifle. 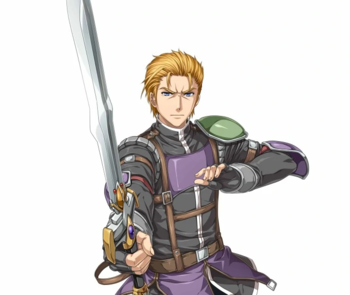 Wenzel as depicted in Trails of Dawn

A Bracer originally from Erebonia, he's primarily stationed in Crossbell.

Receptionist at the Rolent Bracer Guild.

Receptionist at the Bose Bracer Guild.

The receptionist at Ruan Bracer Guild.

The former receptionist of the Zeiss Bracer Guild, she left for Calvard at some point after SC. For more information about her, see Calvard Intelligence Division.

The receptionist at the Grancel Bracer Guild.

The receptionist at the Crossbell Branch of the Bracer Guild.

Alternative Title(s): The Legend Of Heroes Trails In The Sky Bracer Guild