A list of the characters found in Seven Kingdoms: The Princess Problem. Beware of spoilers.

The young people chosen to represent their countries in the Seven Kingdoms Summit
Main Character
The Featureless Protagonist of variable background, appearance, and abilities, whose only static trait is being one of the female delegates at the Summit.
Advertisement:
Crown Prince Lisle 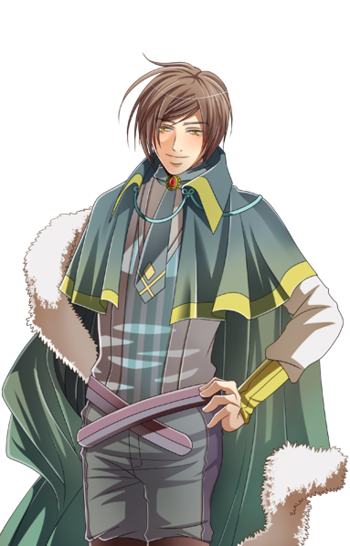 The Perfect Prince
“ Lovely indeed. But not as lovely as the people gracing its halls.”
Age: 23

The perfect prince of Wellin, who has it all: looks, talent, respect, and most of all, a very bright future. Still, no one really knows what's going on inside his head, since he is a very private, serious sort of person. 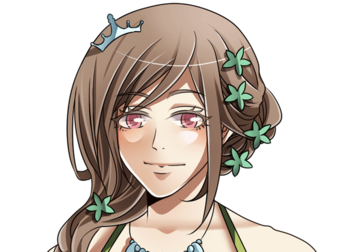 The Sweet Princess
“I’m so glad to have made a friend here. I hope we get the chance to talk again soon.”
Age: 20

Prince Lisle's handsome younger sister is famed for being sweet and good-natured. She (along with Duke Lyon) is, perhaps, the person most unsuited to be at the Summit. 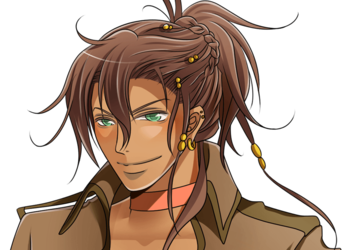 The Pirate 'Prince'
“There’s nothing worse than being on your best behavior.”
Age: 24

The roguish Captain of the ship Blackwater is the son of Hise's current leader. Although there is no direct inheritance in Hise, by all accounts he is already on the path to surpass his father. He is impulsive, adventurous and irreverent, and most importantly, an excellent captain and leader. 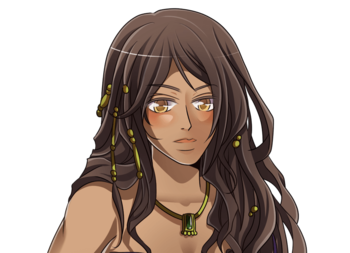 The pretty Princess of Hise and cousin to Hamin, who doesn't match the rest of her Hise relatives. She is proper, prim, and elegant. It seems obvious she has come to the Summit in search of a better life. 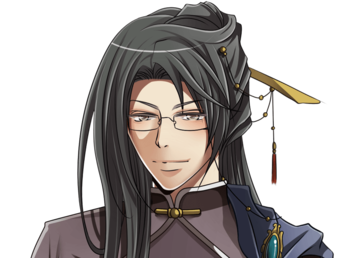 The Antisocial Genius
“I don’t do well at parties. Perhaps its for the best if you find someone else to talk to.”
Age: 26

The tall, handsome Duke is famous for being brilliant, and completely socially indifferent. He took the top score on the test for Jiyel Delegates, but he seems entirely displeased about actually being at the Summit. 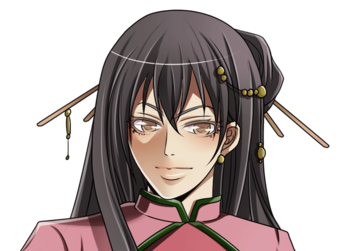 The Clever Beauty
“Why, there are so many people here, I wasn’t sure that anyone would notice me.”
Age: 21

Lady Avalie is devastatingly beautiful, extremely intelligent, and has more going on underneath the surface than what she chooses to reveal. 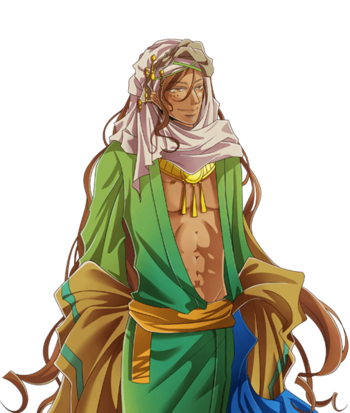 The Shameless Flirt
“I do my very best not to waste the time with lovely ladies that could be spent in much more interesting ways.”
Age: 23

The handsome third prince of Corval is an irredeemable flirt with a reputation as caring for nothing more than fine jewels, pretty girls, and aimless pleasures. 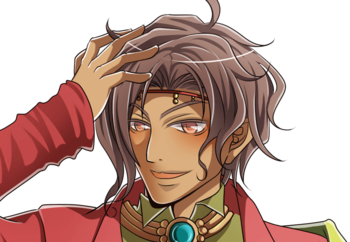 The bitter young lord of Corval is both possessive and tactless. 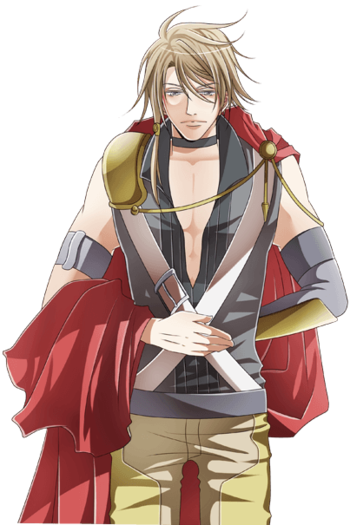 The Dangerous Bad Boy
“No one tells me what I can and cannot do. Not even you.”
Age: 19

Intense and handsome, Prince Jarrod is the heir to the throne of Revaire. Still, the rumors that surround both him and his family are dark, especially in the wake of the blood coup that put his family in power twenty years ago. 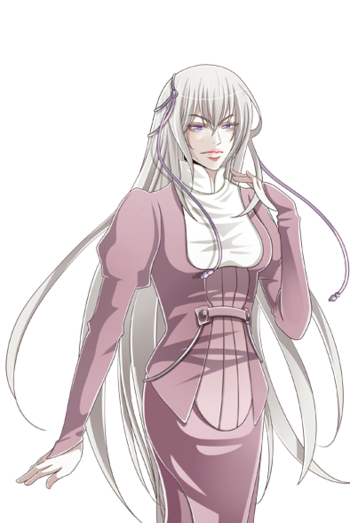 The Ice Princess
“I’m sure you are perfectly lovely, but surely you must agree our time is best spent elsewhere.”
Age: 22

The princess of Revaire. She has all the beauty of a masterwork sculpture and all the warmth of the same. It would be foolish to underestimate her simply because of her ethereal looks. 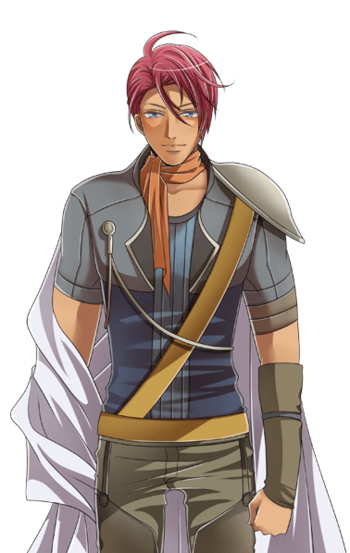 The Idealistic Gentleman
“I declare myself all admiration and a happy man indeed to have met you.”
Age: 24

The handsome young lord seems different than the rest of his Revaire counterparts. Charming and considerate, occasionally he seems to hidden bite. Still, he must have some favor with the current court, or he wouldn't be at the Summit. 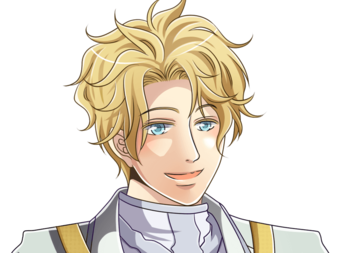 The Good Natured Earl
“You must promise to tell me right away if you have any problems.”
Age: 19

The young earl of Arland spent most of his youth traveling and being fostered around different kingdoms. Following the recent death of his father, he has returned to Arland (and is attending the Summit) to finally take up his duties. He seems a friendly, good sport, with no particular ambitions. 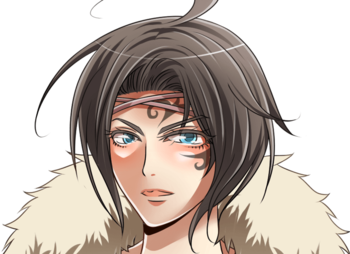 The Warrior Princess
“I’m so happy that bzzz bzzz in our ears is gone. Now let’s talk of more interesting things. Do you know how to fight?”
Age: 19

The second daughter of the Queen of Skalt. A famed warrior, seen by many as her mother's most likely heir. She is blunt and open, making her perhaps unsuited to such events as the Summit. Prefers to be called "Ana" by the main character, with whom she falls hopelessly in Love at First Sight.

Four older representatives from across the Seven Kingdoms who don't participate in the Summit directly, but instead look after all the young people running around.
Grand Duke Woodly 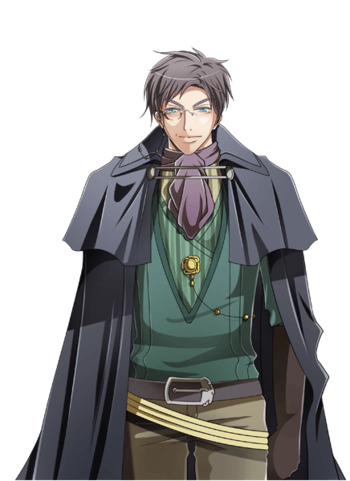 “Surely your time would be better spent talking to your fellow young people, and not a boring, married old coot like myself?”
Age: 37
Homeland: Wellin

The striking and imposing Grand Duke of Wellin and a master schemer. 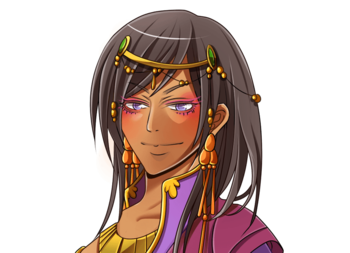 An age-defying beauty from Corval who seems more interested in gossip and fashion than diplomacy. 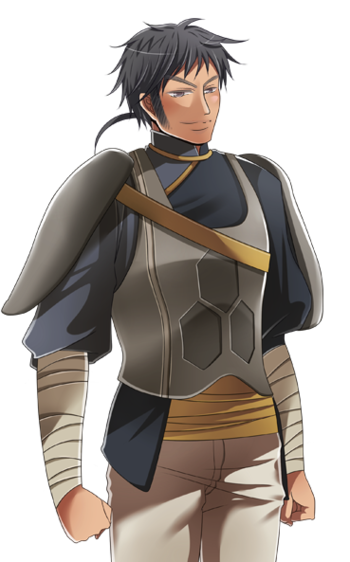 The uncompromising general of Jiyel who is scarily good at keeping order. 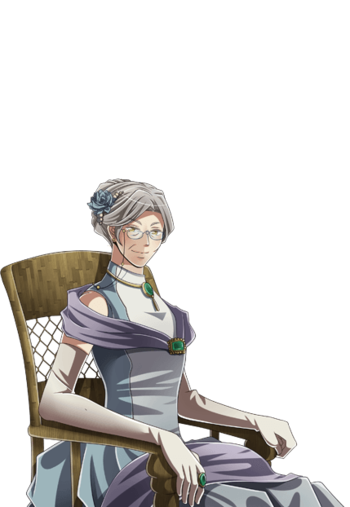 The elderly and infirm Dowager Countess of Arland is intelligent and capable, despite her frail appearances. 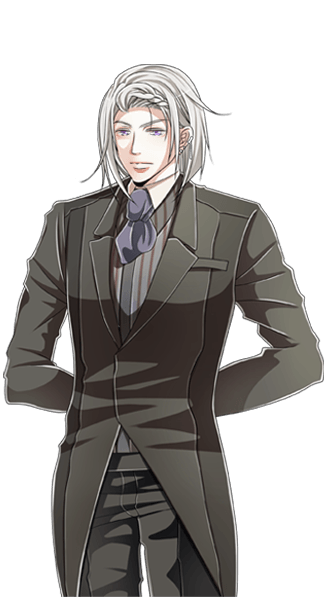 A butler
“Ah, you are here at last, my lady. My name is Jasper and I've been assigned as your personal butler during your stay here at Vail Isle.”
Age: ???

An intense and handsome island native assigned as the main character's personal butler during her stay on the Isle. 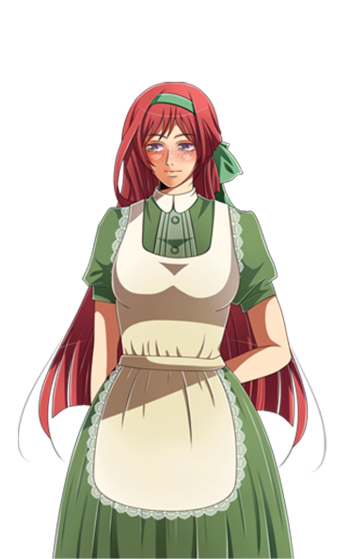 Cheerful Maid
“I’m afraid I’m not very interesting, my lady. Not like you.”
Age: 18

One of the main character's two maids, Ria is a cheerful and friendly red-head. 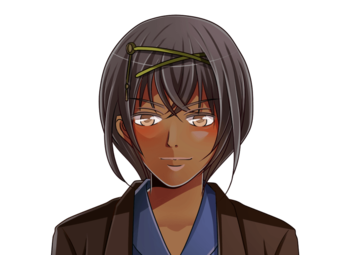 One of the main character's two maids, Sayra is of the intelligent and taciturn sort. 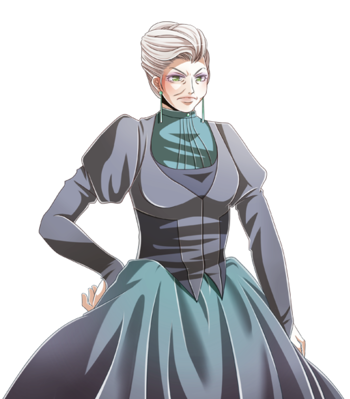 Lady Matchmaker
“I wanted to root for you, truly I did. Jasper is a dear boy and I had hopes that his lady would be up to par, for his sake if nothing else. But I have to say, I find very little redeeming about you.”
Age: ??? (Suspected 100+)

A mysterious older woman infamous for making delegates cry, she lives on the Isle and assists in forming matches during the summit. 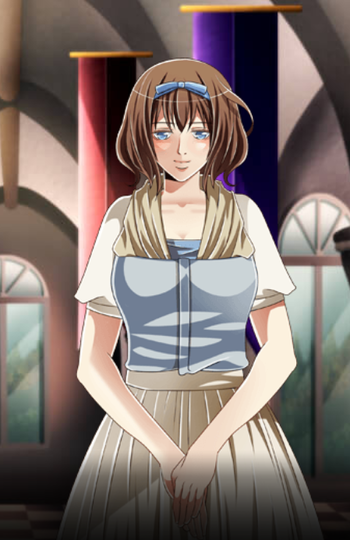 One of the Isle's maids, not assigned to a specific delegate. In week 4, she is accused of murdering one of the delegates and the main character is tasked with her defense. 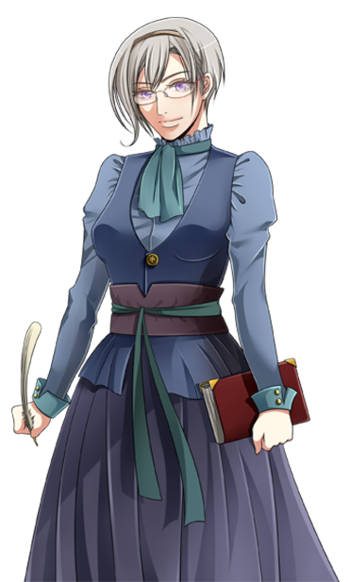 Matchmaker Apprentice
“When you look at me that way my heart rate accelerates. What a strange phenomenon. Further investigation may be required.”
Age: ???

An island native who was taken under the wing of the Matchmaker at a young age and has been training as her apprentice ever since. Her primary motive for the summit is to observe and study human behavior.

Jasper's Rival
“Oh, I forgot. Is this the place where I am supposed to bow and scrape and give in because you are the highborn lady?”
Age: ???

An island native and Jasper's rival. On the surface, Kade is a flippant dare-devil who just walks the line of acceptable behavior, but underneath there’s a lot more broiling. 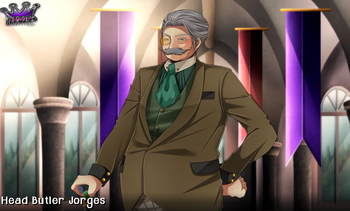 Head Butler
“If you wish to successfully complete your stay here at the Isle, I think we both agree such nonsense should stop.”
Age: 56

Head of Staff at Vail Isle. 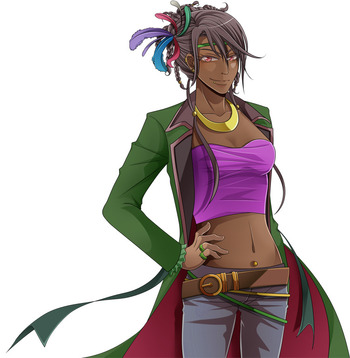 Second-in-Command
“You know I avoid the company of anyone over thirty. What if their responsibility and gravitas is catching and rubs off on me?”
Age: ?

Hamin's first mate and good friend. She seems to have snuck onto the isle to keep an eye on him.

Princess Constance
“I have come to learn the most painful lesson that no moment of duty is worth a lifetime of misery and unhappiness.”

Eldest child of the King of Arland, elder sister to the Arland Princess MC, she matched with Crown Prince Aamir at the last Summit. The Corval Court Lady threw her a party and taught her about the country, becoming one of her ladies.

Crown Prince Aamir
Crown prince of Corval, half-brother to Zarad and Sina, he matched with Princess Constance at the last Summit.
Princess Sina
The youngest child of the Emperor of Corval, presumably from his third wife.
Jiya
A lady from an at least moderately important family in Jiyel and cousin of the Jiyel Scholar MC; she scored well enough to attend the Summit, but her sudden marriage threw everything into chaos...
Captain Blackthorn
The mother of the Hise Pirate MC, who kidnapped a Wellish nobleman when she wanted to settle down, and disappeared several years before the Summit her daughter may attend.
Princess Katyia 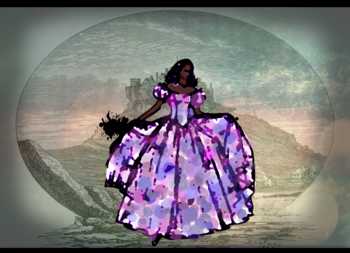 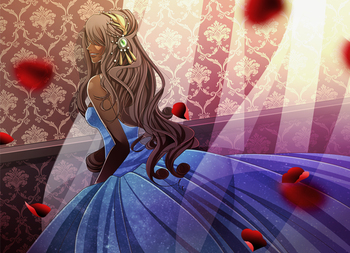 CG of Katyia from the extended demo

The legendary princess who organized the first Summit centuries ago and, armed with nothing but her willpower and charisma, single-handedly brought about the Great Peace.