The characters from Sharin no Kuni:

Kenichi, the protagonist, is a teen genius coming into the town for his final exam to become a Special High Class Individual. He tends to make a lot of jokes and troll his friends, but on the other hand appears to be covering up some self loathing and depression. 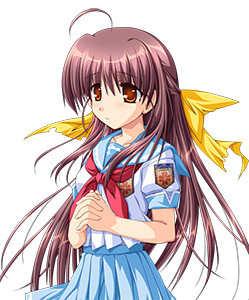 The first of Kenichi's childhood friends, she is shy and withdrawn and extremely bad at dealing with her classmates, especially men. She has the obligation of prohibition from falling in love, meaning she may not come in contact with any men nor display any seductive behaviors in front of them. Strange that a girl who hates to deal with men would have an obligation reserved for those judged to be emotionally and sexually manipulative...

In the past, she appeared to have a crush on Kenichi, which unfortunately failed to go anywhere due to the town going under siege due to a rebellion. 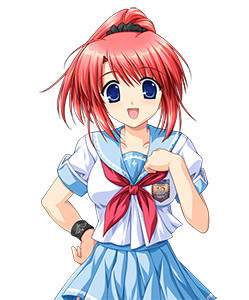 The second of Kenichi's childhood friends, she tends to be selfish, bossy and lazy. She's also highly energetic, extremely intelligent and a talented painter. She has the obligation of reduction of free time, an obligation reserved for those who made poor use of their time. It was saddled on her when she acquired a great deal of gambling debt and has grown more and more harsh with time. She started at twenty two hours a day, declining due to her stubbornness until in the present she is down to a mere twelve hours a day to sleep, go to school and take care of herself, never mind getting rid of her obligation by actually beginning to work. 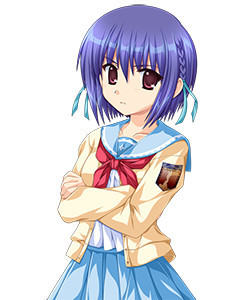 The third and final girl whose obligation Kenichi is tasked with clearing, Touka is a pretty blatant tsundere, for which she takes a great deal of teasing. She is not particularly intelligent and has no obvious talents apart from cooking, something she has been forbidden from doing by her mother Kyouko after she was burned several years ago in the kitchen. Her obligation requires her to follow each and every order anyone recognized as her parent gives her and is occasionally referred to as the obligation to never grow up due to the lack of independence it tends to foster. 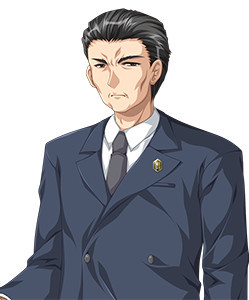 Kenichi's mentor, Houzuki is cold, manipulative and harsh. He is the proctor of the exam and does not tolerate failure. He is an extremely wealthy, talented and politically influential man. 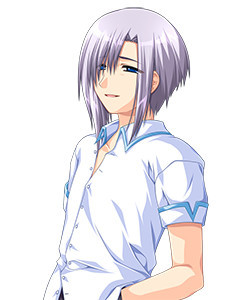 The third and final of Kenichi's childhood friends, Isono is the only male. His behavior is extremely nonsensical and hard to understand, which puts Kenichi on guard. He is occasionally rather hostile to Kenichi, but normally the two get along quite well.

Kenichi's non-blood-related older sister, Ririko is a rather bizarre individual who in the flashbacks was extremely keen on getting young Ken to shape up and be more manly. She bears the Maximum Penalty, the obligation of going unrecognized by society, meaning no one may acknowledge her existence in any way. 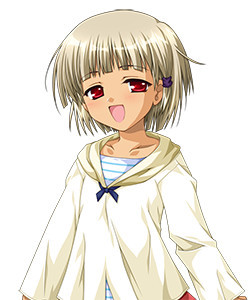 Mana is Sachi's adopted little sister and was taken in when Sachi was at a point of great frustration in her life. Before this, she was a homeless foreign girl. At approximately ten years old, she tends to do all of the housework in Sachi's home, works at the local supermarket and expresses a great desire to see Sachi paint. 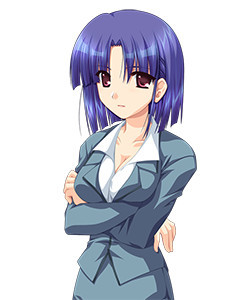 Touka's mother and the teacher of Kenichi's class, she is quite young and attractive. She has absolute authority over Touka's behavior.

A cadet who arrived several minutes late to the exam and was shot to death by Houzuki for it. Apparently proving quite popular for someone who only appeared for apart thirty seconds in the entire story, she possess a sidestory in the fandisc that shows the last two days of her life and why she was late for the exam.

Houzuki's chapter in the fandisc has a cast largely separate from the Sharin no Kuni normal cast and Houzuki himself is almost completely different. As such, they have a unique section. 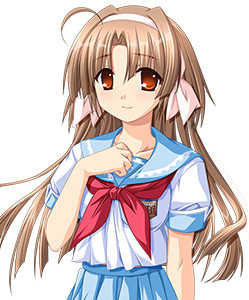 Masaomi's love interest, she has been served with the obligation to have no privacy. Born to a wealthy shinto family, her mildly rebellious attitude caused her to be saddled with a nasty obligation that Masaomi is charged with clearing.

The only other candidate to make it to the exam and not be shot down, Saburou is pretty much the polar opposite of Masaomi. He is outgoing, friendly and surprisingly calculating. He also has a knack for cleverly figuring out loopholes in the rules to give himself an advantage. 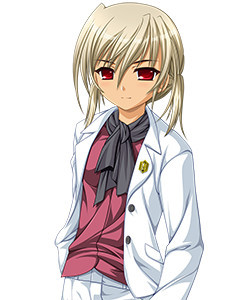 The proctor for the exam, Houzuki Ari shows us that in the main story, Houzuki Masaomi really was going easy on Kenichi. She is cruel, abuses her authority and is casually brutal.