The League of Shadows 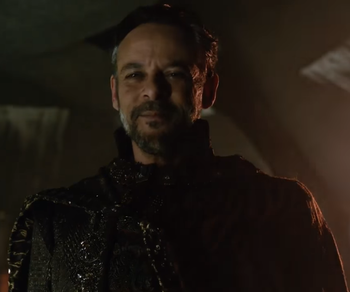 "Join me. Fulfill your destiny."
Played By: Alexander Siddig
"I have been alive for more years than you can imagine. I have seen and done things that would shake the very core of what you believe. I am thought to be a demon. A saint. A ghost. But for all my years, all my travels, there is one thing that I have never found: a true heir. But I need to know if you're ready."

The leader of the League of Shadows and the enigmatic person behind The Court of Owls.

See The Court of Owls 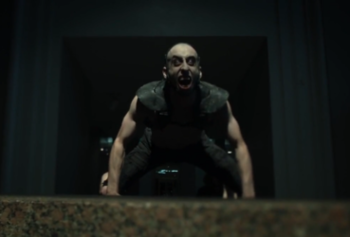 A feral beast of a man who acts as a tracking attack dog for the League of Shadows. 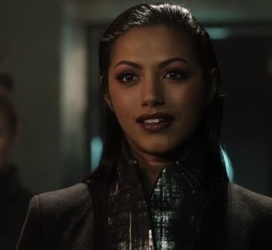 A high-ranking member of the League of Shadows, and the first to pledge loyalty to Barbara. 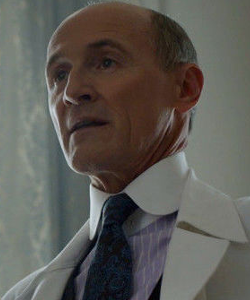 A mysterious figure involved in child trafficking that acts in Gotham through his lackeys Patti and Doug. Later appears as the head of the pirates that abduct Fish Mooney, revealing the full extent of his influence and plans. 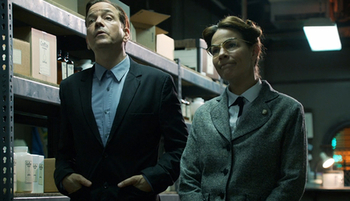 Two kidnappers and child traffickers working for the Dollmaker and preying on Gotham's homeless children under the guise of the Mayor's Homeless Outreach Program. 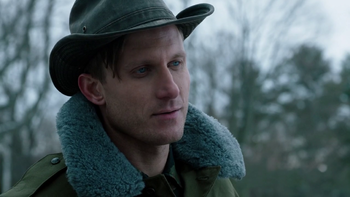 The leader of a group of mercenaries that guard Dulmacher's island. 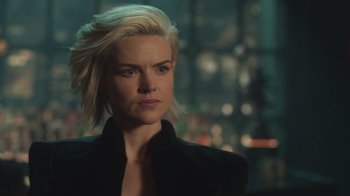 "I am the Demon's Head. So you sons of bitches better start bowing down right now, or it's gonna get real ugly up in here."
Played By: Erin Richards
"I am tired of sitting at the kids' table. If I'm right, we can have way more than vengeance. We can have it all. We don't need to go to war. All we need to do is start one."

The ex-fiancée of James Gordon. Throughout the first season, the stress of Gordon's cases gradually reveal her as a selfish hypocrite who is unable to take the strain and breaks up with him. The events of the last several episodes of Season 1 concerning The Ogre finally break her emotionally and mentally, turning her into a murderous psychopath who seeks to kill Leslie and take back Gordon for herself. She eventually becomes a major figure in Gotham's underworld and head of the Sirens, seeking to claw her way to the top of Gotham's mob.

Riddler: Barbara, do you even remember how amazing you used to be?
Barbara: Honey, I'm still amazing. I just made a choice.
Tabitha Galavan 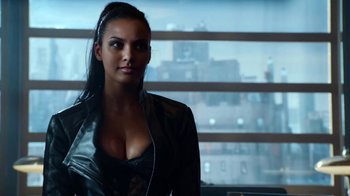 Theo Galavan's sister and lead enforcer. After his death, she begins to carve out her own niche in Gotham's criminal underworld, eventually taking Selina Kyle under her wing.

The Lady
Played By: Michelle Gomez 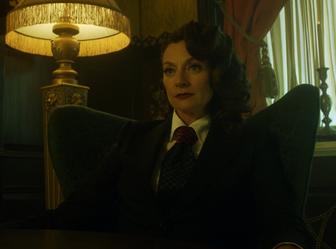 "I accept the job, the job gets done. Period. You see, I believe in the beauty of extreme measures."
A mysterious lady who runs an organization of assassins.
The Wayne Killer/Matches Malone 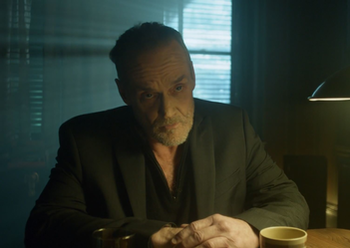 Unknown masked man who shot and killed Thomas and Martha Wayne in front of their son Bruce, as they were walking through Crime Alley. In Gotham, he is not the same person as "Joe Chill" from the comics. 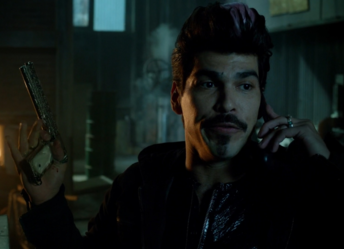 An assassin with a taste for human flesh. Is the Gothamverse's version of obscure DC villain the Flamingo. 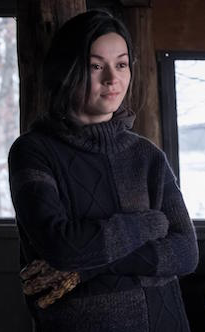 A product of the original Indian Hill project, she was freed by Thomas Wayne and hidden away.
Marv
Played By: Victor Pagan 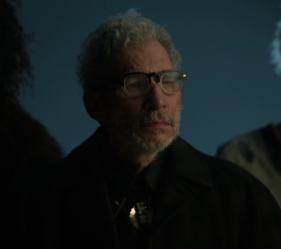 A member of Fish's gang capable of accelerating aging through touch. 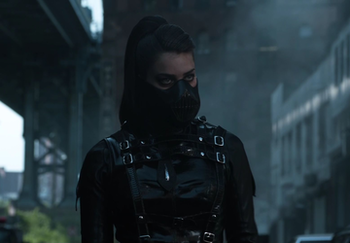 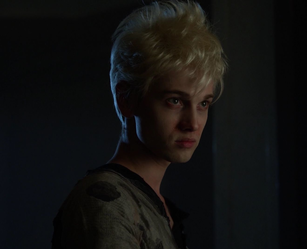 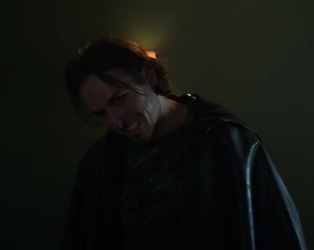 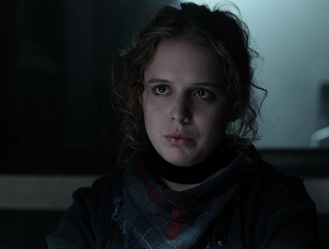 Played By: Naian Gonzalez Norvind
An Indian Hill patient who had her powers before experimentation. The sister of Jervis Tetch.
Jane Cartwright 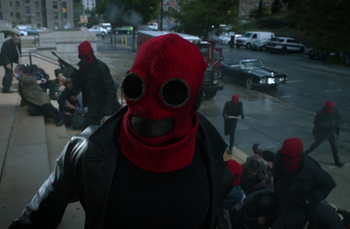 A gang of small-time robbers who hit banks, but only steal from the registers instead of the vault so they can get out in time before the cops arrive. A Red Hood, which ends up becoming the symbol of the gang, is passed among them.
The Merton Gang
Played By: Michael Buscemi (Merton), Michael Maize (Grady Harris) 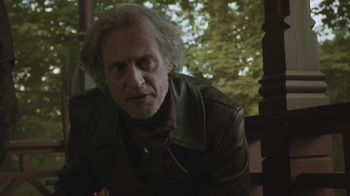 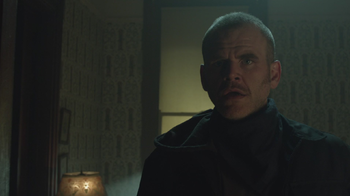 Merton's Cousin Grady Harris
Bank robbers from "the sticks" who appear in Season 4, intending to operate in Gotham without one of Penguin's licenses. They abscond with Jonathan Crane to force him to weaponize his father's fear serum, but their abuse of Crane and defiance of the Penguin come back to bite them hard.