Literature / The Heroic Legend of Arslan 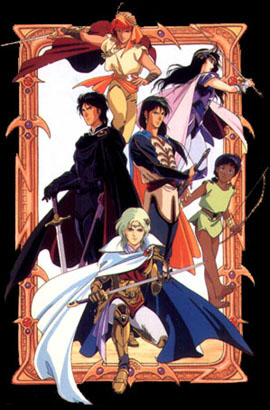 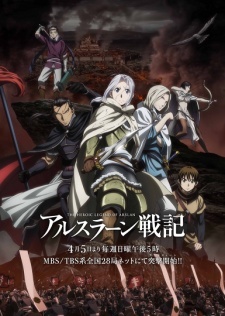 The 2015 adaptation by Hiromu Arakawa

The story of all incarnations is very loosely based on the Persian epic Amir Arsalan. It takes place in a fantasy setting reminiscent of the ancient Middle East and feature the warring states of Pars and Lusitania (Pars is roughly the same as Persia/modern Iran). The king of Pars—Andragoras—demotes one of his most loyal generals—Daryun—on the word of a man who proves to be a traitor. During a battle between the Lusitanians and Parsians the Lusitanians achieve victory and Daryun escapes with the crown prince of Pars—Arslan. The story details the ventures of Daryun and Arslan as they attempt to reclaim Pars and gain revenge against the Lusitanians while facing innumerable obstacles between them and their goals.

The series was on hiatus at 13 volumes but three more volumes were published, with the 16th concluding the story; the first having been published in 1986 and the last in 2017.

A Manga adaptation of the novels was crafted by Chisato Nakamura and published by Kadokawa Shoten in the magazine Asuka Fantasy DX. Originally running between November 1991 and September 1996 the Manga also stands at 13 volumes.

An Anime OVA adaptation was also created, animated by studios Movic and JC Staffnote With cooperation from Production I.G, Madhouse, Studio Takuranke and Studio Mark under the direction of Mamoru Hamatsu (episodes: I & II and V & VI) Tetsurō Amino (episodes: III & IV). Released August 17th 1991 to 1996 the Anime OVA consists of six episodes and is notable for its beautiful animation for its age (at least the in first two episodes), its music, its voice acting talent, and for being unfinished due to funding issues.

There's also an Audio Adaptation series (10 volumes plus a special one) that roughly covers the first 10 volumes of the novel and shares the anime voice cast (mostly), and a Strategy RPG for the Sega CD produced by Sega at the same time as the anime.

A new Manga adaptation of the novels was created by Hiromu Arakawa of Fullmetal Alchemist and Silver Spoon fame in 2013. Said adaptation has received a TV anime, airing in Spring 2015, and a video game adaptation, Koei Tecmo Games' Arslan: The Warriors of Legend, which uses their signature Dynasty Warriors play style.