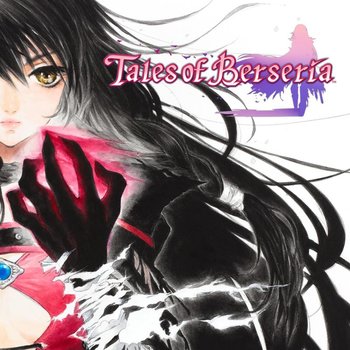 In my heart is a flame I could not extinguish even if I wanted to.
To live as you are, and to be true to yourself.
Advertisement:

Tales of Berseria is the sixteenth mainline entry in the Tales Series, and a Distant Prequel to Tales of Zestiria. The game was released on August 18th, 2016 in Japan. It received an international release on January 24th, 2017 in North America and January 27th, 2017 in Europe. It is available on PS3note Japan-only, due to the waning popularity of the format outside of the Japanese market, PS4, and PC. It is the first Mothership Tales title to have a female protagonist (who is not sharing the position with a male protagonist).

Many hundreds of years before the events of Zestiria, the continent of Midgand suffered under a terrible curse called "Daemonblight". Ordinary humans and animals became possessed by evil spirits and were transformed into bloodthirsty monsters that preyed upon the living. That was until the day a saviour named Artorius Collbrande appeared and united the world against the bestial hordes that threatened to destroy it. Wielding a holy sword and a philosophy of "reason over emotion", Artorius causes the Advent of angelic malakhim into the world, and leads the Exorcists of "The Abbey" in a crusade to eradicate Daemonblight once and for all.

Yet in a dark prison cell far from human contact lies a woman named Velvet Crowe, whose peaceful life was shattered three years ago in one of the "Scarlet Nights" that used to inspire terror the world over - the same night the rest of the world knows as the Advent. Velvet knows the terrible truth of how Artorius gained his divine strength during that Scarlet Night, an incident that twisted her left arm with daemonic power, left dark scars upon her former kindness... and left her bereaved of her little brother. One night, a mysterious woman, who Velvet suspects she knows, visits her cell. The woman has a proposal: if Velvet can escape from the prison, the woman will help her take revenge upon Artorius. With burning hatred in her heart, Velvet embarks on a Roaring Rampage of Revenge that threatens to uproot and revolutionize the world order.

Gameplay contains most Tales staples like cooking, percentage-based healing items, skits and a real-time combat system with shades of Stylish Action mechanics. However, several variations have been introduced, particularly in combat. While most former Tales games had one button for physical attacks and another for "Artes," Berseria borrows from the Tales of Graces and Tales of Zestiria combat system, where all attacks are technically Artes, divided between "Martial" Artes (the replacement for physical attacks) and Arcane Artes (magic). There are some changes from the previous games' system, however; players may bring sixteen of these attacks into battle, assigning them to a grid which deploys a different skill depending on which button you press, which can be chained for up to four inputs. Combos are limited by the "Soul Gauge," which by default has three souls in it. Souls are temporarily consumed when attacking, but regenerate quickly. The three-Soul Cap can be raised by stunning or slaying foes, to a maximum of five — but note that enemies can do this to you as well, potentially leaving you Cherry Tapping away with only one Soul's worth of Artes to use. Finally, the cap can be lowered by one to use a Limit Break called a "Break Soul," which are special attacks and abilities unique to each party member. For example, Velvet's Break Soul grants her a Super Mode which increases her damage output, allows her to perform combo finishers called Break Artes, and makes her immune to staggering, but causes her HP to gradually drop overtime through continued use. Break Souls cannot be used if the character has less than 3 Souls, but can help increase the length of combos. The game brings back the Blast Gauge mechanic from Zestiria, but adds a second element called a "Switch Blast," a Switch-Out Move that consumes one Soul but can also be used to continue combos.

In "Tales of Berseria," the scenes that take place inside Velvet Crowe's mind (or perhaps her soul?) are set within a featureless white room, the only furniture being a table and chairs that she and whoever she's speaking with sits at, and windows that don't show the outside.

In "Tales of Berseria," the scenes that take place inside Velvet Crowe's mind (or perhaps her soul?) are set within a featureless white room, the only furniture being a table and chairs that she and whoever she's speaking with sits at, and windows that don't show the outside.