Characters / Your Lie in April

Characters of Your Lie in April. 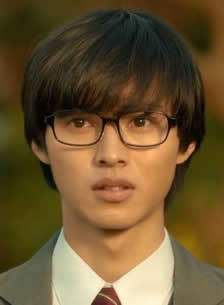 A former child prodigy in playing piano. He lost the ability to play the piano after his mother died of illness when he was 11, leaving him with a trauma that prevents him from hearing the sound of his own playing. He lives in a "colorless world" until Kaori shows up and makes him play the piano again. 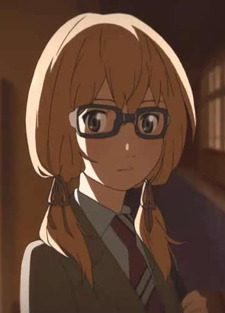 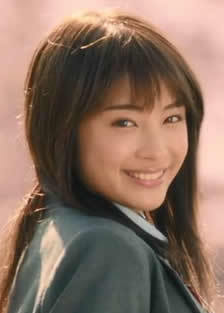 "We're all afraid, you know...to get up on stage. Maybe you'll mess up. Maybe they'll totally reject you. Even so, you grit your teeth and get up on stage anyway. Something compels us...moves us to play music."

A free-spirited violinist who had drawn many criticisms from the judge panel due to her unwillingness to follow the score, but is highly favored by her audience. Kaori meets Kousei when she requests Tsubaki to set her up with Watari. Kaori is the one who "brings color back into Kousei's life", eventually convincing him to play the piano again. 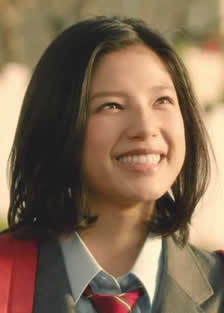 "The scent of the music room in his hair. I can hear his slightly ragged breathing. His shoulder, wet with tears, is so warm. I am by his side. I wish time would just stand still."

Kousei's childhood friend and next-door neighbor. She is athletic and part of the baseball club in school. At first, she thinks of Kousei as a brother, but that changes once Kaori enters the picture. 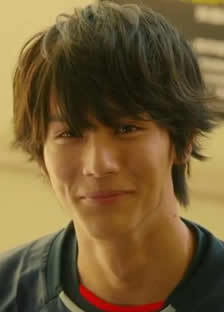 "It's only natural for the girl you're crushing on to be in love with someone else. Since you're in love with her, she sparkles in your eyes. That's why people fall so irrationally in love."

Kousei and Tsubaki's childhood friend who is also the captain of the school's soccer team. He is extremely popular with girls, often adopting a frivolous attitude.

"The scenery that I'm looking for, and the sights that you wanted to see... they're different, huh?"

A pianist of the same year as Kousei, who has aimed to surpass him since watching him play at a young age.

"I want to play the piano like that boy, I want to stand on the same stage as him. That way, I just know... that I'll be able to see what he sees."

A pianist, who just like Takeshi started playing in order to surpass Kousei ever since watching him play at a young age. 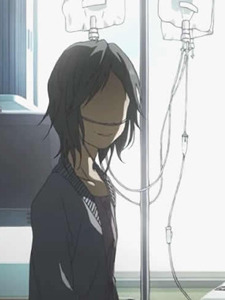 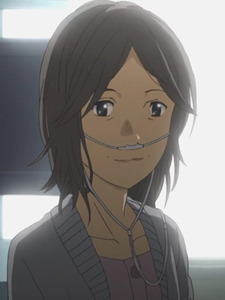 "I wish I could've stayed with him longer... will my treasure... ever find happiness?"

Kousei's deceased mother and the one who taught him how to play the piano. She was very strict, demanding Kousei to play the piano to perfection. Her abuse and her death left Kousei with deep emotional scars that prevent him from playing the piano. 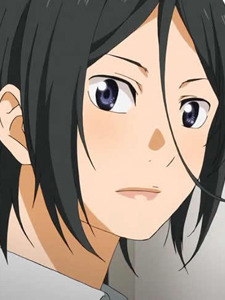 A nationally famous pianist and Saki's friend during college days. She starts to tutor Kōsei in his return to the piano after she reunites with him. 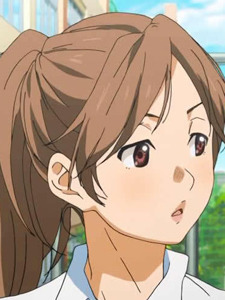 A friend of Tsubaki's. She believes Tsubaki should be more honest with her feelings for Kousei, and frequently gives her advice towards this end.

Takeshi's little sister who pretends to ask for tuition from Hiroko in order to scout his brother's rival, Kousei. She ends up being Kousei's student. 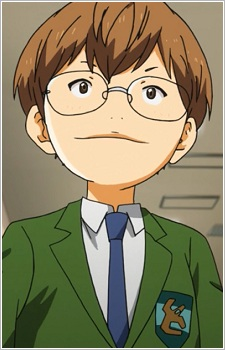 "Oh, amateurs! The greatest pianist of all has yet to play, you know."

A classmate of Nagi's, Miike actually placed first in the Violin Competition that Kaori participated in and requested Kousei to be her accompanist. Another child prodigy, Miike is a methodical violinist who initially believes in sticking strictly to the composition sheet, until he listens to Kousei playing off the cuff. 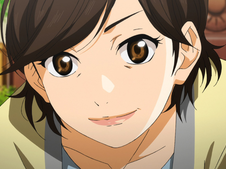 Ms. Ochiai is Emi's piano instructor. A doting, nurturing teacher, she is noted to have a rivalry with Mr. Takaniyagi, Takeshi's instructor. 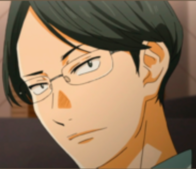 Mr. Takaniyagi is Takeshi's piano instructor. He is noted for being shallow, petty and ambitious. 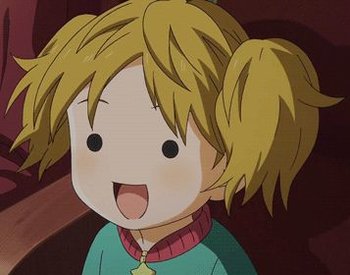 Koharu is the daughter of Hiroko Seto. She is around 5 years old when she's first introduced. 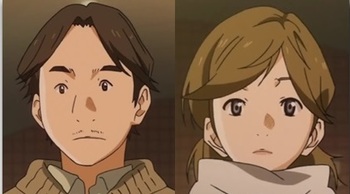 Kaori's parents, who are the owners and runners of a bakery. They are friends of Kousei through Kaori, and also because he's a regular customer

Saitou is an upperclassman of Tsubaki, Kousei and Kaori, who is now attending high school. He is Tsubaki's object of affection (initially).

Satsuki and Komugi are Nagi's classmates and best friends. At school, Komugi plays the xylophone, while Satsuki's instrument of choice is not revealed.