Funny / Your Lie in April 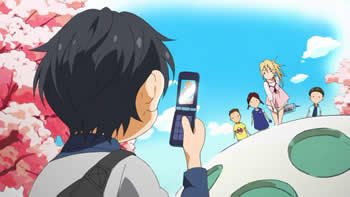 Because this series is full of Mood Whiplash moments, some of these example may contain spoilers, so please read at your own risk.