Our main character who specializes in climbing. Onoda's claim to fame is his high cadence climb, honed by his years of riding his low-gear mommy bike.

A first-year and experienced cyclist who first notices Onoda's talent for climbing. He's an all-round cyclist whose main motivation is to defeat Midousuji in a race. 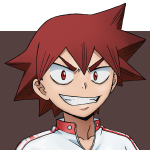 A first-year sprinter who transfers to Sohoku from Osaka.

A senior all-rounder for the team. He's the captain for Sohoku. 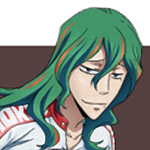 Another first-year who joined the bicycle club with Onoda and co.

A second-year bicycle club member at Sohoku, who eventually becomes the captain of the team in his third-year.

A second-year bicycle club member at Sohoku. He doesn't talk much. Eventually becomes the vice-captain of the team in his third-year.

The club manager of Sohoku's bicycle club. She also works part-time in her family's cycling store (the same store that sponsors Sohoku's team). Childhood friend of Imaizumi and younger sister of Tooji.

Miki's elder brother, who used to be the captain of the club. Now runs the local bike shop and helps out the team on the side (usually by driving everyone around in the shop's van).

The coach for the Sohoku bicycle team and an English teacher at Sohoku High.

A first year that joins the team after Interhigh in the following school year.

Another first year that joins the team following Interhigh.

Another first year who joins the team following Interhigh and is Sugimoto's younger brother.

A club member from Teshima and Aoyagi's year. Acts as a mechanic for the team.

Miki's friend and a member of Sohoku's tennis club. Tags along and helps the support team during Onoda's second Interhigh.

A former teammate of Teshima's from middle school, now is a member of Sohoku's volleyball team.

The captain of Hakone's bike club.

A third-year sprinter for Hakogaku.

A second-year sprinter for Hakogaku.

First-year member of Hakone's bike club and a friendly rival to Onoda.

Hakone's extremely tall and awkward climber and The Ace for the second Inter-High.

A first year and ace of Kyoto Fushimi's bike club. He is also Imaizumi's rival.

The previous ace for Kyoto Fushimi before Midousuji entered the club.

A third-year sprinter for Kyoto Fushimi.

A second-year at Kyoto Fushimi. 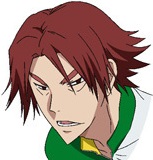