Heartwarming / Your Lie in April 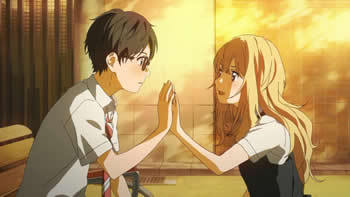 "When you're depressed, it always helps to lean your head on your arms. Arms like to feel useful." -Charlie Brown