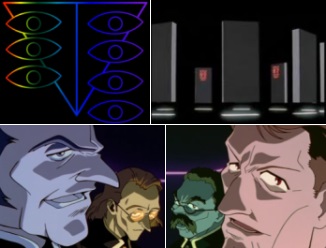 A mysterious, shadowy global power cabal with latent control over every government in the world, and NERV's benefactors.

"The beginning and the end are one and the same. Yes... all is right with the world."

As the chairman of SEELE, Keel Lorenz is NERV's superior and commissioner of the Eva project. He possesses secret Dead Sea Scrolls that tell of a way to evolve all life into a perfect being with no cares, that lives in eternal bliss inside this being's mind. Despite his "honorable" intentions, he is perfectly willing to force the issue when things don't go his way, up to and including causing NERV's extermination. 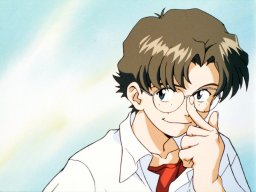 Kensuke is, at the start of the series, Toji's best friend. He reveals to the class that Shinji is a pilot, and later bonds with Shinji after he runs away the first time. He is very computer savvy and a die-hard military otaku, constantly badgering Shinji to get him pilot clearance and practically salivating over the trip to the Over The Rainbow in episode 8. Also one of the only characters in the series who does not show any sign of serious psychological damage. 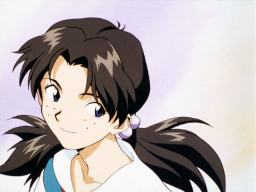 Hikari is the no-nonsense Class Representative of Shinji's class, and the second-born of three sisters. She later becomes Asuka's best friend, and tries to give her emotional support in the later episodes as Asuka becomes more and more distraught. She nurses a crush on Toji as well.

Her role in the manga is unchanged, but she gets more scenes with Shinji. However, near the end she has essentially shunned Shinji, feeling that having him around is a too-painful reminder of Toji's death. 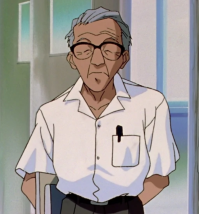 The only seen teacher from the Children's class, though it is never really disclosed what exactly he is a teacher of. Pretty much all his screen-time consists of him boring the students of 2-A with the official Second Impact cover-up propaganda.

The Angels / Seeds of Life 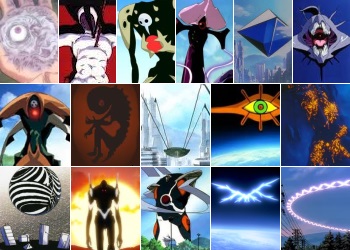 First rownote Adam (1st) inside Gendo's hand, Lilith (2nd), Sachiel (3rd), Shamshel (4th), Ramiel (5th) & Gaghiel (6th); second rownote Israfel (7th), Sandalphon (8th), Matarael (9th), Sahaquiel (10th) & Ireul (11th) infecting the MAGI system; third rownote Leliel (12th), Bardiel (13th) infecting Unit-03, Zeruel (14th), Arael (15th) & Armisael (16th). For Tabris (17th), see Kaworu Nagisa's entry on the Children.
The Angels are the monstrous adversaries that NERV is committed to battling. Little is revealed about them, except that the "molecular structure" of their DNA is very analogous to that of human DNA, their presence was predicted by the secret Dead Sea Scrolls in SEELE's possession, and that should an Angel make contact with Adam (one of the two Seeds of Life, the other being Lilith), it will cause a version of Third Impact that would annihilate humanity and leave the Angels (or just that particular Angel; it's unclear which) as the dominant life form on the planet.
The Evangelions 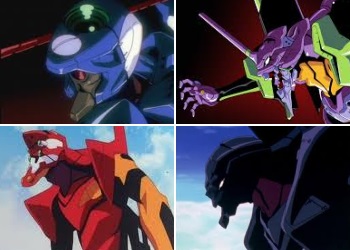 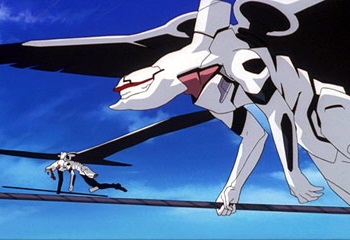 The Evangelions are biomechanical mecha designed by GEHIRN, and later by NERV, as a means of fighting the Angels. Their effectiveness against the Angels is based on their ability to generate an AT field, the same form of defense that the Angels use. It's eventually revealed that the Evas are actually cloned Angels, all based on Adam except for Unit 01, which was derived from Lilith. The Evas have human souls bonded to them, and are piloted by select 14-year-old teenagers who can synchronize with those souls; in the case of at least Units 01 and 02, those teens happen to be the children of the women who were bonded to those Evas.

Pen-Pen is Evangelion's main non-Butt-Monkey comic relief, and a mysterious character to boot. Gainax has never stated where he came from; all that is known is that he is Misato's pet penguin. He is also superintelligent (for a penguin), being able to read and watch television, and has claws that are used for grasping objects. What anyone would need a superintelligent penguin that can grasp objects and live in warm temperatures for is not known, but he's both cute and funny. He is also one of the few characters not to undergo an emotional breakdown at some point... as far as we know.

Given that penguins were native to Antarctica, which was destroyed by Second Impact, there may also be some hidden significance in Pen-Pen's presence in Misato's life. However, the manga claims he's a Fiordland Penguin, which would make him native to New Zealand.

When he leaves the story, you know that a change in tone is imminent.

In the manga, he is a result of genetic experimentation and was saved from being euthanized by Misato.