Take note: There are major spoilers that pertain to both this game and Path of Radiance. 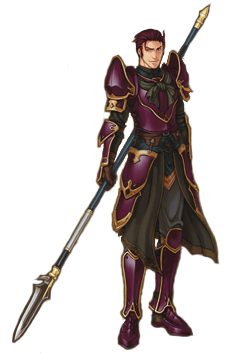 A Begnion Knight who abuses his power over the Daein Garrison, Jarod is tasked with hunting down the Dawn Brigade by his superiors. Arrogant, brutish, and unconcerned with civilian casualties, Jarod nevertheless cares about his men, and is fully aware of the kind of people he is working for. 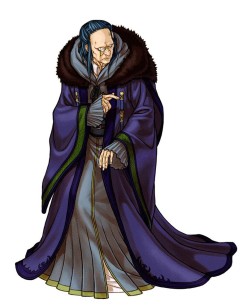 Pelleas' aide, a Mad Scientist (emphasis on mad) and so obviously evil it barely counts as a spoiler. 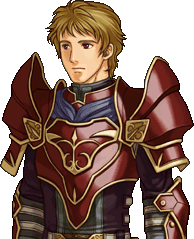 A young and idealistic general who used to lead Lekain's army, but chose to abandon him in favor of serving Zelgius. Fights the rest of the army while Ike is going one-on-one with Zelgius. 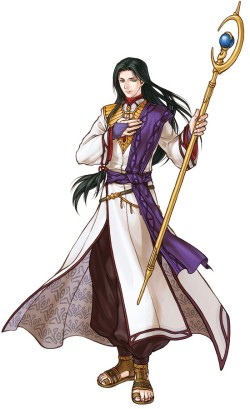 Sanaki's Prime Minister, and seemingly a gentle man who shares Sanaki's peaceful ambitions. However, upon further inspection, there seems to be more than meets the eye. He is actually the Man Behind the Man, who lost his faith in humanity after the horror of the Serenes Massacre. He orchestrates all the events of both games to deliberately wake the goddess, hoping to bring about the end of the world.

“We are the chosen ones! Our will is the will of the goddess! With us at its head, our army is invincible!” 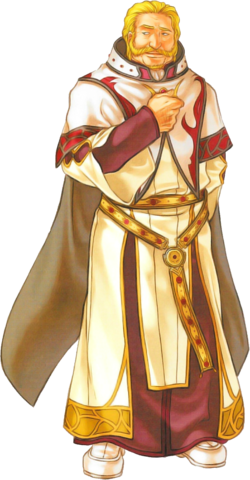 Leader of the Begnion Senate, Duke of Gaddos, and effectively the game's Big Bad. Or so he thinks. Still, you'll be hard pressed to find a single heinous act in the series that wasn't caused, approved of or performed by him. 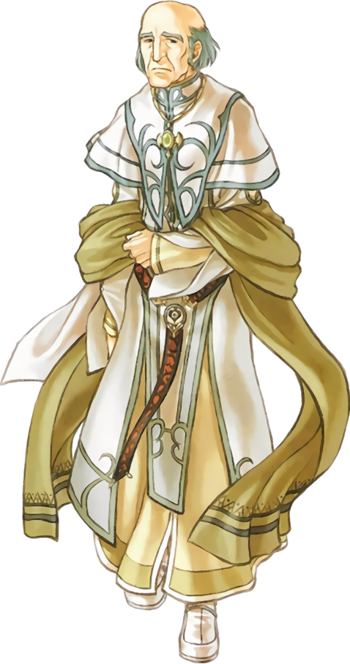 Yet another Begnion Senator, though this one actually isn't so bad. He took Rafiel in and nursed him back to health before the Serenes Massacre. 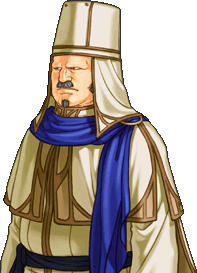 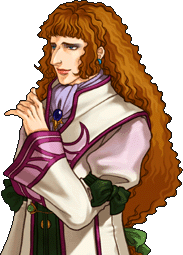 Uwee hee hee!
Another Begnion Senator and Zelgius' superior during the Laguz/Beorc War. Described by the game as "a terrible narcissist, and is arrogant beyond comprehension", which sums it up nicely.
Class: Bishop (Radiant Dawn) 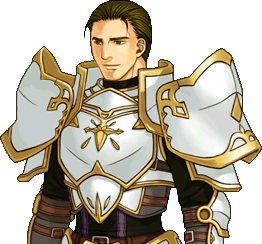 A Crimean Duke who attempts to usurp power from Queen Elincia while Bastian is in Daein.
Class: Axe General (Radiant Dawn)
Dheginsea 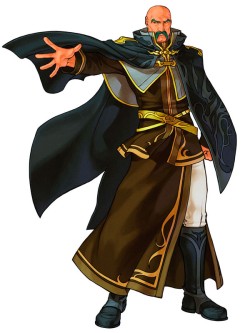 The Black Dragon King of Goldoa, and one of only two living survivors from the time of the Great Flood. An extreme isolationist, he won't involve himself or Goldoa in the affairs of any other country, except mostly to scold the Laguz nations on inciting wars, and forbids his people to leave the country without his explicit permission. His loyalty to the goddess is unshakeable, and so when he discovers that Ashera was awoken in Part 4, he doesn't take it well... 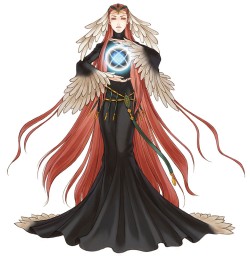 The Goddess of Order, Yune's other half, and the final boss. Turned most of the NPCs into stone upon waking up (that is, after Yune's awakening). She despises Yune, the Goddess of Chaos, with passion, and refuses to accept her as a part of herself- and wants to destroy her to make herself "perfect". She was born 800 years before the events of Radiant Dawn, when Ashunera split herself in two beings (under the advice of Lehran- her and Yune) after having caused the Great Flood trying to stop the war between the Beorc and the Laguz, which only left alive those that lived in the highest peaks of Tellius.As the flood was caused because Ashunera lost control of her emotions,she tried to wipe out Yune to get rid of her own chaos, but due to Lehran's advice, she simply sealed her away in the medallion. Despite Lehran's insistence to restore Ashunera, she instead arranged that she would enter a deep slumber, and if there was no fighting for 1000 years, Ashunera would be restored, if not, she would deliver her judgement. Unfortunately it didn't happen... Forcing Ike, Yune and company to stop her. She is finally slain by an Ike empowered with Yune's powers, allowing Ashunera to be finally restored.