This page is for tropes relating to the three main playable characters of Detroit: Become Human: Kara, Connor, and Markus. 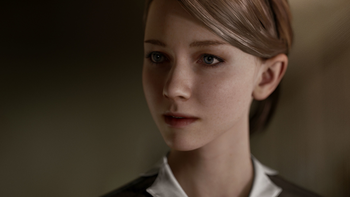 A newly-created android with artificial consciousness who discovers what it is to live among humans, and struggles to find her place in a world where androids are still not conscious and utilized as servants. 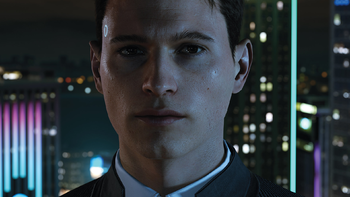 How far will I go to be loyal?
Model: RK800
"I'm whatever you want me to be, Lieutenant. Your partner, your buddy to drink with, or just a machine... designed to accomplish a task."

An advanced police model android tasked with hunting down androids that have mysteriously deviated from their programmed behavior. 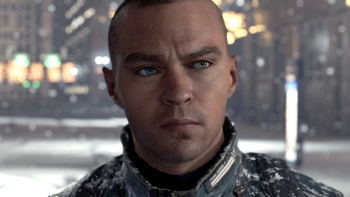 How far will I go to become free?
Model: RK200
"I don't know about you, but there's something inside me that knows that I am more than what they say. I am alive, and they're not going to take that from me anymore."

A former caretaker android who was nearly killed but reborn and takes it upon himself to free others like him from servitude.